Harvard’s Denial Of Asian American Applicants Is Based On Race

As Harvard is a well-known, prestigious university, it receives many applicants each year. With each college, certain factors are considered by the admissions process when reviewing applicants — not only are academics important, but Harvard has also sought to test an applicant’s personality, which many Asian Americans are currently claiming has led to a discriminatory bias. Recently, Harvard has been accused of denying Asian American applicants by consistently scoring them lower on personality tests. While Harvard has since denied such claims, the institute is being sued by the group, Students for Fair Admissions (SFFA), under these pretenses. SFFA currently has over 20,000 members, comprised of students and parents alike who argue against institutes that have racial preferences.

Why Harvard Is Being Criticized

According to the SFFA, Harvard has been aiming to diversify their school, meaning that they are lowering the acceptance of qualified Asian American students and welcoming those of other races. The institute has been consistently ranking those of Asian descent lower in terms of personality traits, and it is said that Harvard had internally investigated this claim in 2013, but failed to publicize it when it was discovered that there was discrimination present in its admissions policies. In the same year, Asian American applicants would have comprised 43% of admitted applicants if the acceptance was based solely on academics, but instead only made up 19%. The New York Times released an article detailing struggles written by Asian American applicants when attempting to apply for Harvard, with one describing how he academically succeeded, but saw himself wait-listed while other, less qualified students were accepted.

While these claims have yet to be admitted by the institute, it is evident that Harvard’s admissions policies are subjective and biased based on factors inherent to applicants. By consistently ranking Asian Americans lower in terms of personality traits such as likability, the college denies students entry because they are not as sociable as others. The testing of applicants based on their character should not affect their admission; these students have succeeded in other areas such as academics or extracurricular activities, but are consistently being dismissed because they are thought to have no personality. As colleges become more competitive, it is unfair to disadvantage an applicant and not provide equal chance of education to those who are certainly qualified.

Harvard’s grading system is at fault for causing this situation, for it has created a subjective evaluation of prospective students. Harvard needs to alter their admissions process by creating a system that is not based on personal opinion. By standardizing their process, Harvard will no longer have problems with discrimination in this area due to the personality tests, and will be able to give every applicant an equal opportunity. Harvard should seek to reform their process by first abolishing the personality test, as the creation of such a test in the first place is highly subjective and provokes favoritism. The institute should consider basing applicants on a system aimed toward evaluations of academic success, achievements, etc. The standardization of admissions processes will leave less room for criticism, creating a policy that will provide qualified applicants with an equal opportunity to attend the college they desire.

The recent allegations made against Harvard have recently shined light on the issue of discrimination in the college admissions process. Many feel that the institute has been denying Asian American applicants specifically by ranking them lower on their personality traits, though they are academically qualified. Personality tests allow for biased outcomes, and Harvard’s system should seek to change such a process. Colleges today should make it a priority to assess applicants fairly and in a non-biased way, as to ensure competent students have the ability to receive entry to schools they desire.

Disclaimer: The views and opinions expressed in this article are those of the author and/or student and do not necessarily reflect the official policy or position of United 4 Social Change Inc., its board members, or officers.
Tags:Affirmative ActionAsian AmericansDiscriminationharvard 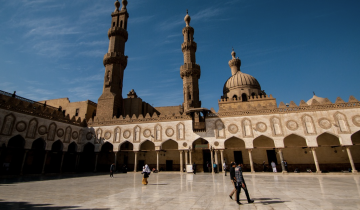