End Of The Five Year Moratorium

In 2013, more than 45 schools were closed in Chicago in an effort to reduce the $1 billion dollar deficit and the amount of depopulated schools. Many teachers were laid off and children from different communities had to travel further distances to attend school. As a result of the late decision in May, the city agreed to a five year moratorium which would not allow the city to close any schools until 2018. Now that the moratorium has ended, more schools are slated to close. Closing and consolidating schools in Chicago was claimed to be an attempt to provide under-resourced students with more resources, better academic achievement opportunities, and better future prospects. However, the epidemic of under-enrollment and violence in the city has been exacerbated by these closings that have broken up communities, reduced resources in impoverished neighborhoods, and increased tensions between Chicagoans.

Providing more resources to children in impoverished communities was a professed goal of the school closings. However, this was not the case for many schools. In a research study conducted by the University of Chicago, teachers reported that many essential class materials were lost in the transition. This made teachers and staff in the schools surveyed believe that the city did not care about the schools. Schools were given upgraded technology and some funding for the first year. The city implemented a Safe Passage program which places city residents on school walking routes to help students get to school safely. This was the one resource that families and students have found helpful throughout the past five years. The monetary funding from the first year allowed the schools to implement more education resources but these ended up being cut in many public schools due to the budget cuts over the past few years. New school buildings, especially charter schools, further the budget deficit that the city claimed the closings would reduce. A Roosevelt University study found that 71 percent of the Chicago charter schools were opened near the locations of closed schools in the 2000-2012 time-frame. This has increased the budget deficit that the city claimed to be reducing by implementing school closings.

Impact on Students, Families, and Teachers

Moving to a different school can cause a lot of distress for students, especially when they have established stable relationships at their old schools. Students have reported feeling resentment towards students at the schools they get sent to. Students and families mourned the loss of their school communities and relationships with teachers. Families also had to worry more about their children’s safety when having to send them to schools that were further away. Students had to cross gang lines to get to their new schools and many fear being harmed on their way to and from school. Some dropped out of school as a result. Teachers had to modify their teaching styles amid a population of students that had different educational backgrounds. Since schools with less resources were more likely to have a lower quality of education, teachers from better resourced schools had to spend more time helping new students catch up with the others.

Even though the Safe Passage route has been helpful, students still face danger when traveling to and from school. Physical altercations, threats toward teachers, classroom disorder, and gang activity is higher than before the merger of schools. Student adjustment and relationships between students improved over the years but the first year was very chaotic for student relations. The 46 Terror and SUWU gangs sprouted out of a school merger in 2007. Students were sent to Price Elementary School for grades 4-8 from two Bronzeville neighborhoods, despite the protests from the community that knew violence would ensue if the merger occurred. These gangs came to the forefront after the murder of Hadiya Pendleton in 2013. The massive school closings in 2013 showed that city officials did not care about the well-being and the voices of the communities.

Imbalance In Racial And Economic Impact

Those most affected by the school closings and mergers are from impoverished neighborhoods. The unreleased Annual Regional Analysis of 2018 reported that 27 percent of black students, 8 percent of Latino students, and 3 percent of white students are in the district’s lowest rated schools. Compared to 91 percent of white students, 45 and 72 percent of black and Latino students, respectively, are in the top schools in the city even though 10% of students in Chicago Public Schools identify as white. People of color and children in impoverished neighborhoods are offered less courses and few, if any, advanced courses. In order for many students to pursue a good education, they would have to leave their communities which can be perceived as an education and level of success that is not meant for them.

The Journey For Justice Alliance in Chicago provided some solutions to the failings of the education system. Among these was having culturally relevant instruction, putting more art courses in underserved community schools, and having course content that is more in-debt. Social emotional learning is needed in all Chicago Public Schools, especially in impoverished neighborhoods. Getting students to focus on education and their future is extremely difficult when many don’t expect to live long enough to pursue a career. Cultural and community relevant education will get students to be more invested in an education that pertains to their lives. STEM needs to be implemented in more schools in impoverished Chicago neighborhoods.

Closing schools and sending students to higher achieving schools has not improved the well-being of impoverished Chicago communities. Instead, communities have been torn apart and their pleas to keep their communities together have been largely ignored by city officials. Putting students in higher-quality education environments does not inherently improve their academic knowledge and social environment. Improving the quality of education, resources, and renovating existing schools in impoverished neighborhoods would keep these communities together.

Disclaimer: The views and opinions expressed in this article are those of the author and/or student and do not necessarily reflect the official policy or position of United 4 Social Change Inc., its board members, or officers.
Tags:ChicagoSchool closingsviolence

Harvard's Denial Of Asian American Applicants Is Based On Race 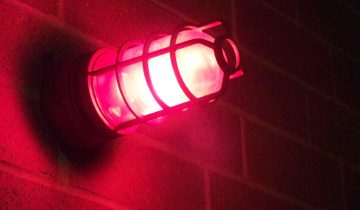