President Trump has stated that the Planned Parenthood Federation of America (PPFA) does great things for women’s health, such as providing vital STD treatment and cancer screenings, but still plans to defund the organization. To what degree should politicians interfere in the health decisions between a woman and her doctor? When politicians disagree with abortion services, they often use their power to interfere in the practice. The medical judgement of someone’s doctor should always be above a politician’s personal agenda. Planned Parenthood shouldn’t be defunded because it provides life-saving services to people who could not otherwise afford or access them.

Title X is a federal grant program exclusively devoted to preventative health care and family planning. It is most often associated with Planned Parenthood, but in reality, most of the organization’s funding comes from Medicaid reimbursements. For example, a woman with Medicaid receives Planned Parenthood services, most likely at no cost to her. Subsequently, the Planned Parenthood clinic submits a claim to Medicaid, just like any other insurance and gets reimbursed. Additionally, the Title X Family Planning Program has been around since the 1970’s and has benefited millions of people seeking preventative and reproductive care. Recently, President Trump has proposed several changes to Title X. He aims to ban health clinics from referring patients to abortion treatment. These proposals could also mean that regular family-planning services cannot be given by the same facility that also administers abortion services.

What Does Planned Parenthood Do?

A common misconception is that PPFA is only for women, but men also receive care at their clinics for STDs, fertility, and counseling. And of course, men can also be a part of family planning, proving that they are also an integral part of Planned Parenthood. The reality is, Planned Parenthood is an important establishment for people of all genders, financial statuses, and needs.

Some states have already moved to defund Planned Parenthood, such as Texas and Indiana. These instances of closed clinic centers have had disastrous effects. For example, in 2011, Texas’ legislature slashed the funding for their family planning budgets, causing a fourth of all Texan family planning clinics to close. Except that most clinics were not even Planned Parenthood facilities, which were the intended target. The closures proved detrimental for patients, especially in rural parts of Texas. To deal with the intense funding slashes, clinics were forced to raise prices for services/products that were previously free or at little cost. Many patients opted to not receive care at all rather than pay the new fees that they could likely not afford. This example in just one state is an alarming indication of what could happen if Planned Parenthood was defunded on a national level.

If you support men’s and women’s rights to safe, affordable reproductive health services, there are several initiatives you can take to influence legislation. Speak your mind, and outwardly advocate for Planned Parenthood. For example, PPFA has great steps you can take if you are in support of the organization. On their website, you can start a campaign, disseminate important information, and sign petitions. The personal opinions of politicians should never interfere in the basic, essential healthcare of American people.

Disclaimer: The views and opinions expressed in this article are those of the author and/or student and do not necessarily reflect the official policy or position of United 4 Social Change Inc., its board members, or officers.
Tags:Planned ParenthoodReproductive rights

Hong Kong, Where Living in a Pipe Isn't Absurd 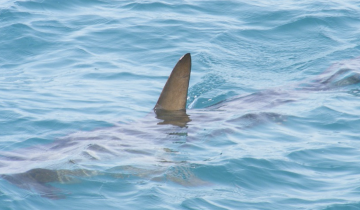