Islamophobia is any unfounded prejudice toward Muslims and their religion. These broad, false judgements target regular American people. Islamophobes’ views usually stem from one-sided news coverage and a lack of real world experiences. Islamophobia has been dividing our country for decades now, and its negative effect is appalling. For example, many Muslim women are afraid to wear their hijabs in public for fear they will be harassed, and schoolchildren have to face bigoted bullies. It has become increasingly normal to see the persecution of Islamic citizens.

Manifestations of Islamophobia in America

Islamophobia occurs in many forms, such as harassment, hate crimes, and media portrayals. Islamophobia is most commonly seen in public transport systems like bus, subway, and airplane terminals. In May of this year, a Muslim woman wearing a niqab was confronted and harassed in a Starbucks for her religion. Ultimately, Starbucks refused to serve the harasser. The Riverside, CA Starbucks confrontation has been viewed more than 1.6 million times on Twitter. And in July, a man was recently convicted for setting a mosque on fire, a severe hate crime. As for media portrayals, in a CNN interview, President Trump proclaimed: “I think Islam hates us”. The damaging generalizations made in mainstream media about the Islamic religion as a whole fuel hate in America. According to Pew Research Institute, the number of 2016 Islamophobia-fueled attacks on Muslims surpassed the attacks following 9/11. The phenomenon of Islamophobia has occurred for decades, reaching back to the start of the 19th century. At that time, Islam was seen as a direct enemy of Christians, Europeans, and civilization as a whole.

When an entire group of integrated citizens is rejected for reasons that are beyond their control, it says a lot about America. Our country is supposed to be melting pot of different cultures, backgrounds, and religions. Instead, we are a divided nation. The individual actions/perceptions of Islamophobes is typically spurred on by politicians, especially because of their widespread power. Political agendas are causing national tension that fuel hate and reject acceptance. President Donald Trump has said that Muslims “have to respect us. They do not respect us at all”. Controversial comments from our President exacerbate the situation by dividing Muslims and “us”, as if they are separate from the rest of the country. Instead of generalizing all Muslims, President Trump should acknowledge that Muslims are all individuals. Nobody should be put into a box based on their religion, race, or any other reason. Trump’s justification for his own ignorance is based on a small percentage of people with hostile intent. The crimes of other people should not represent an entire religion. Trump is exploiting the actions of people with ill will in order to gain support from wary Americans. The discrimination and bigotry in our society makes America weak, unpleasant, and hostile. We are weak, because when we present intolerance, we are divided and lack strength. Our country is creating an invidious and hostile environment, one not suitable for everyone to thrive in.

Islamophobia affects all Americans, but it can be stopped. Educating yourself and others about the culture and values behind Islam is important. That way, you would clear up any misguided preconceptions about Muslims. And if you ever see instances of bullying or discrimination- speak up! Dialogue is always the most constructive way to eradicate Islamophobia. With effective communication, you can get to the heart of the problem and describe the differences between what they see in the news and reality. Several organizations, such as the Council on American-Islamic Relations (CAIR), are dedicated to fighting unchallenged Islamophobia and offer several helpful tools. On CAIR’s website, you can report an incident, organize a campaign, or volunteer. Through awareness, this issue can become nationally recognized as detrimental to America and its people. A search of news coverage relating to Islam revealed that 94% of the stories were relating to the “war on terror” or political crisis. This type of media coverage paints people in a negative light. To counteract this, the mainstream media could also include stories about human rights, development, or culture.

Disclaimer: The views and opinions expressed in this article are those of the author and/or student and do not necessarily reflect the official policy or position of United 4 Social Change Inc., its board members, or officers.
Tags:islamIslamophobiareligion in America 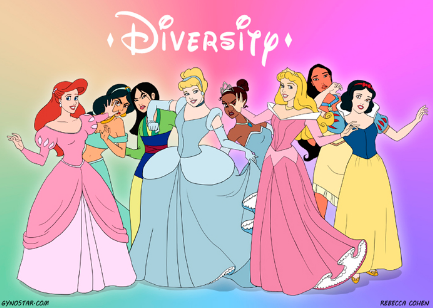