On July 19, 2018 in Clearwater, Florida, Markeis McGlockton, an African-American man, was at a convenience store with his five-year-old son when he saw Michael Drejka, a white man, berating his girlfriend over a parking spot. So, Markeis McGlockton confronted Michael Drejka over the matter by shoving him to the ground. However, after a momentary pause by Drejka, he decided to pull out his gun and shoot Markeis McGlockton in the chest. Unfortunately, McGlockton’s shot to the chest turned out to be fatal. Though when the police came on the scene, they did not immediately arrest Drejka for shooting McGlockton, citing that Drejka was justified in his use of lethal force under the controversial stand your ground law.

What Are Stand Your Ground Laws?

According to FindLaw.com, “Stand your ground laws generally state that, under certain circumstances, individuals can use force to defend themselves without first attempting to retreat from the danger.” So unlike standard self-defense laws, stand your ground laws allow someone that may be facing a dangerous threat to use lethal force without first trying to escape. While proponents of the laws say they allow people to better defend themselves in a potentially lethal encounter, critics say that they not only encourage unnecessary violence but invite racial bias. For example, a study by the American Psychological Association found that people have a tendency to perceive black men as larger and more threatening than similarly sized white men, which often contributes to the death and injury of African-Americans in cases involving stand your ground laws.

After Markeis McGlockton was shot dead, the sheriff assigned to the case initially decided not to arrest the perpetrator, Michael Drejka. Here was the sheriff’s explanation: “He had to shoot to defend himself, and those are the facts and that’s the law.” He continued, “Markeis wouldn’t be dead if Markeis didn’t slam this guy to the ground. … So Markeis McGlockton has got skin in this game, too.”

First off, the sheriff’s claim that Drejka had to shoot McGlockton in order to defend himself is false. This can be seen in the widely publicized tape of the altercation between McGlockton and Drejka, where one can see that Michael Drejka was not in immediate danger of losing his life after he was shoved to the ground. Specifically, one can infer this by identifying the momentary pause Drejka took before deciding to shoot McGlockton and the lack of impairment to his body that Drejka had both prior to and after firing his gun. Though, despite having access to the tape, the sheriff chose to prioritize Drejka’s perception of McGlockton in the heat of the moment.

In addition, the sheriff’s illogical explanation for why McGlockton was at fault in pushing Drejka is another blatant example of his prejudiced bias. For instance, according to the sheriff, Markeis McGlockton’s decision to shove Drejka in order to defend his partner, makes him partly to blame for his own death? Any reasonable person would not think that pushing someone warrants a gunshot to the chest. Moreover, based on this slippery slope logic, Drejka would’ve never had to shoot Markeis McGlockton in the first place if he had just minded his own business. Clearly this form of logic is flawed, but the fact that the sheriff resorted to such logic when he didn’t have to demonstrates the unnerving disposition that he had against McGlockton.

It was only after weeks of growing outrage from the public that the sheriff decided to go back on his original justification and arrest Michael Drejka. However, many African-Americans see this questionable action taken by the sheriff department and in effect are hesitant to trust in the idea that police institutions are committed to treating all citizens equally. For instance, considering how long it took the sheriff to actually arrest Drejka, it looks as if the police involved had to arrest Drejka because it was the politically correct thing to do, and not because there were sufficient legal grounds in the first place to do so. As a result, a subtle distrust between the African-American community and the police institution is able to perpetuate.

Fortunately, you can contribute to a better relationship between African-Americans and the police by supporting programs like Strategies for Youth to be implemented into more African-American communities, which allow both police and youth to learn about each through constructive dialogue and interactive games. Another helpful solution would be to encourage your local law enforcement to hire diverse policemen and women that more closely represent the people they serve, especially if it is a community of color. Lastly, you can encourage a culture of integrity in police departments by advocating for more police use of body cameras, which is just one way that can effectively hold them accountable for their actions.

The police department that handled Markeis McGlockton’s case should be more aware of the discouraging message that they sent: African-Americans aren’t a part of their mission to fairly enforce the law. Because though the sheriff involved with the McGlockton incident didn’t use police brutality or kill an unarmed African-American, he ruined a prime opportunity to show why police should be trusted by all the communities they are supposed to protect. Hopefully that sheriff will learn from his mistake, and prove his redemption by truly living up to a fundamental American value: to ensure liberty and justice for all.

Disclaimer: The views and opinions expressed in this article are those of the author and/or student and do not necessarily reflect the official policy or position of United 4 Social Change Inc., its board members, or officers.
Tags:criminal justiceover policingpolice-community relationsracial biasStand your ground laws 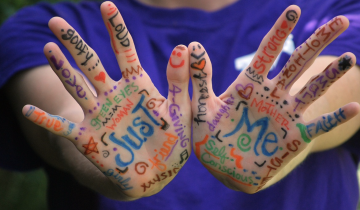