In the blazing wake of the Carr Fire, which has stretched across practically 100,000 acres in Shasta County, many residents are left homeless—and with more questions than hope. Some look to a car malfunctioning as the root of the matter, as evidenced through various reports. But several other factors served as perfect kindling for this summer inferno. And as the rest of the country watches on, others wonder: what can be done?

The Washington Post reports that it all began July 23rd after a car broke down on Highway 299—and the fire only grew to monstrous proportions. But is that the sole spark that ignited the powder keg of California? Let’s examine the general cause of wildfires.

The National Park Service argues that most wildfires are inflicted by humans, which puts the direct blame in our hands. But a combination of droughts and arid weather make California a prime location for wildfires. In the case of the Carr fire, it was an unlucky combination of broiling temperatures and vehicular complications that triggered the deadly blaze.

Like the haze of a volcanic eruption, a plume of pale smoke engulfs the sky above California’s pines. Not far away, columns of fire turned trees into glowing stalks of ember. And while helicopters frantically release water onto blazing grounds, the fire marches on. But amid this environmental destruction comes the loss of life and home. And as families sort through the rubble of ash for a semblance of their former lives, they’re left with one question: what’s next?

One such family is the Travis family, who called California home. But besides the loss of their beloved house, they feel an acute ache for the absence of memories and mementos—photographs, journals, and other keepsakes that make up the backbone of a family’s heritage. These are things which can make a family feel whole, and at home.

In another tragic case, the Carr Fire stole almost everything from one woman. And in a report by CNN, she told the news outlet that, because she owned nothing, among the first items she bought was a pencil—but to someone who has nothing, the most seemingly-mundane of things can mean everything.

Who Should Take Responsibility?

In a world which so often prefers blame to admitting faults, some questions linger in the wake of the Carr Fire disaster: who should take responsibility for the fire?

Can we really blame the driver when weather conditions — recent and persistent droughts, dry and sweltering climate — have been perfect for fires in a place so prone to wild fires to begin with? Perhaps. But a single driver can’t be blamed for a car malfunctioning—and, in turn, the loss of so many homes. Nevertheless, it’s vital for everyone to play their part if the nation is to rise from the smoke.

Ironically, an ember of hope remains in the ashes. While certainly it isn’t possible for everyone to directly and physically rush to offer aid in California, there are measures even the most remote of readers can take to lend a hand.

In fact, the Tri Counties Bank has founded a Carr Fire Fund—with an establishing amount of $25,000—and to which anyone can donate.

But, in the sage words of a certain famous bear, only we can prevent wildfires—and, as proof with the Carr fire’s inciting car malfunction—it’s up to every one of us to remain level-headed and responsible towards averting more deadly and disastrous infernos in the future.

Disclaimer: The views and opinions expressed in this article are those of the author and/or student and do not necessarily reflect the official policy or position of United 4 Social Change Inc., its board members, or officers.
Tags:californiaCar firesdroughtWildfires 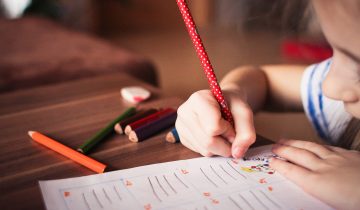