Over the last few centuries, diseases that were once prevalent, like polio, are becoming rare due to vaccinations. Thirty-five years ago, the World Health Organization declared that smallpox had been eradicated, the ultimate hope scientists have for all diseases. Vaccines can help prevent dangerous diseases, but some people fear that routine shots may result in serious complications. However, vaccines should be mandatory with a few exceptions, such as for medical or religious reasons. These exemptions should still be harder to receive than a vaccination because of herd immunity.

Herd immunity arises when a large percentage of the population has become immune to an infection, thereby providing a measure of protection for individuals who are not immune, and it is one of the main reasons why the government urges you to get vaccinated. Unless we can eliminate the disease, it is important to keep immunizing. Herd immunity requires optimizing the number of people who get vaccinated and is very important to the people can’t get vaccinated for certain diseases — such as people with serious allergies and those with failing immune systems (like people who have cancer, HIV/AIDS, etc.). When people do not get vaccinated, as was the case with Japan, epidemics occur. In Japan, when a rumor spread that there was no need to get vaccinated for pertussis, more than 13,000 cases of a whooping cough occurred and 41 people died, highlighting the need for consistent vaccination efforts.

In the United States, the Center for Disease Control has declared a measles outbreak, which scientists are attributing to the growing anti-vaccination movement. Federal health officials are investigating this outbreak because it has spread to 21 states and DC. The large majority of those who got measles were not vaccinated. If people stop vaccinating for measles or similar diseases, more epidemics will occur and diseases that are now almost unknown would stage a comeback.

Until currently, measles was on track to becoming extinct.

Why Some People Refuse Vaccinations

This begs the question: why are vaccines not mandatory then? Two main reasons given are for religious and medical reasons. Some people have allergic reactions to certain vaccinations. While rare, an allergic reaction can be life-threatening, and if someone knows they are allergic to a certain vaccination, they should be able to opt-out. Others refuse to get vaccinated based off of their religion. Under the First Amendment of the Constitution, Congress cannot infringe upon any religious establishment and thus cannot make any policy mandatory that infringes upon that religion as it is perceived as discrimination. Under the pretext of religious liberty, certain individuals may refuse to get certain vaccinations.

Furthermore, another reason some people do not get vaccinations is due to immunization policies that allow freedom to choose. While freedom in any policy is a glittering generality, with respect to herd immunity, it is highly encouraged to promote freedom from disease and epidemic over freedom to choose. Immunization policies around the world are anything but uniform and many allow the freedom to choose. The World Health Organization neither condones nor condemns mandatory vaccination policies, but suggests in favor of those types of policies in the case of an outbreak. In response to a measles outbreak, Italy is making childhood vaccinations mandatory, as it should. Health care providers say it is wrong to present vaccinations as a choice because the data suggests that everyone should try to get vaccinated.

When Vaccinations Should Be Encouraged

However, many doctors discourage absolute mandatory vaccination policies but believe vaccinations should be highly encouraged. Dr. Julie Leask of the University of Sydney says “regulation is useful but that absolute mandates go too far. We need requirements that encourage parents to get their children fully vaccinated,” she argued. “But there need to be exemptions for people that don’t vaccinate. It should be harder to get an exemption than to get a vaccine.”

This reasoning that vaccines should be mandatory but also allow exemptions is very compatible with the United States’ system of cooperative federalism, which gives some power to the states. Whether it’s for medical reasons or religious reasons, the power to exempt people from vaccinations should be left up to the states, given that the Tenth Amendment under the Constitution delegates all authority not given to the federal government to the individual states. However, what the federal government should consider non-negotiable is that it should be harder to get an exemption than to get a vaccination.

Overall, it is imperative for the states to encourage vaccinations. Other countries, such as Australia, have begun to offer financial incentives to boost compliance rates. America could follow suit, although it would require Congress to appropriate funds. The US should also continue policies that work, such as requiring certain vaccinations for school attendance. Another possible solution is to fund vaccinations deemed urgent for public health (i.e. measles). By removing a financial barrier, this makes it easier for people of low income to get vaccinated, especially considering that cost acts a deterrent. In conclusion, vaccinations should be encouraged and you should make sure to get vaccinated soon.

Disclaimer: The views and opinions expressed in this article are those of the author and/or student and do not necessarily reflect the official policy or position of United 4 Social Change Inc., its board members, or officers.
Tags:anti-vaxvaccines 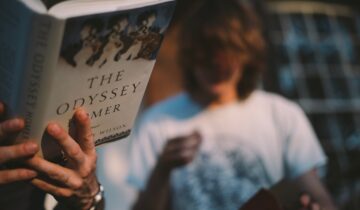