Historically, America has been known as the “Land of Opportunity,” providing colonists and immigrants with new chances. It encouraged people to emigrate to a new place that can grant them privileges. However, recent cases of immigration are the results of war, famine, or disaster that has struck the immigrants’ homes. Because the immigration process takes a long time, those who cannot afford to wait are forced to come in illegally for immediate shelter. Illegal immigration is a big problem as the people don’t have important documentation. However, mass deportation and the detention camps aren’t addressing the roots of the issues.

Although President Trump has signed the executive order for detained families to remain together in “detention camps,” he permitted the continuation of poor conditions and treatment towards immigrants. Because families cannot be separated, this has allowed zero tolerance to take over and force families back to their war-torn country. The government should abolish detention camps because they mistreat the immigrants and put future generations at risk of health issues and traumatic events. As these immigrant detention camps closely resemble the Japanese American internment camps, which were the results of racist motives, they’re nothing other than an unnecessary repeat of history.

Detention camps bring about many issues, including how treatment of undocumented immigrants at the camps isn’t great. For example, when separation was legal, the caretakers of camps with children weren’t able to provide comfort to the kids according to the instructions given to them. The children who’ve been separated risk the trauma of losing parents and psychological issues due to the loveless treatment in “tender age” shelters.

Moreover, military bases that house detainees were found to be providing contaminated water, adding to the children’s health risks. According to a 2017 government report, the detention camp conditions were poor. Bathrooms didn’t provide hot water, had mold and peeling paint, and provided a limited amount of hygienic supplies.

Not only were the conditions poor, the staff’s treatment towards detainees was neither respectful nor professional, and segregation was carried out based on incorrect criminal history. These points of concern can lead us to challenge if Immigration and Customs Enforcement (ICE) needs all of its detention budget. Center’s Executive Director Mary Meg McCarthy suggests to “drastically reduce ICE’s detention budget”, as ICE continued to demonstrate an “inability to provide for the safety and health of the tens of thousands of immigrants in its custody.”

Even if the conditions of the camp improve, they bare resemblance to past events, which suggests a repetition of history.

Not only do the detention camps provide poor services to the immigrants, the location of the camps are questionable as there’s a detention camp held in Arkansas that’s 2 miles away from a Japanese-American confinement camp used during World War 2. This choice of location has become a concern to the public because Aiko Herzig Yoshinaga, a survivor of a Japanese American internment camp, discovered documental evidence that these internship camps were formed due to racist motives, not military necessities. As a result, the government has recognized that the Japanese-American confinement camps were wrong, and the 1988 Civil Liberties Act was signed, granting $20,000 of reparations to survivors. Unfortunately, the presence and impact of these camps haven’t disappeared, as there are still victims living to this day who spent their childhood within cages, barred from a normal life.

Whether or not the location is a coincidence, the idea of the immigrant camps is parallel with Japanese-American confinement camps. After Pearl Harbor got bombed by the Japanese, the government started the confinement camps to segregate those with Japanese connections due to the fear of attacks from “their people”. When terrorism emerged in the public eye, the rate of incoming refugees from countries of conflict increased. Even though the Department of Homeland Security assessment asserted that the country of citizenship doesn’t determine one’s likeliness to commit terrorist acts, President Trump claimed that the January report shows that “3 in 4” terrorist-related people are foreign-born, supporting the mistaken correlation with refugees and terrorists. As a result, the government started detention camps to temporarily hold back refugees from entering the country. These two events both resulted from the fear and assumption of a specific group of people bring trouble to the country.

Based off these parallels, the message that present-day concentration camps are delivering to the public is a discouragement towards immigrants in need of asylum.

Learn From the Past

Although history is supposed to serve as a lesson for generations to learn from and not repeat, history has become “a blueprint for how to carry out similar human rights violations”.

As it wasn’t fair for Japanese Americans to be confined due to their racial background, it’s not fair to confine illegal immigrants in camps. They’re not responsible for the political issues that “their people” caused. We must avoid the repeat of internment camps because money, apologies, and reparations cannot take away the agonizing pain people faced in confinement.

The way to address illegal immigration is to improve the efficiency of the documentation process as well as end the detention camps. America can invest its funds into countries that need assistance with their issues instead of poorly facilitated camps that ignore basic human needs.

We should welcome the immigrants and give them a sufficient amount of time to fulfill requirements to stay longer and finish their citizenship applications. Since this would need more time in order to happen, we can donate to funds that pay to get immigrants out of ICE detentions.

Furthermore, we must address false accusations of immigrants being terrorists that steers us away from concerning others. If we continue to be self-centered, we’ll be disregarding our community members. It’s important to be up-to-date with the news about our surroundings because the lack of awareness leads to faulty accusations of other people’s situations.

Overall, people around the world are no different from us as we share the same necessities.

Disclaimer: The views and opinions expressed in this article are those of the author and/or student and do not necessarily reflect the official policy or position of United 4 Social Change Inc., its board members, or officers.
Tags:DetentionJapanese internmentundocumented immigrants

As a high school student, Kiran holds a desire to fight against injustice along with their interest to explore the math and science field. They believes that their voice among with others can bring change and wishes to improving on being an advocate. Along with their passionate feelings about social injustice, they enjoy a variety of interests like playing piano, drawing, and others. They hope that people will choose to be openminded and inclusive to others, and they believe that when people choose to expand their thinking and see each other as the same, harmony can be achieved. 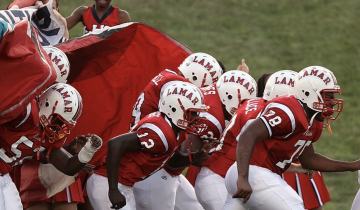 Back To School 2020: What Should High Schools Do With Fall Sports?