Hillary Clinton and the Glass Ceiling

Hillary Clinton won the Democratic nomination for president in 2016, making her the first female candidate to be nominated by either party. Although she ultimately lost the presidency, she won the popular vote. This devastating defeat for Clinton has led to an ushering number of women candidates this midterm cycle. To many women, Trump’s shocking election was personal, especially to those who were sexually assaulted. Similar to Kavanaugh, the president ascended to power even though he was accused of sexual assault. He has also made many disparaging comments about women such as “nasty woman,” “blood coming out of her whatever,” and “woman card.” A victory is needed for women solely to refute these claims and references and to restore a sense of dignity to the office of the presidency.

Year of the Woman in the Senate

Although Republicans won control of the White House and the Senate in 2016, a record number of women won Senate seats. In California, Kamala Harris of California replaced Boxer, sending a female to replace a female in the Senate. Senator Tammy Duckworth also won her race and would become the first female Senator to ever give birth while serving in the Senate. Later in 2018, Senate decorum would change solely for her and her baby. This progressive momentum would continue if a female candidate ran for president again, leading to an increase in the number of female senators. It will likely increase even more if said female candidate won the presidency.

However, progress was lost considering how Kavanaugh was confirmed to the Supreme Court. Many of his critics have shown that Kavanaugh will likely overrule Roe v. Wade. He was accused of sexual assault by Dr. Christine Ford and other claims of harassment have been filed by three different women. The President, who has also been accused of sexual assault, limited the FBI scope of investigation and Kavanaugh was confirmed, hurting survivors of sexual assault. Ford’s treatment at Kavanaugh’s Senate hearing shows why women need to be elected into office, as the men who questioned her have never experienced the sexual harassment that many women have faced. A female president would likelier have stood up for the survivor. Someone who has been accused of multiple sexual assaults is not fit to be sitting on the Supreme Court and by extension on the Oval Office.

Year of the Woman for Congress?

In this midterm cycle, there are a record number of women running for Congress. Notable stars include Alexandra Ocasio Cortez who beat a Democratic incumbent. She is a progressive. In Georgia, Stacey Abrams might win the governorship in a historically red state. There is a high record of women running on the Democratic side. Only time will tell if this year will be a year of the woman. A female president would inspire even more women to run and might change voters’ likeliness to vote for a female candidate.

To elect more women, organizations and political action committees need to be empowering women to run by providing them with the resources, connections, and funds to successfully compete with other candidates. Emily’s List, for example, is “an American political action committee that aims to help elect pro-choice Democratic female candidates to office.” Through these potential solutions, a female might finally win the presidency and empower more women.

A Woman in the White House?

Disclaimer: The views and opinions expressed in this article are those of the author and/or student and do not necessarily reflect the official policy or position of United 4 Social Change Inc., its board members, or officers.
Tags:Hillary ClintonKavanaughMeTooPresidency 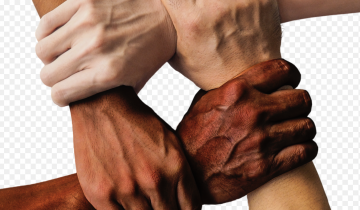