Graduating from college is important for college students and obtaining a bachelor’s degree gives you an advantage over your peers. However, having the degree is entirely different than using the degree. Due to the overemphasis on obtaining a college degree, the application of said degree has been a discipline that has fallen by the wayside.

Bachelor’s Degrees Are at an All-Time High

The Census Bureau reported that 33.4 percent of Americans 25 or older said they had completed a bachelor’s degree or higher. That’s a sharp rise from the 28 percent with a college degree a decade ago, according to The Hill. More people having college degrees in the past ten years has correlated to the unemployment rate decreasing, but more recent graduates are reporting underemployment than ever. Close to one-third of graduates work jobs that do not require a bachelor’s degree according to Forbes. This begs the question of what exactly is a college education preparing you for?

Of the many factors that influence a student’s decision to attend a college, career services are often overshadowed. Often understaffed, colleges lack the resources to provide job placement services to all students. Utilizing career services is voluntary on most college campuses, meaning students have a choice of whether to take their careers seriously, and many of them are not.

Academic deans make the mistake of not requiring internships within each major limiting a student’s ability to explore the possible job outcomes of their major. Even if students are switching majors, leaving a major with an internship salvages the major switch, with students entering a different career field with experience from their previous.

The two biggest obstacles in a college graduate’s job search besides lack of experience are having no idea what positions fit for them and not knowing what kind of jobs are available within a major, according to a CNBC report on post-graduate employment in 2016. The practical outcomes of a bachelor’s degree should be obvious to students after four years. The most effective way for students to know the practical outcomes within their major is to do an internship. In the recent past, colleges realized the need for education beyond the classroom, prompting an internship requirement at a majority of schools upon graduation. Eliminating the uncertainty of graduating college starts with prioritizing internships.

Internships Provide a Change of Scenery

Northeastern University is well known for their semester-long co-op program in which students spend an entire semester interning full-time for a company in hopes that the position will become permanent or boost their job prospects to future employers. Universities should model Northeastern by giving students the opportunity to learn the skills needed on the job in the career paths they are entering before they graduate. With jobs becoming more technical and more skill oriented due to technology evolving, any professional experience gained while in college only adds to your prospects.

College should require three internships for students to graduate. Not only do internships help with gaining experience, but the students gain an understanding of what they can do with their bachelor’s degree and what skills they need to acquire before they graduate.

Your College Education Should Be Enough

Colleges need to be held more accountable for ensuring that students are equipped to enter the workforce. Each student, no matter what type of institution they attend, should be able to say that they have either visited career services multiple times or taken a course in career development.

Making the most of your bachelor’s degree starts with learning better, not longer. To get the most out of your education, larger emphasis needs to be taken as the result of your education and not the way you receive it. Collectively, colleges and students need to be actively involved in reducing the rate of college graduates being underemployed after graduating.

Instead of passively hoping college graduates can do something valuable with their education, colleges should employ post-graduate career counselors to make sure students are taking the right steps towards furthering themselves. Even if it is one more meeting than they would have had during their four-year education, giving students someone that can hold both the school and the students accountable for their education will pay off in the long run.

Disclaimer: The views and opinions expressed in this article are those of the author and/or student and do not necessarily reflect the official policy or position of United 4 Social Change Inc., its board members, or officers.
Tags:collegeinternshipssecondary education

The US' Love-Hate Relationship with Saudi Arabia 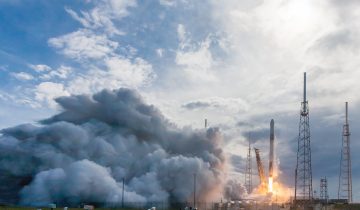