Migrant Children Are Still Being Separated

America is known as a place of freedom, a place where people from all over the world come to live. However, the current President of the United States, Donald Trump, has made the process for illegal immigrants, people who may be fleeing their country for multiple reasons and cannot afford to come legally, much harder. President Trump has created many detention camps for the migrant children to be sent to, apart from their parents and family. Although border control is necessary, the way the Trump Administration is handling it could not be more wrong, and the separation of these families needs to end.

What Separation Can Do to a Family

Separation can have many effects on anyone, especially as a child. For short-term effects, when a child is forcibly separated from a parent, their body starts to create more and more stress hormones as their heart rate increases. These hormones begin to kill off brain cells that help transmit messages. Because of this, the children face long-term problems with their brain, psychologically and physically. For example, the parts of the brain that handle fear develop differently because they are dependent on this relationship between parent and child. The children usually experience PTSD later in life because these parts of the brain trigger erratically. Physically, the child’s brain shows a smaller amount of the white and gray areas of the brain, which are made of fibers. These problems with child brain development are likely tied to the separation between the parent and child. Thus, child-parent bonds are some of the most important connections that we make in a lifetime, establishing how devastating it is for a parent to be forced away from their child.

Facilities Where the Children Are Kept

One of the many things that is wrong about this process is where the children are being kept. There are many detention facilities around the nation where children are being held, but what they all have in common is the lack of care and the terrible conditions. Most of these migrant families have gone through so much already, and have come to America for safety. Unfortunately, these camps do not provide any feeling of safety, and instead separate families and force these people to do nothing but wait. President Trump, however, has a different point of view. He states that “those are people that are very happy with what’s going on because, relatively speaking, they’re in much better shape right now”. In these detention facilities, it’s reported that in some areas, it has become so overcrowded that a few people had to stand on toilets. Many children don’t have access to showers and have been detained longer than 72 hours, the maximum allowed. Since December, five children have died in these detention centers.

Caring For a Migrant Child

Some of the separated children are placed in foster care. They are very hard to care for, due to the stress they have been put through. When the children started coming, the foster homes reported that it became chaotic and that the children rarely stopped crying. Some of them refused to eat or leave their room until they were allowed to speak to their parents. Many of the foster care children’s parents had been deported, and breaking the news to the child was one of the hardest parts of the job.

The policy that Trump had created which allowed the separation to begin is over, so why is migrant family separation still happening? Trump signed to end this policy in June 2018. Despite the end to this policy, around five children per day are still being separated from their families at the U.S. border. Zero tolerance directed immigration officers to file charges against adults who came across the border illegally. Actions that are only permitted with this policy are still being taken. Federal law requires unaccompanied minors to be released to a legal guardian. Many children come with other family members, like grandparents, aunts, and uncles, but the government only considers a family unit to be a child and parent.

A solution to counter the way illegal immigration is being handled now is that we can work with the Mexico and Central American governments. We can work to understand how we can prevent people from risking everything to come to the United States by making life better in their home countries. If they do come to America, it’s important that we make sure they stay together as a family unit, whether or not they make it through or get sent back. There are many ways to help the migrant children. You can donate to help provide the shelters the children are kept in with food and water, as well as other supplies. You can also contact your local Congressional representative to let them know that they need to invest more in providing appropriate care in detention facilities while families are waiting to apply for entrance to the United States.

[Image Attribute: Shaan Hurley]
Disclaimer: The views and opinions expressed in this article are those of the author and/or student and do not necessarily reflect the official policy or position of United 4 Social Change Inc., its board members, or officers.
Tags:immigrationseparated familiesUS-Mexico Border 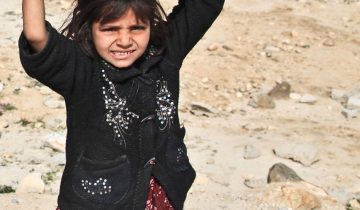