The recent 7-4 decision, ruled by the 9th Circuit Federal Appeals Court, will be detrimental to the health and wellbeing of thousands of Americans. The ruling decided that the Federal Government has the power to deny funds to health care facilities if they provide any services or information relating to abortions.

On July 11th 2019, the 9th U.S. Circuit Court of Appeals went through with its original June 10th ruling that the Federal Government is allowed to strip health care providers of federal funds under certain circumstances. Ultimately, this court ruling gives the Trump Administration the power to enforce a new “Title X Rule“. The original Title X is currently the only federal grant that is designed to assist low income families in need of family planning and related services. However, with the new rule, tax payer’s dollars cannot be directed to facilities in which abortion services are provided or discussed. This also means that other services provided by these facilities, such as STD testing, birth control, and cancer screenings, will be defunded as well. This ruling will not only greatly influence decisions made by women and their families, but also will most likely lead to health risks for women.

For organizations like Planned Parenthood, this new ruling is very real and could threaten their future. Not only will these health care providers risk losing major federal grants, but information regarding abortions that would normally be provided to patients will now have to be censored if the companies were forced to rely on Title X funds. Upon zeroing in on specific areas and organizations that will be affected, it is clear to see the risk that the new Title X Rule places on our country. The state of Maine, for example, is at risk of losing 85% of its clinics due to their provided abortion services, leaving almost 24,000 people with only one reproductive healthcare facility.

Additionally, Planned Parenthood, one of America’s major reproductive healthcare organizations, is at risk of losing $60 million in federal funds per year. As the nation’s largest abortion provider, the new ruling could majorly affect thousands of American women and families not only looking to have an abortion, but to receive other forms of reproductive healthcare that will be defunded under the new Title X Rule.

How the Ruling Will Affect Individuals

With many healthcare organizations facing risks of censorship surrounding abortion services or being shut down altogether, thousands of low income families will be left with little to no access to family planning services. Families all across America rely on government-funded nonprofit organizations such as Planned Parenthood, Center for Reproductive Rights, and the National Abortion Federation to receive countless different forms of reproductive healthcare. Services provided by Planned Parenthood, for example, include emergency contraception, general healthcare, HIV services, pregnancy testing, and much more, all in addition to abortion services and referrals. Essentially, this means that despite the vast procedures and tests many government-funded facilities provide, all will be defunded by the Title X Rule if the same facility provides or discusses abortions with their patients.

How You Can Help

Ultimately, new decisions being made by individuals in high government positions are putting thousands of women at risk and limiting their access to well-deserved health care. To fight against these new measure being taken, you can donate directly to Planned Parenthood to show your support.

To make a difference beyond Planned Parenthood, you can support the new hashtag and movement: #ProtectX, which is currently spiraling through social media. Just by using the #ProtectX, you are spreading much needed social awareness on the new Title X Rule. It is also important to call your senators and let them know the importance of protecting Title X funds, as they directly affect major decisions related to the future of the Title X Rule.

[Image Attribute: Sarah Mirk]
Disclaimer: The views and opinions expressed in this article are those of the author and/or student and do not necessarily reflect the official policy or position of United 4 Social Change Inc., its board members, or officers.
Tags:Planned Parenthoodtitle X rulewomen's health 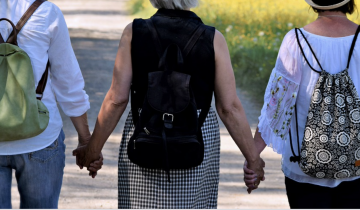