Third-world and developing nations are already used to having their fair share of hard-working farmers cultivating the top global crops, including rice and wheat, but world climate change has made raising these crops much more difficult by altering temperature and precipitation patterns. According to a study held by the University of Minnesota’s Institute on the Environment, most of these crops have yet to adapt to these changes, creating a considerable drop in the rate of crops produced. Altered temperature and precipitation patterns are just two of the many outcomes that climate change has to offer; without immediate changes regarding our global fossil fuel emissions, the worst has yet to come.

When the team was conducting their four-year study, they focused on the top 10 global crops which provided the majority of consumable food calories: corn, rice, wheat, soybeans, oil palm, sugarcane, barley, rapeseed, cassava, and sorghum. Their analysis showed that climate change affected crop yields in a variety of locations, which explained that yields of the most important global crops were declining. Global rice yields were reduced by 0.3% and wheat yields by 0.9% each year.

Even though climate change negatively impacted most of the crops in their study, some of the more drought-tolerant crops experienced a positive outcome. Sorghum yields had increased by 0.7% in sub-Saharan Africa and 0.9% yearly in parts of Asia because of the emerging “crop-friendly” weather introduced since the 1970s (due to climate change).

Based on the mixed pros and cons of effects of climate change on crop yields, it can be concluded that the change is forcing us to adapt to them faster than we have ever imagined, which is harmful by itself.

Due to the decline of global crop yields, the Intergovernmental Panel on Climate Change raised the question: How did this affect global food security (especially in food-insecure nations)? This question was critical for action against climate change. Once these crop yields were translated into consumable calories, the team concluded that climate change had been diminishing food supplies.

The study showed that climate change reduced consumable food calories by around 1% yearly for only the top 10 global crops. One percent may seem small, but that represents about 35 trillion calories each year, which is enough to provide more than 50 million people with a daily diet of over 1,800 calories. This amount of calories would have been essential for accommodating world hunger.

In addition to this, decreases in consumable food calories are already occurring in half of the world’s food-insecure countries, including many countries in both southern Asia and Africa. Lastly, after declining for a decade, global hunger rates have started to rise.

What This Means for the United States

For the United States and many other developed nations, the decreasing crop yields are causing a small net increase in prices of these crops.

Let’s take the United States as an example. According to a recent statement presented to the U.S. House Committee on Agriculture, the average prices for household and consumer goods is projected to rise from 3.5% to 4.5% by the end of 2019, and these prices are expected to remain costly.

This means that even though climate change’s effect on crop yields is mostly towards third-world nations, it also affects everyday life in developed nations.

Why Should I Worry About This?

Climate change affecting crop yields is just one of the many outcomes: the increasing temperatures, lengthening of the frost-free season, weather intensity and extremity, sea-level rise, Arctic ice melt, and many other consequences. If we don’t make urgent changes now, future generations will be forced to either adapt or suffer.

The world itself and many developed nations are not taking climate change as seriously as it should be taken, and in turn, there is not enough action being taken against this issue. One recent example of this was when the United States’ President Donald Trump declared climate change as a hoax. This sparked massive amounts of controversy and showed how the United States is not taking the right steps to address this issue, even with its large potential as a nation.

In order to address this issue, we first have to drastically slow down the amount of fossil fuel emissions that are being released into the atmosphere. Nations should employ alternatives when possible, such as plant-derived plastics, biodiesel, wind, and water power. In addition, we have to divert from corporations like oil stocks and invest in companies practicing carbon capture and storage.

But What Can I Do?

In order to stop this issue, we also must have citizens on board that are willing to make small changes. This can be very simple changes, like saving water when possible, consuming fewer meats, carpooling, recycling, composting, or simply just spreading the word, which are all beneficial for you and your household.

[Image Attribute: Pete Linforth]
Disclaimer: The views and opinions expressed in this article are those of the author and/or student and do not necessarily reflect the official policy or position of United 4 Social Change Inc., its board members, or officers.
Tags:Climate Changecropsworld hunger 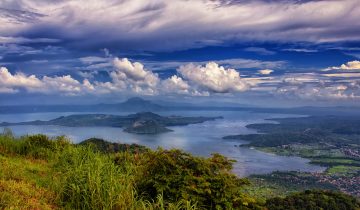 It’s Time For The Next Generations to Get Involved