ICE’s Action Of Raiding The Immigrants Is Absolutely Wrong

US immigration authorities had begun to conduct raids against undocumented immigrants. This administration, ICE (Immigration Customs Enforcement), is targeting newly arrived immigrants, which left many of the new arrivals frightened. Also, the newcomers are now living with fear because they don’t know when ICE will arrive and arrest them. ICE’s raids are extremely unjust because they’re unnecessarily cruel, utterly disorganized, and violating human rights.

Immigrants are faced with raids that President Trump issued. They are considered to be “undocumented immigrants” and are being forced out of their homes, so action needs to be taken. There are a million immigrants that were issued deportation notices by ICE. President Trump is targeting newcomers, like families and children, who would come to the US for refuge. A lot of families will be at risk if they stay in a hostile US, but they cannot afford to return to the even more perilous homes they’ve fled. Without the US, their lives would be in jeopardy. ICE’s actions are completely unreasonable because they are ignoring the extenuating circumstances of the immigrants.

ICE will not give any warning- they can go into immigrants’ homes, arrest them, and then deport them without a cause. This is just one way ICE is endangering immigrants. Immigrants are terrified to the point of hiding to protect themselves, not having enough courage to go out. Afraid that an ICE vehicle might be waiting or that police were secretly hiding, immigrants experience huge anxiety and discomfort in their lives. Thus, ICE raids are also aggravating immigrants emotionally and psychologically. ICE’s cruel orders to remove all immigrants are unjust; those immigrants have no basic human rights and the fact that they have to suffer mockery in the US is unforgivable.

Future For The Immigrants

The threats to immigrants were huge. For example, immigrants’ families will be separated. Children may have the possibility to stay, but the adults may not and they’ll be faced with future deportation. Forcing children to live without their parents will make them miserable; this is just one reason why those raids are extremely cruel. The immigrants also may become homeless because, again, the agents can come to their houses by surprise, so they need to go hiding. This is another way these cruel raids are forcing immigrants to live miserably. Immigrants, including young children, came here because they’re seeking a better future for themselves, but if the raids are going to separate families, all their hopes and dreams will be annihilated. Thus, ICE raids affect the immigrants’ future and tear families apart, attesting to how barbarous the raids are. Immigrants are living in darkness and fear right now. It has gotten to a point that even the big cities’ governments are helping the lost immigrants by handing out flyers on how to protect themselves. Therefore, the actions that ICE is taking are truly inhumane.

The Removal Process Is Grossly Disorganized

The deportation process is very chaotic because many of the ICE police department’s attempts to make arrests are unsuccessful. Although these raids have been causing a lot of stress to the entire community, only a few immigrants were actually captured. Sometimes ICE even messes up, with some US citizens being wrongfully detained because of its system malfunctions. Even white, naturally born American citizens aren’t immune to ICE’s mistakes. There’s a case in which a US citizen had no citizenship identification because both her passport and driver’s license were expired. So the government sent her to the immigration department and wrongfully detained a US citizen. Thus, ICE’s practices are so disorderly that they’re even impacting demographics beyond illegal immigrants.

No Rights Were Given For Immigrants

The immigrants were frightened knowing that the ICE is going to come and get them, but there’s no right for them to stay. Although the ICE agents did send over 2000 letters to immigrants’ families telling them to report themselves to ICE, it was just an empty courtesy because ICE wants to get the immigrants by surprise and needs no warning to proceed. Even worse is that if the immigrants were captured by ICE, they cannot defend themselves because they don’t have a right to even see a judge. The ICE agents can go into their houses without a signed warrant. The immigrants were not undocumented; they have a court order (removal order) that’s due process. They could save themselves by presenting this order to ICE, but ICE doesn’t care. This heartless action by ICE is totally unacceptable.

There Is A Second Chance

After all this, there could be hope if President Trump and ICE can think one step forward. There must be a solution that can keep immigrants without causing trouble. For example, immigrants can join the workforce or participate in manufacturing. The immigration department should issue permits for immigrants to work here. It not only boosts the economy and benefits the US, but also helps the immigrants themselves because they can get a stable living for themselves. The immigrants will not get deported and the families will not get separated. It’s possible that ICE and immigrants can have a win-win situation. So why not make it happen?

[Image Attribute: Fibonacci Blue]
Disclaimer: The views and opinions expressed in this article are those of the author and/or student and do not necessarily reflect the official policy or position of United 4 Social Change Inc., its board members, or officers.
Tags:ICE raidsimmigrationrefugees 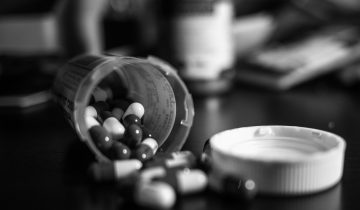