It’s Time For The Next Generations to Get Involved

Why This Needs to Happen

There are many current issues affecting the world today, but there are also future problems that need to be fixed soon before it’s too late. Most of the power over major problems is in the hands of people of older generations. However, these people are not doing nearly enough to help solve these issues because they will not be drastically affected by it in their lifetime, which is why the youth need to take the reins.

Problems of the Future

There are many problems that have started and are continuing to grow. One of the biggest is decreasing resources. Resources like metal and gas are being used up at a very quick pace, so much so that in China, where 90% of the Earth’s metal resources are found, the raw materials will be gone by the next two decades.

Another major problem we will face is the advancement of technology and social media. Social media already dominates many aspects of our life, but the more popular it gets, the worse it’s getting. Not only does it limit our privacy, but cyber-bullying has increased as well. Cyber-bullying leads to many other problems, like low self-esteem and anxiety, which have effects on different parts of life.

Other issues that need work from the future generations to fix include gender equality, racism, and LGBTQ discrimination. The fight for equality has grown, especially after the Women’s World Cup win. The men are paid a sizable amount more than the women’s team, even though the USWNT records have been better. Although racism has died down, it continues to exist. From name-calling to police shootings, racism is a byproduct of others’ fear and ignorance, and needs to be addressed if we want a united future. The LGBTQ community has long endured unequal treatment from society, and a lot of progress has been made to benefit them; however, that doesn’t mean prejudice and discrimination have been completely eradicated. For example, in 31 states there are no outright employment protections for people who are transgender (American Civil Liberties Union).

Climate change could possibly be the most important issue that is proven to affect the future of our planet, and the people it will affect the most is the youth. In just this summer, 11 billion tons of Greenland’s ice has melted, the country’s biggest ice melt yet. Politicians need to hear more from the people who will be affected by climate change in order from them to be motivated to make a change. Politicians often make decisions based on what people want, and if the youth speak up about this major issue, they will be more likely to do something about it, especially if they take into consideration that we are the next voters. While you don’t yet have the right to vote, you still have the power and right to speak up for what you want, and the more people that speak up, the more people will listen.

Ways to Get Involved

There are many different ways for the youth to get involved in issues, ranging from actions as simple as becoming educated on different topics to volunteering to raise awareness through different organizations. You can also work with local groups such as soup kitchens or peer mentoring programs to become more in touch with people who may be facing problems that don’t affect you as much, and find ways to help them. You can host events to raise awareness, lead donations, or host fundraisers. Any way to get involved is important, but if you are unable to make these actions, the most vital thing you can do is educate yourself for the future!

This OpEd was written by U4SC Student Intern, Mia.

[Image Attribute: Ray in Manila]
Disclaimer: The views and opinions expressed in this article are those of the author and/or student and do not necessarily reflect the official policy or position of United 4 Social Change Inc., its board members, or officers.
Tags:Climate ChangeequalityPollution 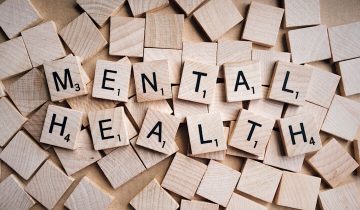