The recent Dayton and El Paso shootings and the resulting 31 total deaths call attention to the immediate need for harsher gun policies throughout the United States. However, with Trump having little to say about the recent tragedies, it is up to the public to make a change for the future.

Over the past two weeks, two major shootings in the US have taken place, one in Dayton, Ohio, the other in El Paso, Texas. The pair of mass shootings left 31 people dead and millions of Americans wondering what and who is next. Here’s the rundown of each shooting:

El Paso: 21-year old Patrick Crusius shot and killed 22 people and injured another 24 people in a Walmart on the morning of August 3rd.

Dayton: 24-year-old Connor Betts shot and killed 9 people and injured another 27 people in the Oregon District of Dayton, Ohio on August 4th. The shooting lasted 32 seconds until Betts was killed by police.

Despite carrying out the same crime, the two shooters found motivation for their murders in unrelated areas. The El Paso suspect recently confessed to authorities that he was targeting “Mexicans” and admitted to carrying out the mass murder. Authorities also believe that Crusius is responsible for a white supremacist message posted online before the shooting that claimed there to be a “Hispanic invasion of Texas”. It is clear to the police and the public that the likely motive of the shooting was hate, white supremacy, and racism. Contrarily, according to investigators and former friends and family of the Dayton shooter, Betts had struggled with mental illness his whole life. He also seemed to have a significant interest in mass shootings and violent ideologies in general. The topic of shootings was a constant point of discussion for him according to his friends, family, and ex-girlfriend. Richard Biehl, Dayton Police Chief, had said that Betts had a “history of obsession” with violence and mass murders and had conveyed the desire to execute a mass shooting.

Unfortunately, neither of these shootings come as much of a surprise to the American people, as mass shootings have started to become a reoccurring theme throughout the country over the past few years. The nonprofit Gun Violence Archive defines a mass shooting as “a single incident where four or more people are shot or killed, not including the shooter”. According to this definition, America has had over 250 mass shootings so far in 2019.

In a 2018 poll, it was found that 59% of American adults are dissatisfied with America’s gun laws that are currently in place. A more recent 2019 poll found that 67% of Americans support the movement for stricter gun laws in America. Despite these major and recent statistics, according to a 2019 Time article, the last significant gun control law was made back in 2008 (District of Columbia v. Heller), in which it was ruled that a Washington DC law banning handguns was a violation of the second amendment.

In times of hardship, we turn to our leaders. Following both of these tragedies, all eyes turned to our President. Provided with little more than a tweet from Trump, stating “Reports are very bad, many killed… Spoke to Governor to pledge total support of Federal Government. God be with you all!”, many people were left feeling unhappy with the measures being taken by the president. According to a USA Today poll, only 36% of Americans approved of the way Trump handled the shootings. Trump also received negative feedback from Democratic lawmakers and presidential candidates, due to the lack of specifics he provided regarding the next measures that would be taken against mass shootings in America.

Many politicians and celebrities took the opportunity to display their dissatisfaction with America’s current gun control laws. Pete Buttigieg tweeted “How many more must grieve before we act?”. Elizabeth Warren tweeted “We must act now to end our country’s gun violence epidemic”. Similarly, Bernie Sanders tweeted “Sadly, after each of these tragedies the Senate does nothing. That has got to change”.

Gun violence is a growing epidemic in our country that must be put to an end. We know this is not a far-fetched idea, as countries all around the world with strict gun control, such as Australia and New Zealand, have proven that it can be done.

Here are four things that you can do right now to join the fight against gun violence:

This OpEd was written by U4SC Student Intern, Zoe.

[Image Attribute: Fibonacci Blue]
Disclaimer: The views and opinions expressed in this article are those of the author and/or student and do not necessarily reflect the official policy or position of United 4 Social Change Inc., its board members, or officers.
Tags:Gun Controlgun safetymarch for our lives

Greenland Is Losing Glaciers Because Of Climate Change

What Are We Really Eating? 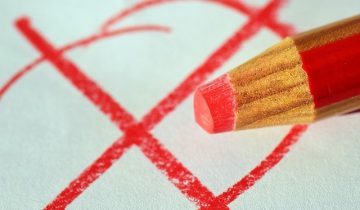