Recently, two tragic shootings took place in two Walmarts in America. One of the shootings was in El Paso, Texas, where 24 people were injured, and of them, 22 were killed. The other shooting took place in Mississippi by a disgruntled employee. Two Walmart employees were killed, and a cop was wounded.

As a result of Walmart’s inaction to these events, the employees are organizing protests against the retail store. They want Walmart to discontinue the sale of firearms as they are one of the largest distributors in America.

In addition, many social media figures and users are calling on Walmart to stop selling guns.

While it may sound simple, selling guns has been a big part of Walmart’s history. They used to sell all types of weapons, until recently. In 2015, they stopped selling assault rifles. Handguns are only sold in Alaska, and after the Parkland shooting, Walmart decided it would not sell weapons to people under 21. But, these restrictions aren’t enough to keep guns out of the wrong hands. In order to truly help the gun violence epidemic in America, Walmart needs to stop the sale of firearms altogether.

Other Companies Making a Change

People and employees were shocked that Walmart did not put any new policies in place or ban the sale of guns in stores. It’s not like getting rid of these weapons is unheard of. Dick’s Sporting Goods has pulled all guns and other hunting products from over 100 locations in response to the Parkland shootings. This decision was made despite several gun enthusiasts’ backlash. However, the CEO of Dick’s thought that something had to be done about the situation. Getting rid of these guns has even improved Dick’s Sporting Goods’ sales due to the allocation of space to other products. Who says Walmart can’t do the same?

Following the attacks, Walmart released a statement on Twitter expressing their shock and sorrow and informed us that they were working with law enforcement. Many large figures and normal social media users responded to the company’s tweet. Actress Alyssa Milano tweeted, “Hey @Walmart! This would be a great opportunity for you to take a true leadership position and stop selling guns.”

As it stands, Walmart is not planning to input new policies concerning guns, or get rid of them. The least they can do is use their large influence on other gun retailers to implement safer gun policies. Perhaps even convincing lawmakers to create stricter gun laws isn’t so out of reach. What we can do right now is support the Walmart employees’ petition for Walmart to end the sale of guns on change.org. We as people need to keep pushing Walmart to end the sale of guns in order to promote gun control and hopefully prevent more mass shootings. If Walmart does go through with it, it may lead to an even more drastic change as a nation on gun control.

This OpEd was written by U4SC Student Intern, Ashlyn.

[Image Attribute: Mike Mozart]
Disclaimer: The views and opinions expressed in this article are those of the author and/or student and do not necessarily reflect the official policy or position of United 4 Social Change Inc., its board members, or officers.
Tags:Gun Controlgun salesWalmart

Greenland Is Losing Glaciers Because Of Climate Change 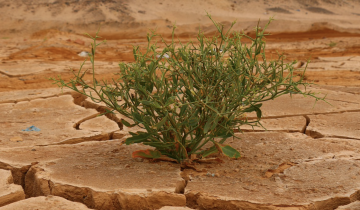