Global poverty comes in many forms. Scars of colonialism, imperialism, and warfare have plunged entire nations into economic ruin. Many wealthier nations see their responsibility, and so claim that they are working to financially empower and uplift the people who have suffered from their policies. Despite the billions of dollars given in aid, poverty, imperialism, and warfare persist. Policymakers around the globe need to reflect on this failure, and can only reach one logical conclusion. The current system of foreign aid and charity to developing nations is ineffective and should be either revised or stopped.

Although foreign aid is publicly stated to alleviate poverty or accomplish a similarly altruistic goal, foreign aid is often used as a bribe for policy concessions in other nations. China’s Belt and Road Initiative is a great example of this practice. The stated goal for this project is to increase infrastructure in the developing world and make the economy more accessible, lifting thousands out of poverty. In reality, the project is trapping developing nations in a cycle of debt so that they are forced to follow China in the international stage, all while China controls the profits of the initiative. The Belt and Road initiative will make the economy more accessible not to uplift the people of developing nations, but to make the impoverished citizens easier to exploit.

China is not alone in this behavior. The United Nation’s Security Council (UNSC) is comprised of fifteen seats, five of which are permanently assigned, and the other ten elected from the general assembly. The UNSC is the only part of the UN that has the power to authorize peacekeepers, sanctions, or binding resolutions, and because of this, a vote on the security council can be very powerful. A 2006 study from Harvard found that on average, a nation can expect seventeen million dollars more foreign aid for every year they are on the security council compared to when the nation is not on the council. Powerful nations can simply buy votes on pivotal issues regarding military force or sanctions, and poverty-stricken nations are willing to sell them. A 2007 study out of NYU compares the amount of foreign aid a nation receives and what they call the winning coalition. The winning coalition of a nation is the minimum number of supporters a leader needs to stay in power and enact legislation. Democracies have a very large winning coalition, as half of a nation needs to approve of a policy, while an absolute monarchy has a winning coalition of 1. The researchers found that nations with smaller coalitions receive more in foreign aid than large coalition governments, and this makes sense if foreign aid is used as bribery. In an absolute democracy, foreign aid needs to be split among every citizen to have an impact on how they vote while in an absolute monarchy, the entirety of the aid can go to the king. A leader wants to do whatever possible to maintain power. In a large coalition government, that means keeping the voters happy. In a small coalition government, the leader needs the money to buy the loyalty of key supporters. Aid allows for small coalition governments to be incredibly stable, as long as they follow the marching orders sent by wealthy nations.

Ineffective at Its Stated Goal

Foreign aid publicly has humanitarian goals, and so we should judge aid on the success of accomplishing those goals. Two leading professors in international relations, Bruce Bueno De Mesquita and Alastair Smith, examined the effectiveness of foreign aid in their 2011 book, The Dictator’s Handbook. The book examines how baby formula given to Iraq by the UN to help lower infant mortality never made it into the hands of the Iraqi people. Instead, the formula was sold on the black market by key governmental officials. Another example they highlight considers aid given to Pakistan in the 2000s to help fight terrorism. Out of the 6.6 billion dollars, the United States granted to Pakistan, only 0.0001% even made it to the military. Furthermore, Pakistan offered little resistance to Taliban forces pushing further into Pakistan. They offered the Taliban 5 million dollars and agreed to impose sharia law in the Swat Valley. Pakistan was careful not to fully eliminate the threat of the Taliban because doing so would eliminate the aid.

The Dictators Handbook also discusses the long-term economic impact of foreign aid. As previously stated, the rotating members of the UNSC receive 17 million more dollars in aid annually, and because they are practically elected on a cycle, they are effectively randomized. This is the closest we can get to randomized experimental groups on the effects of foreign aid. The economies of the nations grew on average one percent slower per year compared to the global average. This effect was noticeably smaller in democracies. Governmental foreign aid isn’t the only way that citizens of developed nations try to help developing nations. Mission trips, service trips, or other ways for wealthy tourists to go to poverty-stricken areas to perform manual labor have a strong negative impact on the economy of the area. Most nations in poverty lack strong educational infrastructure, so the citizens are only able to perform low skill jobs. By having wealthy tourists come and perform these tasks instead, the local people lose job opportunities, the ruler or landowner who needs the jobs accomplished no longer has to pay the workers, and the tasks are usually done at a lower quality because the tourists do not have the practice and skills that a local construction can have. Although well-intentioned, foreign aid traps nations in a cycle of poverty.

Foreign aid fundamentally changes the incentives of the government. A 2011 study from Indiana University examined what changes for a leader, and the effects it has on their country. For a nation that does not receive foreign aid, if a leader wants more funds for their policy goals, they either have to stimulate the economy or change their tax policy. Economic stimulation is hard to accomplish, and higher taxes are unpopular policies. A lack of foreign aid incentivizes leaders to do what is best for the nation. If a leader has a reasonable belief that they can count on foreign aid, they should either agree to policy concessions or make their problems worse. If a nation is in worse poverty, more corrupt, or more destitute, developed nations are more willing to grant aid because it appears the problems are greater. Often popular uprisings like the Arab spring, or the French revolution come from the government lacking funds and the people pushing for democracy. A bankrupt nation, although unable to provide for its citizens, is on the cusp of liberalization. A corrupt nation only becomes more corrupt with foreign aid, as the leaders can rely less and less on the people. Comparing aid and corruption is difficult, however. Most of the previous examples of mismanaged aid come from corrupt nations. Democracies tend to be wealthier, while nations with high corruption tend to be poorer. It’s difficult to say whether there is causation or simply correlation between corruption and aid, but policymakers seem not to care about any link between corruption and foreign aid.

The previous portions of this article lay out the failures of foreign aid, as if it is the fault of the receiving nations, claiming that they are too incompetent to effectively use the received aid to achieve policy goals or to help the impoverished, and that recipient nations are too corrupt to do anything good. The previous portions of this article discuss foreign aid taking the reason it is given at face value, but the publicly stated reason was never why foreign aid is given. At the very beginning, I claimed foreign aid and charity is a voluntary penance for colonialism, and the flaws of both systems are the same. The idea of “the white man’s burden” was used to justify colonialism. It’s the idea that Europeans have a moral duty to civilize the natives of Africa, America, and Asia. This idea can still be seen in current foreign aid; it’s given to make the citizens of the developed nation feel better about themselves. Wealthy tourists will go on expensive mission trips, although they could make a much larger difference with a fraction of the cost by donating the cash directly to the citizens. Charities like TOMS will donate shoes to people in impoverished areas, yet the citizens don’t need shoes; they need jobs. Wealthy people will donate shoes or labor because they think they know what poor people need better than the poor themselves.

Where Do We Go From Here?

It’s normal to want to help people, and I believe that we should push for our governments to continue foreign aid in a much more responsible way. One way to make foreign more effective, and cheaper, is to offer foreign aid as reimbursement for achieving goals. If we look at the example for Pakistan, this would mean that we promise a certain sum of money after reaching milestones in the fight against the Taliban. Instead of dragging out the struggle to receive more money in aid, they are incentivized to reach the milestones. Sums of money being given in response to cracking down on corruption can have a similar effect. Reimbursing nations for economic stimulus initiatives that are successful could additionally make the most out of every dollar of aid. Instead of mission trips based on manual labor, mission trips based on education and teaching marketable skills should be implemented, like the Peace Corps currently does. Charity isn’t impossible, but we can’t allow well-meaning donations to further global struggles.

Disclaimer: The views and opinions expressed in this article are those of the author and/or student and do not necessarily reflect the official policy or position of United 4 Social Change Inc., its board members, or officers.
Tags:corruptionForeign AidGovernmentpolitics

John Chekal is a Junior in high school. John is involved in Model United Nations, Boy Scouts, and Quizbowl. He is a member of the Youth Advisory Committee for the Community Foundation of South East Michigan. John is interested in political science, economics, history, and the classics. 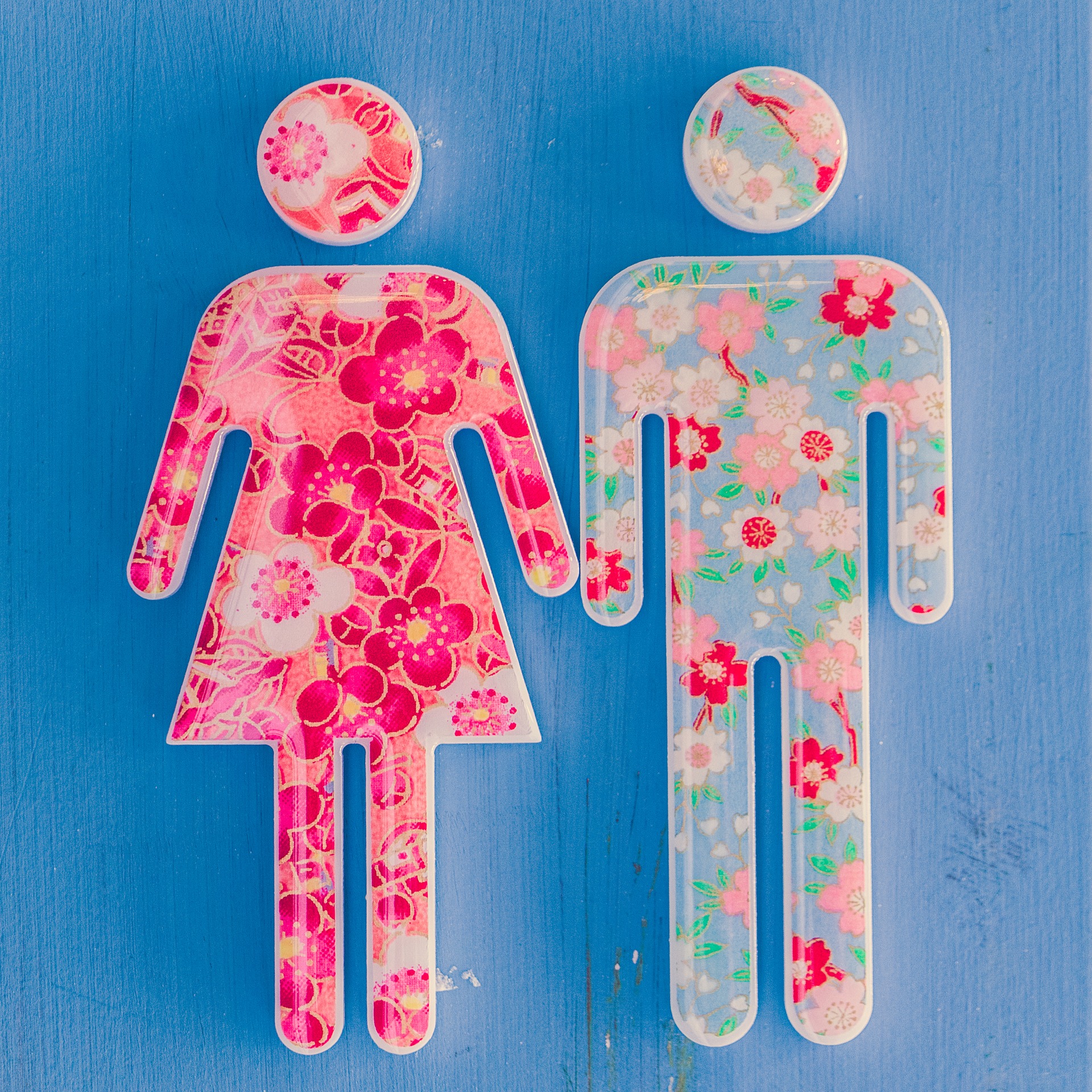