Across Twitter, Facebook, and Instagram, several videos have spread of a violent interaction between a California sheriff’s deputy and Elijah Tufono, an African American 14-year-old. The sheriff’s deputy can be seen holding down and repeatedly punching Tufono, causing many accusations of police brutality. Incidents of police brutality against African Americans are commonplace now, and sadly they are not a new issue. Throughout their existence in the United States, police departments have been plagued by cruelty. There are solutions to diminish the violence police officers inflict, but in order to implement and enforce them, our society must confront the systematic racism pervading all levels of the United States’ legal system.

Most early American police departments were loosely organized volunteer organizations. These groups eventually progressed into modern police forces, though this evolution happened differently in the Northern and Southern United States. In the North, major cities individually began to standardize police organizations by hiring full-time police officers that were accountable to the government. Labor unions and other public gatherings were often targeted by these institutions. In the South, police departments developed from slave patrols and were modified after the Civil War to enforce segregation. Both types of police departments were created more for the purpose of social control and the prevention of disorder than for true crime control.

From the beginning, police organizations have been marred by the use of excessive force. In the early years of the United States, African Americans and European immigrants were the main targets of harsh police treatment. By 1927, Black people were the victims of 30% of Chicago and Cook County’s police killings despite making up just 5% of the area’s population.

In the civil rights movement of the 1960s, police brutality was a central focus. Peaceful protests were often broken up via aggressive methods, including fire hoses and police dogs. On an individual level, police officers spread fear among Black communities by beating or killing African Americans. Stories about these incidents spread through Black newspapers and radio storytelling.

Even back then, this horrific violence did not go unnoticed. In 1951, a petition titled “We Charge Genocide” was presented to the United Nations asking for relief from the killings of African Americans. The report, which blamed the US government for being complicit in deadly American racism, named police officers as one of its grievances. The document was popular throughout the world, but the American delegation denounced it. Since the United States had great power in the United Nations, the UN never formally acknowledged having received the petition. Indeed, the US did not ratify the Genocide Convention (which defined genocide and obligated governments to avoid and prevent it) until 1986, although it was written and adopted in 1948.

Martin Luther King Jr. declared in his renowned “I Have A Dream” speech that ending police brutality was one of the main goals of the civil rights movement. “We can never be satisfied,” he proclaimed, “as long as the Negro is the victim of the unspeakable horrors of police brutality.” While King famously professed nonviolence, others took a more aggressive approach. After police officers John DeSimone and Vito Pontrelli arrested and beat African American cab driver John William Smith, riots in Newark lasted four days and resulted in 26 deaths.

The fight to end police killings may have seemed impossible, but it was not without solutions. In 1968, the Kerner Commission Report found that segregation, institutional racism, and poverty provoked inner-city violence and riots. Thus, tackling these issues would have created more peaceful urban communities. Its results were ignored, however, in favor of blaming black anger in order to justify increasing police militarization.

Due to a lack of past reforms, police brutality still persists today. In 2019, police officers killed a total of 1,099 people; 24% of victims were Black, despite being only 13% of the population. African Americans are significantly overrepresented among victims; they are three times more likely to be killed by police officers. Social media has allowed footage of these killings to circulate more widely. In the mid-twentieth century, Black newspapers and radio stations were often the only media sources to cover killings by police officers. Now, as social media has promoted increased awareness of this issue among non-Black communities, mainstream media sources have begun to cover some cases as well.

Unfortunately, there is still a lack of recompense for perpetrators of this crime. 99% of killings by police officers have not resulted in the officer being convicted. In fact, in 97% of cases, the officers weren’t even charged with a crime. The absence of justice is due to a combination of factors, including police corruption (including the “Blue Code”, in which police officers punish or ostracize their colleagues for speaking out against another officer) and victim-blaming, which paints victims as dangerous, guilty thugs.

As hopeless as this situation may seem, improvement is not impossible. Since 1970, there has been a 35-40% reduction in the number of people shot and killed by police officers in the fifty biggest US cities. To further decrease these tragedies, communities can take action to prevent violence inflicted by police officers. For example, police departments should enforce highly restrictive policies regarding use of force: officers should discharge their firearms only when legitimately threatened with death or serious bodily injury, and only when discharging will not endanger innocent persons. Most big cities have such policies in place, although smaller municipalities may lack these restrictions.

Officers must be truly held accountable for responsible use of firearms. The creation of a civilian review agency or community oversight group can often help to encourage transparency and decrease police corruption or secrecy. These democratically elected agencies should investigate officers, publish data about encounters involving the use of firearms, and open their meetings to the public. By representing communities impacted by police actions rather than allowing the interests of police departments to prevail, these groups are more democratic and more accessible than standard methods of police investigation.

Disclaimer: The views and opinions expressed in this article are those of the author and/or student and do not necessarily reflect the official policy or position of United 4 Social Change Inc., its board members, or officers.
Tags:corruptionculturepolice brutalityracism 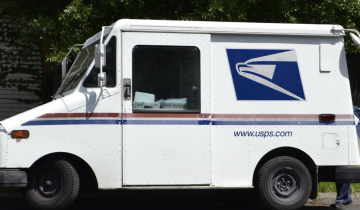 Save the USPS, It’s Needed Now More Than Ever