‘I Can’t Breathe’: Why Floyd Protests Should Come As No Shock To Lawmakers

Three words, uttered by George Floyd as Officer Derek Chauvin ruthlessly pinned him to the ground for eight minutes, have helped spark a further conversation surrounding the Black Lives Matter Movement. As a result of George’s murder at the hands of the Minneapolis police, widespread protests and riots have occurred in all 50 states and several countries worldwide. Millions of individuals have taken to social media to raise awareness, use their voices, and provide information to keep the movement alive. Others, however, have been surprised by the protests that have become violent. While most of the violence that has taken place has been sparked by police intervention, those opposed to the values of the movement are jumping at the opportunity to denounce the protests. Tomi Lahren, a host of Fox Nation, expressed concern over the protests: “The officer who killed George Floyd is fired, under investigation, and charged with murder. What justice are you seeking by burning down our country?” What individuals like Tomi Lahren fail to realize, however, is that the protests that are happening all across this country are not taking place solely because of Floyd: the Black Lives Matter Movement is a culmination of age-old, blatant discrimination against the African American community that has gone on for way too long. African Americans and other racial minorities have been beaten down throughout history and in contemporary times by unfair acts consisting of, but not limited to, healthcare biases, prejudice by the police, and housing discrimination. After enduring so many years of injustice, Floyd’s murder was the breaking point. It’s high time that this nation hears our voices clamoring for a systemic uprooting of our dangerous system.

It has widely been circulated that African Americans are disproportionately affected by the coronavirus. The virus exposed the systemic racism that is prevalent in the United States’ healthcare system, and the pandemic further exacerbated these issues. African Americans live and work in underserved communities that receive very little funding when compared to parts of America where white populations are high. African Americans have more of the pre-existing conditions—such as high blood pressure and diabetes—that worsen the impacts of the coronavirus because, as the National Geographic presents it, many are distrustful of the healthcare system due to blatant and clear discrimination; historically, doctors do not treat non-white patients with the same urgency. African American communities are neglected by health officials and do not receive the same amount of attention and funding predominantly white neighborhoods do. Those that are more privileged are definitely turning a blind eye because it is easy to recognize that food and medicine deserts are an imperative issue, but it is another thing to take the necessary steps to solve it. Unfortunately, the world we live in is full of people (I am guilty of this as well) who are sometimes too lazy to enact actual change. Complacency breeds corruption—plain and simple. Raising awareness is never an unproductive pursuit, but how one follows up on awareness is how and when change occurs. Making it clear to local, state, and federal governments that these inequities are part of the root cause of this country’s oppression is necessary to persuade our stagnant and unyielding government.

As mentioned above, many African Americans distrust the current healthcare system because of the biases maintained by healthcare providers and doctors. These doctors would never demonstrate their bias explicitly, but they (and everyone else) carry implicit biases that are truly harmful. When doctors were given the Implicit Association Test (IAT)—a test where people were asked to link black and white faces with pleasant or unpleasant words under time constraints—they were more likely to associate pleasant words with white faces. This definitely shows how racism does not have to be formally recognized by an individual in order for it to make itself apparent. We are extremely quick to judge and make assumptions about communities of color due to the way that they are portrayed in the media and pop culture.

Dayna Bowen Matthew’s book, Just Medicine: A Cure for Racial Inequality in American Healthcare, explains that the unconscious biases harbored by healthcare officials account for the disparities that exist between the quality of care that people receive. People get extremely uncomfortable when confronted with the idea that everybody has certain implicit biases toward people of color because we’d all love to imagine that we are not racist and do not possess certain attitudes that are entrenched in our society. Unfortunately, this is not the case: You, me, and our friends all carry these biases. While these biases are unjust and certainly do not deserve to be manifested in our world, they do. The first step toward change, however, is recognizing the biases that you hold and doing your best to actively go against them.

Police prejudice is one of the most recognizable forms of discrimination. In order to fully understand the scope of this issue, one must go all the way back to the Jim Crow era, the time in which our modern-day criminal justice system was formed. The criminal justice system that we still have today was designed during a time in American history where the distrust and apprehension toward black communities was at its climax. The Jim Crow laws were abhorrently racist and anti-American, and these attitudes that formulated during this time period never left the system. The system that dictates the safety of individuals was crafted in such a way that underprivileged communities suffered the most. The system was designed by whites in power and worked (and continues to work) extremely well for them. In addition, black and Latinx individuals are more likely to be pulled over for contraband, even though white people are much more likely to be found in possession of contraband. I find this to be incredibly frustrating. One would think that, upon examination of trends and reports of stops made by the police, police officers and legislative bodies (local and state-level) would have recognized the clear disproportionality. This shows how deeply ingrained this way of thinking is in not only the United States but also the world at large. Other countries often look to the US—which has a large stake in the global network —as a model for how their system works; because of this, racial injustices and inequalities that find a home in the US also find a home in other countries. Therefore, as a global power, it is up to us to stand up to our founding values of liberty and equality and to be a bastion of equity and fairness.

Housing discrimination against African Americans and other minorities has been an issue for several decades in the United States. Racial segregation and discrimination against minority communities pre-dated the passing of the National Housing Act of 1934, but this piece of legislation led to the disintegration of minority inner-city neighborhoods. This same discrimination continues to exist in contemporary America as well. A study found that, on average, minorities are told about fewer housing units than white individuals. This shows that the housing discrimination that is still occurring in the US further shoves African Americans and other minorities into a perpetual cycle of poverty. A larger proportion of these minorities are below the poverty line to begin with, and now they are forced to spend the resources that they do have on fruitless home searches that are not part of the bigger picture. The researchers that conducted this study suggested that victims’ complaints about discrimination should not be the primary method for reporting this discrimination. This is a fair assessment. It is unrealistic to expect individuals, who have been suppressed over and over again, to feel comfortable using their voices to speak out against discrimination that they face. Independent and thorough investigations must be conducted to thwart these events. It is up to privileged individuals who, frustratingly, will not be punished for using our voices to stand up for others; we must get to a place where everyone can use their voices without fear of retribution.

Considering all of the aforementioned social ills in this country, it is no surprise that protesting has occurred in this country. The Black Lives Matter movement seeks to call out all forms of injustice toward the African American community, and the injustices mentioned in this article are just a few that need to be addressed. However, due to the systemic and institutional oppression that exists in this country, it can be difficult for one individual, and even one political organization/group, to make a real difference. That being said, one does not have to completely overhaul the current system to effect change in their daily lives. Here are ideas to get you started:

Now is the time for us to listen. We must uplift black voices and listen to their stories. By listening and having an open mind and heart, our nation can better understand our citizens’ wounds and do our best to heal them. So I urge you to not just listen to African Americans’ voices, but to hear them; only then can we fully live up to our nation’s values.

Disclaimer: The views and opinions expressed in this article are those of the author and/or student and do not necessarily reflect the official policy or position of United 4 Social Change Inc., its board members, or officers.
Tags:Black Lives Matterimplicit biassystemic racism 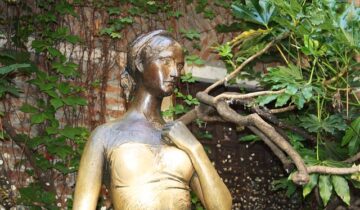 Reflections on a Pair of Tragic Deaths – Romeo and Juliet