Following the tragic murder of George Floyd at the hands of Minneapolis police officer, Derek Chauvin, millions of Americans have taken to the streets and flooded social media with signs and petitions demanding justice. Many have recognized that Floyd’s death was not an isolated incident, but simply the last straw, as American police officers have been disproportionately murdering and mistreating innocent black people for centuries. And what’s worse, these power-hungry officers, who are almost always white, are rarely held accountable. Their jobs and reputations are often protected by their status as police officers, as well as the color of their skin. These sad truths are nothing new, as the American policing systems have been racially biased since their establishment. The first police officers were tasked with hunting down and brutally punishing fugitive slaves, and during the Jim Crow era, police forces gassed and attacked peaceful black protestors. While the law enforcement system may have undergone some changes since these eras, the racial biases upon which it was built have still not disappeared. Consequently, many Americans have come to the conclusion that the only way to eliminate racism in public safety institutions is to defund and abolish police forces. In response to these demands from many, on June 7th, a veto-proof majority of nine Minneapolis city counselors promised to disband their city’s police department. Because police departments were built upon racist foundations, this ambitious pledge is an important step in the current effort to dismantle institutional racism and reimagine public safety in America, and many hope that other cities will soon follow suit.

It’s easy to be shocked by the fact that racially charged murders at the hands of law enforcement officers are still occurring so frequently in the so-called postracial year of 2020. However, one look at the history of American policing renders today’s climate unsurprising. The American policing systems began with slave patrols, which were groups of white southerners tasked with strictly, and often violently, enforcing laws related to slavery. The main goals of slave patrol officers were to hunt down fugitive slaves, as well as the people protecting them, and punish them accordingly. They were also expected to use any means necessary, including searching any property without a warrant, to combat and disband uprisings and riots led by angry slaves. The police forces were born hating black people, viewing them as criminals, and believing that violence was the best and only way to “control” them.

Once slavery was abolished, these slave patrols were technically disbanded, although law enforcement’s goal quickly transitioned to enforcing the Black Codes. These laws strictly regulated all aspects of the black labor force, and they placed significant voting restrictions on the black community. Soon after the 14th amendment was passed, making the Black Codes illegal, the Jim Crow era began, and segregation became the new system of oppression. During this time period, police officers were tasked with ensuring that black people followed the segregation laws. Police brutality was the norm for those black citizens who violated the Jim Crow laws in any way. Even so many years after the abolition of slavery, the main goal of public safety officers seemed to be targeting and punishing black people, rather than keeping all citizens safe. For example, officers were often bystanders to the lynchings of black people, and the white citizens who committed these murders were rarely punished.

Since the end of Jim Crow, these standards have hardly changed. Data from the Washington Post indicates that the police still kill a disproportionate number of black people in America. While blacks only make up 12% of the United States population, they make up 23% of Americans killed by police. In addition, a study conducted at Stanford University indicates that officers are still “hunting down” black people. The Stanford researchers found that between the years of 2011 and 2017, black drivers were significantly more likely to be stopped by police. However, this disproportionate rate dropped at night, as drivers’ skin colors became much harder to detect. This evidence makes it clear that, while it may appear as if law enforcement has evolved since the era of slavery, so much has yet to change.

Because American police departments were built on such strongly racist ideals, many are realizing that reform may not be enough to eliminate racism from law enforcement and public safety. Consequently, on Sunday, June 7th, a conglomeration of citizens gathered in Powderhorn Park in Minneapolis to engage in a peaceful protest against police brutality. Although protests have taken place in all 50 states in various cities, the citizens of Minneapolis were reasonably as upset, if not more, than those of any other city. After all, George Floyd was killed on their streets, and many of them were forced to watch helplessly as one of their officers sucked the life out of him. In response to the citizens’ anger, nine Minneapolis City Counselors pledged at this protest to disband the Minneapolis Police Department. They spoke of their realization that simply reforming the department would not be enough to truly put an end to racist policing in their city. They concluded that the only way to create real change was to disband the force entirely. Minneapolis Mayor, Jacob Frey, has not expressed support for the complete abolition of the department, but any hesitations he may have will likely be rendered insignificant due to the fact that a veto-proof majority of City Counselors are on board with dismantling the force.

The City Counselors’ promise was met with tremendous support from the protestors, the Minneapolis citizenship, and anti-racist activists around the nation. Many believe this to be a huge step forward in the current movement to finally obtain racial justice in America. It is especially critical for Minneapolis, as their police department has had problems for many years now. The M.P.D has frequently been under investigation due to various concerns, and as a result, citizens have been calling for change since at least 2016. The killing of George Floyd was not the first time the department’s flaws were exposed, but the City Council intends to make it the last. In place of the police, the city’s representatives plan to implement a variety of new programs, as well as invest more money in other existing ones, but they do not yet have a concrete plan. However, they’ve declared their intentions to work tirelessly on creating a reasonable one and putting it into action as soon as possible.

What Does Defunding The Police Really Mean?

Upon first glance, Minneapolis’s decision to defund and disband their police force may seem frightening. However, taking these actions will likely prove safer for the black community, and even for the community as a whole, in the long run. When money is taken out of the budgets of police departments, more funds are available to invest in various other public health and safety programs, as well as other important aspects of the community. These include mental health services, specifically for mental health crises, education, domestic violence services, and programs to support and house the homeless. In addition, many activists in Minneapolis and nation-wide have advocated for giving a portion of these funds to black-owned businesses, establishments, and community programs. The black community is inherently disadvantaged as a result of institutionalized racism, so providing it with funds would help combat this disadvantage and hopefully start to level the playing field.

Many activists believe that defunding the police is not only necessary to dismantle systemic racism, but also to improve public safety. While Americans are often conditioned to believe that the police have their safety and best interests at hand, this is not always true, as seen in the case of George Floyd and many others. Additionally, police are currently expected to handle a wide range of problems that they have barely been trained for. For example, in most cities, police are called to the scene in mental health crises, even though most of them are far from psychological experts. Without the police, or with a less funded police department, mental health crisis centers would receive greater funds, and trained psychologists could instead appear on the scenes of psychological crises. For example, Austin, Texas has recently recognized that an armed officer with little to no understanding of mental health is not the best person to handle psychological episodes. As a result, they’ve adopted a new 9-1-1 operating system, in which the operator asks the caller if they need police, firefighters, or a mental health professional when they call. It is these types of public safety revisions that are allowing and will continue to allow us to imagine a nation that has little to no police, but that, at the same time, is safer and more protective of all American citizens.

All over America, cities are headed in a similar direction to Minneapolis as they begin to realize the possible benefits to reimagining public safety. While no other city has announced that they will fully disband their police departments, many have made promises to defund or rework their departments, and it is likely that others may eventually arrive at the same destination as Minneapolis. Currently, 16 other cities have pledged to divest resources from the police. Two of these cities, Los Angeles and New York City, are some of the biggest, most populated in the nation. Los Angeles has promised to cut 100$ million to 150$ million from the budget of the LAPD and reinvest this money in black communities, while New York City Mayor, Bill de Blasio, laid out plans for a July budget that cuts significant funding from the NYPD. San Francisco, another big city, has also pledged to take part in defunding, although representatives have yet to provide any specifics.

Other cities have yet to announce plans to defund, but they have agreed to rethink the role of police in their communities. For example, Chicago has decided to take police officers out of public schools, and Washington DC is considering decreasing the overall number of police officers in their city. While these actions are not enough in the long term, they are still a step in the right direction, and hopefully, cities will start to take after New York and Los Angeles, and even Minneapolis, in the near future. That so many cities around the nation are at least beginning to rethink the role of their police departments is a good sign. Hopefully, politicians and citizens will continue to reimagine the future of public safety, understand the benefits of defunding and disbanding police departments, and combat racism in strong, impactful ways.

Disclaimer: The views and opinions expressed in this article are those of the author and/or student and do not necessarily reflect the official policy or position of United 4 Social Change Inc., its board members, or officers.
Tags:justiceminneapolispoliceracism

Disenfranchisement As A Punishment Makes Our Society Less Democratic 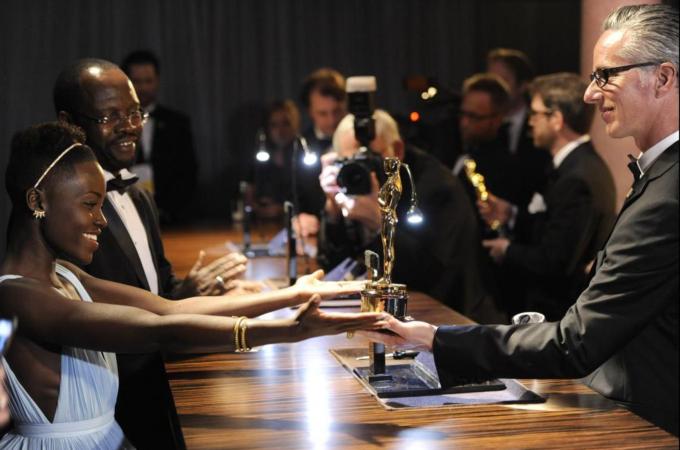