The spread of COVID-19 has been a major concern for quite some time now. When COVID-19 cases first started popping up in the U.S. back in the early spring, many businesses, mainly small and nonprofit, were forced to close. This would allow for strict social distancing measures to buy time for the development of technology against the virus and to prevent hospitals from going over their room capacities. However, this economic shutdown did not come without negative effects. Now, with the second wave of the virus anticipated, a second shutdown may be possible. Although a second economic shutdown may slow the spread of COVID-19 in its second wave, it should not happen as it can lead to more problems such as unemployment and a gap in education. Both lives and livelihoods are important, and we should work to save both.

Why Did The Economy Shut Down?

With a vaccine’s development underway and scientists still researching the COVID-19 virus, economic shutdowns occurred in the U.S. and several other countries. This would allow for the promotion of social distancing and proper hygiene, which would work to slow the spread of the virus. However, it is important to note that social distancing is not meant to stop the spread. Rather, it is to spread out the infections over a longer period of time instead of letting the virus run its course through the population immediately. This buys time for the development of a vaccine. By doing this, more lives are protected from the virus so that they can later be saved with a vaccine. This is one of the main reasons why the economy shut down.

Cons Of An Economic Shutdown

Although an economic shutdown will slow the spread of COVID-19, it will also lead to a multitude of other problems. During the first wave of the virus, many businesses were forced to close, with essential businesses being the exceptions. This left small businesses and nonprofits vulnerable, with less customers and less service. They were hit especially hard, leaving many people jobless and forced to file for unemployment, which not everybody is eligible for.

Although a stimulus check was sent out by the government to help relieve the financial burden many Americans were experiencing, it is only expected to cover “48% of individuals’ monthly spend on average, or 15 days worth”. Furthermore, 14.1 million Americans are without a bank account. This would make them among the last to receive their stimulus checks. So, although it helped Americans to some extent, the stimulus check isn’t a sure answer in fighting against the slowing economy as it can only go so far in covering individuals’ expenses.

The shutting down of the economy has also affected education. Many schools in the U.S. and in other countries were forced to close, and classes moved online. Many classes taught in these public schools weren’t quite designed to be held online. As a result of this, it became much harder for students to learn material without face-to-face communication. Some students report that they have not learned anything new in that period of time, leaving a gap in education that will be hard to make up for.

Furthermore, some education systems in developing countries are already struggling enough to provide a quality education for their students. The closing of their schools does not make matters better, as the technology that more developed countries use for remote instruction may not be readily available to less-developed countries. This makes it harder for them to educate students.

Although COVID-19 restrictions promote social distancing, many people who have been negatively affected by the shutdown have gathered to protest these restrictions, which may quicken the spread of the virus. Tighter restrictions during a second wave may only increase the desire to protest.

Even with its intention of saving lives, an economic shutdown clearly comes with many problems.

Lives And Livelihoods Are Equally Important

There has been an ongoing debate on whether or not we should direct our focus on saving lives from the pandemic, or save livelihoods among the slowing economy. We should be focusing on saving both, as both are similarly important. Why? Because both come down to the same thing: lives. In our economy, the necessities that we need to survive have to be paid for. Livelihoods bring in the money that we need to pay for those necessities. Without livelihoods, we wouldn’t have as much money to pay for the necessities that we need to survive, and our lives would then be at risk; just like lives are currently at risk due to the pandemic.

While lives are lost due to the growing pandemic, lives are also lost due to the effects of the slowing economy, due to rising suicide rates and increasing hunger and poverty in many countries. A worker in New Delhi, India, who has been affected by the economic crisis and is unable to afford food, states that, “Instead of coronavirus, the hunger will kill us”. The effects of the economic shutdown can clearly pose a threat to life.

There is no debate on which is more important; lives will be lost in each situation, which is why we need to focus on both the slowing economy and growing pandemic, never prioritizing one over the other. Because ultimately, all lives are important, no matter how they may be lost.

Saving Both Lives And Livelihoods

It will indeed take effort and planning, but we can work to save lives, which could be lost due to COVID-19 or the effects of the economic crisis. We should acknowledge the danger of lives being lost in both situations and communicate in a mature manner to propose solutions. We should also work to change the common belief that saving the economy is choosing “money over life”. There is more to it than that, as shown by the negative and deadly effects of the economic crisis mentioned earlier. The spreading of this mindset will prevent the acknowledgement of the potential lives that could be lost due to the effects of a shutdown.

If the possibility of a second shutdown increases as the second wave of the virus draws near, we should not go about doing that. We should learn from the last shutdown, analyze the statistics, and brainstorm other ways to focus on flattening both the pandemic and recession curves. Some ideas include keeping all businesses open while also promoting proper hygiene and sanitation. Those who are sick or who are exhibiting symptoms should stay home, as well as those who may have been exposed to the virus. Readily available tests should help determine whether or not an individual should stay home if they have been exposed to the virus. Those who are in the high-risk groups might consider quarantining, and if they are employed, should receive an opportunity to work from home. Proper sanitation measures should be utilized in all public places. This should slow the spread while also keeping the economy open at the same time.

In conclusion, a second economic shutdown should not happen during the second wave of the virus. It will only lead to more problems such as unemployment and a gap in education. Ultimately, lives can and have been lost both due to the pandemic and from effects of the economic crisis. We should stop the needless debate over which matters more—the pandemic or recession curves—so that we can learn from the past lockdown and create effective change. All lives are important, no matter how they may be lost.

Disclaimer: The views and opinions expressed in this article are those of the author and/or student and do not necessarily reflect the official policy or position of United 4 Social Change Inc., its board members, or officers.
Tags:COVID-19EconomylivelihoodShutdown

A Hidden Pandemic: The Effects Of COVID-19 On Mental Health 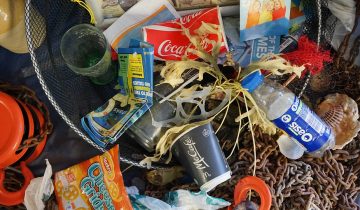