Imagine not having a classroom, books, or teachers. Many children in undeveloped countries have to endure the reality of having extremely little access to quality education. Education, unfortunately, is not accessible all around the world. Education should be an equal opportunity. Did you know that “twenty percent of young people in developing countries fail to complete primary school and lack skills for work”? These children were unable to access the basic fundamentals of education. A good education is the first step for improving undeveloped countries’ economies. Furthermore, education has a positive effect on future generations and overall on society. Although many argue that there is no point in educating impoverished populations, education is necessary because it can minimize poverty, support economic growth, and provide opportunities to reach one’s full potential.

Poverty & Its Effect on Education

In some of the most advanced countries, such as Australia, “students will complete ... an impressive 20-plus years of schooling” while for their counterparts in impoverished countries, the idea of education is not ideal. “Poverty is a common barrier to girls’ education in developing countries.” Many girls around the world are more likely to be excluded from school and face multiple obstacles to education. For many young girls, education is inaccessible. “In impoverished villages where schools are inaccessible and not encouraged, gender roles lead to a third of girls in India marrying off their educational futures.” In underdeveloped countries where there are existing poor conditions, education is simply not a necessity. Due to disparities, in some undeveloped countries, education is nonexistent because people are worried about other basic necessities of life, including food, shelter, and clothing.

Although some people believe education in undeveloped countries is “useless”, others understand that everyone is deserving of the opportunity. Who live in destitute environments are not given the same opportunities, it creates a setback on the country and its people as well. Thus, creating a never-ending cycle of poverty.

Education is a key factor in reducing and preventing poverty. Children in developing countries should be able to access a basic education because it is an effective way of helping nations overcome poverty. When children do not have easy access to education, they tend to resort to bad behavior and in theory, resort to crime. While crime is not exclusive to just people who reside in poor environments, it is more likely to occur in those desperate situations. When people become educated and are employed, the idea of “a better life” is instilled into their new perspective. When undeveloped countries have education, the countries and the people begin to become independent and become innovative. Essentially, they are able to support themselves and do not need to depend on other developed countries.

Knowledge is an essential tool for children and adults to navigate and thoroughly understand the environment around them. However, how you choose to use it will determine the impact that knowledge will have on your life. Knowledge allows us to think critically for ourselves and be free from relying on the preconceived ideas of others. In this case, children would not have to rely on institutions.

According to Visual Capitalist, Côte d’Ivoire’s “government has made improvements to its basic social services”. However, “the country falls behind on categories like access to education and fair wages.” The authorities’ mission is to guarantee sufficient public and private funding that reaches all degrees of the education system, perhaps to such an extent that the nation’s economic growth can be taken care of and continued by an educated and skilled workforce. There are undeveloped countries that are aware that the first step to economic growth is through an efficient education system. Educating impoverished countries will allow them to exit poverty and thus create a prosperous economy.

The human capital theory supports the idea that education is crucial to lifting one’s self out of poverty. This is a theory that is described in Lectures in Labor Economics. It states that “human capital corresponds to any stock of knowledge … the worker has … acquired … that contributes to his or her ‘productivity’.” This definition is broad, but in terms of this topic, it is evident that the amount of time and effort that is put into one’s education will determine how productive they will become. This is entirely based on how much is invested. Thus, if children in undeveloped countries have no education, the outcome is bleak simply because of how little knowledge and skills people acquire without schooling in underdeveloped countries. Ultimately, education leads to an increase in opportunities and an improvement in the quality of life.

There are some people all over the world who are yet to be exposed to education. It is beneficial that future generations of undeveloped countries are given opportunities. Oftentimes, it is not a choice to not go to school but simply because they may not have the resources to further their education. According to the Brookings Institution, there are millions of young children globally who are at risk of not reaching their full development. This demonstrates that because they suffer from the negative consequences of poverty, it can lead to inadequate learning opportunities. A child could be brilliant; however, they may not have the sources to pursue in a career to lift them out of their current state of poverty. Having an education is an important opportunity for these children simply because it gives them an opportunity to thrive later in life.

In some circumstances, it could also be beneficial for developed countries to help assist through foreign aid. For example, “South Korea was provided strategic foreign aid after the ceasefire on the Korean peninsula in 1953, creating one of our most important allies and our 6th-largest trading partner. The return has been exponentially higher than the investment.” It has been 67 years later and Korea’s economic structure has been greatly impacted and is now one of the wealthiest countries in the world.

Education helps those in poverty because knowledge is simply power. Education gives us an understanding of our general surroundings and changes it into something better and has the potential to give everyone an opportunity. What we can do is help lend a hand to other countries.

Not only is money a benefactor in helping undeveloped countries, but helping build schools and volunteering and choosing to make the decision to help others.

Disclaimer: The views and opinions expressed in this article are those of the author and/or student and do not necessarily reflect the official policy or position of United 4 Social Change Inc., its board members, or officers.
Tags:developmenteducationopportunitypoverty

The Role Of Healthcare In Human Trafficking 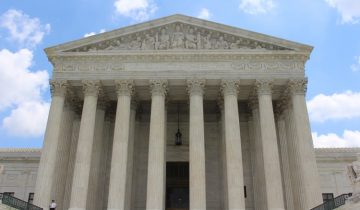