On June 19th, Tennessee passed a new law that placed outrageous restrictions on people’s ability to access safe, legal abortions, becoming one of the latest states to do so. The bill is one of the latest ‘heartbeat bills’, mainly looking to ban all abortions after 6 weeks. The law reflects the country’s sharp partisan standpoint on the issue. This has been a long-standing divide in the nation, and according to recent research, around 61% of Americans think abortion should be legal in all or most cases, and around 48% said that having an abortion is morally wrong. Thus, there are many nuances and specifics to the different perspectives on the issue. This new law showcases some of the extreme stances on the issue coming from a republican state and senate and backing a pro-life agenda. However, the pro-life argument is weak on its basis. Although the TN state senate cites the recognition of the unborn’s humanity, it misinterprets scientific evidence in its reasoning, poses a great threat to the safety of many vulnerable groups, and violates multiple constitutional rights, making this law reprehensible.

One of the major issues posed by this law is the misinterpreted and misrepresented scientific foundation for its prescribed restrictions. The issue is that this law actively prohibits all abortions after 6 weeks with no exceptions for rape or incest, except for cases where the mother’s life is in danger. This is because that is when mostly the first heartbeat is heard. However, this cut off point is not only unconstitutionally based on religious and spiritual grounds, but it is contradictory to the current scientific consensus. Not only is the ability to detect a heartbeat variable from woman to woman and the equipment a clinic is using, and therefore not accurate to assume it is always noted at 6 weeks, but it also does not convincingly establish that the fetus’ humanity. Research suggests that a fetus develops sentience, and the basic neural ability to transmit sensory information, between 18 to 25 weeks of gestation. Sentience is defined as the ability to perceive and experiences one’s environment and general emotions. A fetus also is suggested to be able to perceive pain only in the third trimester, which begins around 27 weeks. These scientific arguments make the 6-weeks cut-off point dictated in this bill baseless in its attempt at establishing human-like behavior and experiences built off of nothing but a spiritual and religious opinion. Additionally, a woman in most cases is unaware of her pregnancy until after the 6-week mark, making it logistically impossible for women to access legal and safe procedures. A heartbeat is not the one thing that signifies humanity, and should not be considered the ultimate indicator of that on a legal level.

The outright extreme restriction and banning of most abortions as detailed by this law could additionally cause great harm to the population’s most vulnerable groups. Women of color are more likely to have unplanned pregnancies and get abortions, which is argued to be due to systemic wealth gaps between these groups that force them to seek out this procedure. This also applies to all women who are stuck in poverty, as data shows that around 75% of abortions are for women who are poor or of low income. Also, this law could result in a massive increase in unsafe abortions. The WHO has long argued that unsafe abortions are a result of severe restrictions on obtaining abortions, which often result in complications, severe injuries, and great danger to the mother. This is especially true considering the fact that the bill does not make exemptions for rape or incest. In the legislators’ attempts to recognize a fetus’ humanity, they overlook the already living human that they are elected to serve, overtly ignoring clear ways to truly help them.

This law is facing criticism from many, especially from Planned Parenthood, The Center for Reproductive Rights, and the American Civil Liberties Union in TN, as they move forward with a lawsuit against this law, citing that it is an unconstitutional and harmful law. The lawsuit argues that this bill effectively targets pre-viability abortions even though TN law already bans abortions after viability, making the law unconstitutional. Additionally, this law is in direct violation of the 14th amendment that states that a person has the right to privacy to choose to have an abortion, plan family without government interference, and the right to bodily autonomy. Roe v. Wade is a landmark supreme court ruling from 1973 that affirmed a woman’s right to choose an abortion, wherein 2019 research showed that 7 in 10 Americans do not want to see it overturned. This law is effectively attempting to take away a woman’s right to choose what is right for herself and her body, making it unconstitutional.

Evidence has shown there to be effective ways to lower the rates of abortions. Research indicates that the best ways to actually lower abortions rates in a community are increasing access to contraceptives, improving sexual education, and ensuring paid maternity leave. If the legislators’ final goal was to lower the number of abortions done in their state, they would be focused on these data-backed solutions rather than restricting access to safe abortions in order to not harm their constituents. Additionally, it is important to elect officials whose number one goal is to protect and serve their communities because they are able to enact change through law. Just last month there was some good news in regards to the fight for bodily autonomy, where the supreme court has just turned down a huge Louisiana abortion restriction bill that stated that only doctors with admitting privileges for nearby hospitals could perform abortions, which consequentially cut down the number of abortions clinics significantly and harm many women. This reaffirms hope in the court’s ability to maintains a woman’s freedom to choose what is right for her body, which will hopefully continue; however, it shows a great need for people to not only educate themselves on the issue of abortion but also elect people into office that have a proper understanding of this procedure.

This topic is exceptionally charged because it tackles a very personal aspect of a person’s life. However, evidence has continuously proven that a pro-choice agenda aligns much more closely with the current scientific and statistical consensus. This law will not be reducing the number of abortions that take place in Tennessee because women will turn to unsafe and invasive methods of terminating their pregnancies. This makes this law much more harmful than helpful. If the pro-life movement was to care more about the lives of these women and the eventual reduction of abortion rates, they will turn to and support proven strategies such as enhancing sexual education in this country. If you personally believe in this cause and would like to learn more about this and donate to organizations that fight for a woman’s right to choose, I encourage you to check out Planned Parenthood’s website, which outlines ways for people to get involved.

Disclaimer: The views and opinions expressed in this article are those of the author and/or student and do not necessarily reflect the official policy or position of United 4 Social Change Inc., its board members, or officers.
Tags:abortionRightsWomen 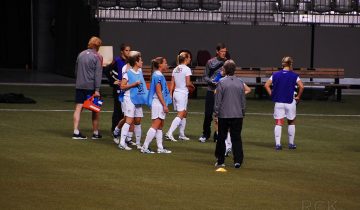