White Mainers and Racism: Past and Present

I live in one of the whitest states in the country. With 94.48% of Maine’s residents identified as white, Maine is one of the places in this country where young people can grow up never interacting with people who look different from them. Combine this with the small town, tight-knit nature of Maine’s population, and the ability of Mainers to relate to and work to solve discriminatory racial problems drops dramatically. In this time of widespread Black Lives Matter protests and calls for defunding police, many Mainers feel far removed from a movement prioritizing communities we are unfamiliar with and actively calling to oust friends and neighbors from our supposedly-quaint police departments. Some strongly hold the belief that Maine does not suffer from the racial disparities present in other states. However, despite the make-up and situation of our communities, white Mainers have more work to do than most to not only make up for our racist past, but to make this state a comfortable and welcoming place for people of color.

As a historically white and isolated state, Maine hides a surprisingly virulently racist past. Starting as early as the 1920s, Ku Klux Klan demonstrations took place throughout the state, and were even incorporated into town celebrations, such as a centennial celebration in Brownville Junction in 1924. As recently as the 1980s, rallies and cross-burnings were held (and protested) within the state. Interestingly enough, early KKK members were more often protesting Catholicism in northern Maine than they were black people. This does not change the effect of their actions on people of color, and later actions by this group were certainly racially-motivated, but the early causes of discrimination that infected our small towns were different than one may expect. Many are unaware of these events in our state’s past, or feel we’ve come a long way from the discriminatory actions of these years. Others believe that it is not important to make any changes, as the percentage of people of color in our state remains so low. However, there may be more evidence within our past and present, which perpetuates our current lack of diversity, a fact many Mainers may be slow to accept.

Discrimination and racism are still rampant in Maine, and in recent years, hateful views have been perpetuated by legislators. Former Governor Paul LePage was widely criticized for his racist remarks, including comments about “guys by the name D-Money, Smoothie, Shifty”, who supposedly “come up here … sell their heroin, then … go back home. Incidentally, half the time they impregnate a young, white girl before they leave”. His callous remarks have only contributed to a state which already tends to be less-than-welcoming for minorities. As detailed in testimony from a person of color who had moved to Maine “from away” with plans to leave again, LePage’s remarks included “echoes of historical racist beliefs that were ingrained into the governing of the early colonies, Maine included”. In addition to discrimination among adults, complaints from students about unsafe environments have increased in recent years, despite legislature enacted in 2012 to address bullying and racial harassment on a state level. Within the last month, Black students at Bangor High School have come forward with experiences and stories about the racism they have endured throughout their education. Their experiences are not unique to them or their school, and action must be taken in this and other school systems throughout the state to address these concerns.

Maine needs to address the issues experienced by our minority communities, and address the past we so often hide, which habitually limited the opportunities and rights of individuals of color. Black Lives Matter protests throughout the state have drawn thousands of protestors in recent weeks, and many Mainers are now coming to terms with the lived reality of people of color in our state. Outpourings of support for Black-owned businesses (including the creation of this resource identifying and celebrating them) and the creation of a Black Lives Matter Maine chapter have been important steps in beginning to address our internalized and systemic racist systems, but more must be done. White Mainers must do more to reach out to these marginalized communities and ask how they can best be supported.

As a white person, I will not pretend to know the answers to this problem, or suggest the best way forward. It is important instead that individuals reflect on their privilege as non-people of color, and consider how they best can make a difference for those who experience racial discrimination in our state. White Mainers can move forward and become better allies, but we must first confront our past and choose to fully engage in anti-racism work right now and always.

Disclaimer: The views and opinions expressed in this article are those of the author and/or student and do not necessarily reflect the official policy or position of United 4 Social Change Inc., its board members, or officers.
Tags:Maineracismwhite

How to Fix America's Police - And How Not To 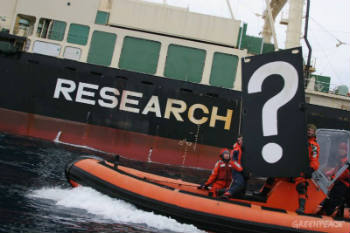 In the Name of Science?