The Dynamics of Nuclear Power

Nuclear power has been the child of worldwide controversy right from its discovery in the 1900s. With the advent of nuclear fission and its numerous applications, history has scripted a nuclear chapter- inundated with striking benefits and tragic catastrophes.

Although the naysayers of nuclear power are aplenty, the contribution of nuclear energy towards restoring the earth’s climate, rendering economic stability, facilitating medical and space advancements as also echoing a nation’s defensive prowess, has led to the culmination of nuclear power into a remarkable avenue for global development.

The Contributors of Global Warming-

The primary villains behind global warming are fossil fuels. Fossil fuels are destroying this earth in broad daylight. Coal accounts for about 40% of the total global electricity production, followed by natural gas with 22%, and oil at 4%. Thus, the fossil fuels on burning are constantly emitting greenhouse gases (massive amounts of carbon-dioxide) and by piecemeal, melting our ice caps. In fact, coal consists of reasonably high amounts of radioactive uranium and thorium. The burning of coal thus releases hazardous fly ash into the atmosphere, to levels and concentrations that are far worse than the nuclear emissions.

Moreover, fossil fuels are an exhaustible source of energy, and their continuous extraction from beneath the crust is rendering vast areas of land infertile, saturated, and uninhabitable. Oil spills and leaks due to the mining and transportation are continuously polluting our water sources.

A Befitting Reply to Global Warming-

Global warming has thus led to some massive distress amongst the flora and fauna of this planet. With climate change being the sole concern for this globe, the advocates of a cleaner environment are evidently veering into nuclear power.

Nuclear Power is a cleaner, greener and a much more efficient source of electricity. It is no cliché that this source can light up an entire city. With just 98 nuclear power plants in the U.S, it is accounting for 20% of the electricity in America, rendering about 60% of clean energy electricity production. Companies are focusing on establishing foolproof nuclear plants so that this world can be less suffocated by the intoxicating greenhouse gases.

Should We Renew the Renewable?

Relying on the unreliable renewable energies like solar, wind, and hydroelectric power has become a liability. They aren’t cost effective, they take up huge land-space, and one cannot depend on renewable sources round the clock for energy provision. And this precious source of electricity has charred the income pockets, proving to be less economical for the consumers.

The Broad Benefits of Nuclear Power-

Although nuclear power has paved its way to the top of the energy pyramid, it has also had its Midas touch on other aspects of living. Nuclear power has created its niche in the medical field from radiotherapy in cancer treatment to increasing utility in diagnosis.

In space expeditions, the Radioisotope Power Systems (RPSs) are efficiently powering spaceships for a longer lifespan while withstanding the space environment. Thus, nuclear energy is not only an excellent means of running this highly populated earth, but also for voyaging through space and rectifying the inner systems of a living being.

The number of nuclear tests carried out by developed and developing nations is ever on the rise on account of environment and national security. The total global tally is 2056 tests as of date, and the development in this field is exponential. India stood on the global map with solidarity and a thundering defence system when the Pokhran nuclear tests were executed successfully. Nuclear power is thus a defense statement for any nation and also a perennial responsibility.

One cannot turn a blind eye to the havoc caused by nuclear power, be it the Chernobyl catastrophe of 1986 or the recent Fukushima leak in 2011. However, the world is heading to foolproof this system rather than eliminating it off its charts. In the light of the Advanced Reactor Concepts (ARC) and Next Generation Nuclear Plants (NGNP), the safety, technical superiority, and economy of this giant energy source is boosted significantly. The Waste Isolation Pilot Plant in New Mexico ensures the safe storage of nuclear waste in isolation and is capable of storing nuclear residue of the entire world for the next thousand years. The incessant work carried out by various nations to seal off the shortcomings of nuclear power is due to the enormous contribution of nuclear energy in the restoration of a healthier planet.

Today, nuclear fusion is an area where research is paramount, and it provides three times the nuclear fission energy while ameliorating the toxic residues.

Nuclear power is a sustainable source of energy with regards to the electricity output, a cleaner approach towards our environment, and a resounding power defending our borders. It is the responsibility as a citizen of this world, to ensure the right usage of this technology and safeguard humanity. The current nuclear power plants are creating technologies that cater to potential seismic disasters, effective and safe waste disposals, enough ventilation, as well as sensors and radio-emission monitoring devices to alert and protect the people as well as the environment.

In conclusion, nuclear power has undergone leaps of advancements over the years and is continuously proving to be a reliable pathway for ensuring the longevity of our planet. Nuclear energy is propelling to occupy a major chunk of our energy provision, and with the climate and economic benefits under its belt, we should give a substantial boost to this promising power across the international borders.

Disclaimer: The views and opinions expressed in this article are those of the author and/or student and do not necessarily reflect the official policy or position of United 4 Social Change Inc., its board members, or officers.
Tags:Global Warmingnuclear powerRenewable Energy

Congress Must Work To Prevent The Imminent Eviction Crisis

Elitism In The Sustainable Fashion Industry 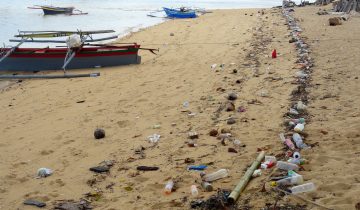