Soon after it made its way to the United States, the coronavirus pandemic proved to be more than just a health crisis. By forcing school closures, it’s hurt students’ education. By forcing quarantines, it’s impacted social skills and relationships. In being extra-dangerous to the elderly, it has separated them from their loved ones during their final years of life. And by closing down businesses, restaurants, stores, and more, it has strongly damaged the nation’s economy and put many Americans out of work. As a result, a large quantity of low-income renters have suddenly found themselves unable to pay rent, angering lots of landlords who counted on these payments to pay their own bills. In order to avoid landlords going on an evicting spree, as many wanted to, and putting millions of Americans on the streets during a pandemic, the federal government, along with many state governors, put eviction moratoriums in place for the last few months. However, most of these have recently expired or will soon, so millions of Americans, especially low-income undocumented immigrants and people of color, could be facing evictions from their homes. While it is true that many landlords may be struggling financially as well, leaving tenants out on the streets during a pandemic is unjust because they are more likely to be exposed to COVID-19, which could be life-threatening, without proper shelter. Instead, the government should provide resources to both tenants and landlords in need to help fix this serious problem.

The recent pandemic has sent America into the worst financial crisis of the decade, as well as the worst crisis since the Great Depression. In 2016, the nationwide unemployment rate was 4.7%. Since then, it has risen to its current level of 14.7%, largely due to the coronavirus. Unfortunately, sudden unemployment has meant that many Americans have not been able to pay their rent in the past few months. For example, in the month of May, nearly 25% of respondents to a Census Bureau survey admitted that they’d missed paying the month’s rent, and/or they didn’t expect to be able to pay next month. This is devastating, but not surprising, as a large portion of low-income Americans depend on their paychecks to pay rent and have no money saved up. This is especially true for poor people of color and undocumented immigrants, who have struggled to achieve educational and/or professional success due to a system that was built to oppress them and hold them back. Consequently, this new economic crisis has had unequally negative effects on these communities. For example, a New York City survey of primarily Latinx residents revealed that 92% of those surveyed had lost their jobs as a result of the pandemic, putting them at greater risk for evictions in the near future.

In order to avoid the streets filling up with evicted residents during a global health crisis, eviction moratoriums were put in place by the federal government and many city governors for the past few months. Yet, while these may have been positive for renters, they have made many landlords angry. After all, landlords also need to pay their own bills, as well as their mortgages on the properties they own, and many use the money they make from tenants to do this. As a result of their anger and frustration, some landlords have attempted to aggressively and illegally evict their tenants despite moratoriums.

For instance, a landlord in Los Angeles entered his Latina tenant’s home, threw her belongings outside in trash bags, shut off utilities, and even removed the toilet. For a day, the tenant, a woman named Claudia Mendez, was homeless and scared. She was saved by protests outside her home led by the Los Angeles Tenants Union, but just because the landlord reluctantly agreed to give her home back, doesn’t mean his anger faded at all. Because Mendez has failed to keep up with her rent, her landlord would normally file an unlawful detainer case in court against her, which, if successful, would allow the Los Angeles Sheriff’s Department to legally evict Mendez from her home. However, because of the pandemic and the ensuing eviction moratoriums, these court cases have been put on hold. As a result, Mendez’s landlord felt like his cruel, illegal eviction attempt was his only option. And he has not been the only LA landlord to feel this way. The LAPD has been receiving an onslaught of calls from tenants going through similar experiences to Mendez.

Now, while their anger is justified, what these landlords are doing to poor tenants during a pandemic is in no way just. During a time when being homeless is as dangerous as ever, as it is likely to increase one’s risk of contracting COVID-19, no person deserves to be evicted from their home, even if they can’t afford to pay rent. This is why increased assistance from the government, either enough to help tenants pay their rent or enough to sustain landlords while tenants can’t pay, is necessary to ensure that both can remain sheltered and safe from the deadly pandemic.

The Problem For Immigrants

The problem with federal aid, government-enforced moratoriums, stimulus checks, and unemployment benefits (some of the tactics that have been and/or should be used to solve the eviction crisis) is that they don’t help everyone. In fact, no matter how much the federal government gets involved, a large portion of struggling tenants would not be able to benefit. Why? Because they’re undocumented immigrants, so federal aid does not apply to them.

Throughout the coronavirus pandemic, the government has been providing weekly stimulus checks to many unemployed Americans who count on this money to get by. However, no matter how desperate they are, undocumented immigrants will never be eligible for these benefits. What’s worse, while they live in constant fear of eviction, they also live in fear of deportation. This is the case for one undocumented mother of two in Brooklyn, New York. She said the landlord “came to knock on [her] door. [She] didn’t know what was happening … He started to curse at [her] in English, and he said he would call inmigración [Immigration and Customs Enforcement] if [she] didn’t leave … [She] was shocked, panicked.”

And because of their fear of being reported to ICE, these people don’t feel safe calling the police or anyone for help when treated poorly. In fact, an organizer involved with the tenant’s union in Los Angeles stated that “officers favor landlords during the disputes,” even when the tenants are the clear victims. As a result, undocumented people all over the country are often forced to accept eviction, which puts them at higher risk for COVID-19 infection, or harassment from their landlords in order to avoid deportation or detainment.

As previously mentioned, the federal government has attempted to help fight the eviction crisis during these trying times by imposing eviction moratoriums in cities nationwide, as well as providing stimulus checks and unemployment insurance to those who’ve lost their jobs and are struggling financially. Their hope has been that these actions will allow Americans hurt by the pandemic to get by and have a few extra months to get the money together to pay their landlords. However, there are multiple problems with their response.

For one, the eviction moratoriums have recently been expiring around the country, while the state of the pandemic in America has barely improved, if at all. As a result, most people who lost their jobs back when the coronavirus first came to the United States haven’t yet found work. Consequently, they still can’t afford to pay the rent they missed, let alone the rent for the coming month. Among this group is a New York City renter named Lourdes Escobar. In May, she expressed concern about the city’s moratorium expiring in June, declaring that it “doesn’t provide any comfort because that rent will be owed anyways.”

Another issue with the government’s response is that not all unemployed citizens in need are actually receiving their stimulus checks and/or unemployment insurance. For example, an Ohio resident who lost both of her part-time jobs as a result of the pandemic is now struggling to pay her rent, especially since she has yet to receive her unemployment insurance and stimulus check. She constantly fears that if neither of these come soon, she will face inevitable eviction. What’s more, as aforementioned, undocumented immigrants are not even eligible for federal assistance.

While the government may think they’ve done enough to solve the renting crisis, Escobar, Mendez, and her landlord, and the Brooklyn and Ohio tenants are all evidence that this problem is far from solved. And these people are only a few of those whose lives have been turned upside down due to this crisis. It’s bad enough to suffer financially and face eviction, but during a pandemic, these struggles are even more painful. Tenants constantly fear that eviction could increase the likelihood that they will contact the coronavirus, which could possibly kill them, especially those with underlying health conditions or of old age. And landlords have a right to be angry about not receiving rent payments, but they should not become so desperate that they treat their tenants like property. While some of these cruel landlords may just be cruel, many really are desperate and don’t want to evict their tenants if it can be avoided. This is why the government must get more involved. They must ensure that all of those in need receive their stimulus checks and unemployment insurance in a timely fashion, and if landlords cannot get by without rent payments, maybe they should receive financial assistance, as well. In addition, undocumented immigrants should not have to fear deportation during a pandemic, as traveling poses a great risk for infection, and they deserve to feel safe in their own homes.

There are a myriad of ways that the federal government and state leaders could further address this crisis. Members of the New York Community for Change (NYCC) have proposed one possibly impactful solution. They are putting pressure on Cuomo to enact a bill currently pending in the Senate that would cancel rent, mortgage, and utility payments during the pandemic, as well as rehouse homeless city residents. This bill would help renters, including undocumented folks, by cancelling rent, as well as landlords, by cancelling mortgage and utility payments. What’s more, it would provide assistance and shelter to those who’ve already been unjustly evicted. If Cuomo and other state governors, or even better, the Senate, were to pass this bill, the eviction crisis might not be 100% solved. However, life would definitely improve for so many people whose lives have been overtaken by fear, and nobody deserves to have the added fear of impending eviction during a global health crisis.

Disclaimer: The views and opinions expressed in this article are those of the author and/or student and do not necessarily reflect the official policy or position of United 4 Social Change Inc., its board members, or officers.
Tags:eviction crisispandemicrenters 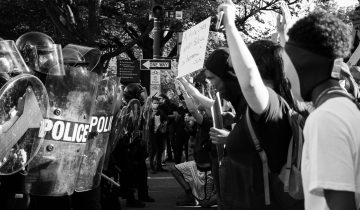