Intersecting with the great demand for climate change reform comes the even greater need to initiate solutions on part of the indigenous community. With indigenous land ownership encompassing 22% of the world’s surface and overlapping with 80% of the Earth’s biodiversity, the wellbeing of Native peoples is reflective of the wellbeing of the environment itself, with native cultures intertwining natural resources with a sedentary lifestyle. Of course, with drastic change in environmental climates, indigenous peoples have become disproportionately affected, forced to either relocate or seek aid, and equipped with little resources and lawmaking processes to enact real, lasting change.

However, despite a lack of inclusion in federal governments, the indigenous pose as a model for environmental conservation, carrying invaluable, extensive knowledge of the land and environmental cycles. The state of the climate change crisis has been elevated to a point where action is unavoidable on the part of national governments; the assistance from indigenous peoples can aid in resolutions where needed while also providing the representation and relief that they deserve, being disproportionately affected by the crisis themselves.

In a world where industrialists have rampaged the Earth in search of exploitable resources and urban sprawl has become inevitable in the face of civilization, the indigenous population has faced drawbacks concerning the sustainability of environmental degradation. Amazon fires burning through arable land, changing weather conditions in the Arctic, loss of vegetation, and water supply in the Kalahari desert: all of these areas contain indigenous inhabitants that have faced severe consequences of the industrialized world’s actions.

Just over the past 60 years, a period of great technological modernization, 60% of our ecosystem has been degraded, evident in the mass wildfires, logging, ranching, and other disastrous activities that continue to rampage our land. Though the United Nations Declaration on the Rights of Indigenous Peoples specifically connotes their control over the natural resources of their territory, it is often subject to the member state to make the final call: whether to respect indigenous liberty or misappropriate their land.

There is no real guarantee that environmental action will take place within a state, but there is, to some degree, a fulfillment that governments must make to their people to uphold public welfare. A perfect example of such commitment is shown by the Paris Agreement, another initiative by the UN, that sets a framework to limit global temperature increase to below 2 degrees Celsius. Being the first universal, legally-binding climate change resolution since the Kyoto Protocol, it indicates a higher ambition for member states to adopt radical change in light of the climate crisis. The UN Sustainable Development Goals outlines a more detailed guide to facing these global challenges, such as renewable energy and responsible consumption/production, with similar significance to a global initiative.

That being said, there lies little obligation for governments to enact green policies according to the United Nations framework; the UN acts as a supranational organization that cannot directly impede on national sovereignty, therefore unable to force states to oblige to certain guidelines. The global body can recommend effective methods of reducing environmental destruction, yet most of the power is in the hands of the people. It is with this that governing bodies supply capitalist ventures – oil mining, extensive farming, and manufacturing industries to name a few – to reap enormous profits. To combat violations of basic environmental conservation, the UN advocates for the indigenous to be the leaders in climate action, shown to be essential in the ecosystems they inhabit and thus necessary to increase resilience in these environments.

Governments around the world have attempted to tackle this issue, and some have succeeded. Popularizing taxation on carbon emissions and adopting renewable energy sources such as solar power and biofuels in place of fossil fuels remains a viable goal for many countries. Similarly, unique reforms are receiving traction, such as Peru’s establishment of an environmental court that was sanctioned to deal with violations of environmental law, and Tunisia’s “green police” force which levies taxes against offenses to public health. However, many countries, especially poor and developing ones, find it difficult to adopt green policies without sacrificing their industries, the main driving force of their economy.

More prominent countries, though having an abundance of climate scientists and advocates for climate reform, are split on the issue. While some states, like India and the European Union, invest in their renewable energy sources and actively aim to reduce emissions from coal plants, others, such as the United States and China, heavily depend on these industries for commerce. Typically in countries where the climate issue is either ignored or rejected, the need for environmental institutions collapses – such is the case with the Trump administration in the US where a 2021 budget proposal aims to cut 26% of the Environmental Protection Agency’s budget. One thing is for certain: without consultation from indigenous peoples and serious accountability, mitigation of global warming will fall short.

The UN Intergovernmental Panel on Climate Change has acknowledged that adaptation efforts benefit from the inclusion of indigenous knowledge. From seeing what issues have yet to be resolved through our failures to address adversity in the indigenous community and climate change, we can start to adopt changes through increased involvement of native tribes in discussing possible resolutions. The U.S. Geological Survey’s regional Climate Adaptation Science Centers directly work with local tribes to push forward collaboration in policymaking, a cooperative act in legislation and representation in our otherwise conservative state. Another U.S. based indigenous organization, the Climate Justice Resilience Fund, empowers native communities to adopt community-led solutions with generous grants to initiate change.

Along the more international lines is the Arctic Council, which unites nations surrounding the Arctic Circle as well as indigenous councils to address development and environmental protection, especially prominent with the recent oil spill in Russia. In addition, the aboriginal people of Australia have pushed their government to the UN to decrease carbon emissions, an effect of the devastating Australian bushfires earlier this year. Unfortunately, a vast majority of these natives remain unheard, often secluded and isolated physically and politically due to institutional barriers.

With nearly a decade left until the effects of climate change are irreversible, the time to act has become ever more prevalent in the global community. We can begin to involve the indigenous community through recognizing their demands, specifically respecting their land and ownership over the land which many transnational corporations, typically those from oil and agricultural industries, ignore.

Natives’ invaluable knowledge about sustainable agriculture, safe resource harvesting, and more could also prove useful in community-led climate initiatives, such as Incan methods of crop diversification and water harvesting strategies in the Sahel, a mainly desert region. Finally, political representation of indigenous peoples within our government could funnel demands of the people directly to legislation, which has largely ignored such initiative, and force accountability upon our leaders to implement significant reform.

Disclaimer: The views and opinions expressed in this article are those of the author and/or student and do not necessarily reflect the official policy or position of United 4 Social Change Inc., its board members, or officers.
Tags:Climate ChangeEnvironmental JusticeIndigenous voices

Jake Chang is a rising junior at Oxford Academy in Southern California. Subjects of interest include activism and literary education. 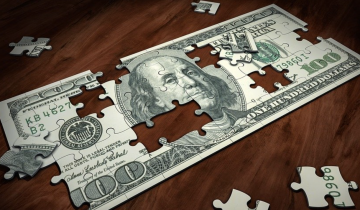