In San Antonio, Texas, a 30-year-old man died after deliberately attending a party with an individual infected with COVID-19 to see if he would contract the disease or not. It was reported that before he died, the man stated that he had made a mistake and thought the virus had been a hoax. It is not certain whether the man went to the party for this purpose or if the gathering was more innocent, but it is concerning how this man—as well as so many others—viewed the virus: a “hoax.” This idea likely came from the fact that President Trump has consistently downplayed the severity of the virus and believed that it would eventually disappear completely. His complete disregard of the facts and science during a public health crisis demonstrates that his priorities are about himself and the 2020 election, not the health and safety of the American people. This dangerous misinformation campaign and propaganda-laden rhetoric show Trump’s attempt to rein the country in so that he has the opportunity to stay in office longer and maintain a large influence on the way our country is running politically. The coronavirus pandemic has undermined democracy in the United States and Europe as domestic and international efforts spread misinformation and leaders sway the public away from following public health experts, even as communities have come together during this crisis.

Propaganda and extremist groups have taken advantage of the virus’s impacts on communities regarding personal freedoms and are using this to subtly convince people that democracy is failing due to the lack of personal freedoms, such as mask-wearing, enforcement of social distancing measures, and some countries insisting on surveillance and tracking for contact tracing. For example, members of the Chinese Communist Party (CCP) have been spreading theories that the U.S. Army is the real culprit behind the spread of COVID-19. They have tried to shift the blame away from themselves regarding the origin of the virus and are instead stating that the US is to blame. This propaganda is meant to demonstrate that democratic institutions are not the best for a situation of crisis, and they want to make sure that people recognize the power of their authoritarian regime. This attack on democracy is loosening trust, according to War on the Rocks, in three key areas: social trust, trust in authorities/expertise, and trust in democracy. Democracy inherently rests on the citizens and the country/state believing in and trusting these aspects of society. As soon as people distrust their social connections, the authorities and experts giving them information, and the institution of democracy itself, revolution and anarchy have the potential to ensue.

Additionally, studies have demonstrated that in times of crisis and stress, cognitive function is impaired; in these cases, people are more susceptible to being manipulated and are more exposed to biases. The current pandemic has put a lot of economic and social strain on people’s lives. In a time of fear and uncertainty, people are more likely to be influenced by the voices they hear in power, as well as information that they hear on the internet attempting to validate their fears and to tell them that everything is fine; this is one of the things in their life that they feel is “certain.” Donald Trump is attempting to be that voice for people, but he is doing it in a dangerous manner. He is ignoring the coronavirus and its effects; he is hoping that the virus will just go away one day, hopefully just in time for his reelection campaign to start up. He is spreading misleading and false information to the public and has shunned public health experts in an attempt to undermine the facts and validity of the situation that the country is currently grappling with.

President Trump has contributed to the erosion of democracy through his continued lies and the distrust that he has sown in America, particularly when it comes to the facts about the virus and the United States’ “ranking” when compared to other countries in how it has dealt with the virus, as well as the dismissal of infectious disease experts like Dr. Fauci.

Donald Trump stated on February 27th that, “It’s going to disappear. One day it’s like a miracle—it will disappear.” Trump has repeated this unfounded claim multiple times since he first said it. This statement diminishes the virus to something that will just come and go quietly throughout the country without leaving a trace, falsely assuring the American people that there is nothing to worry about concerning the virus; he is also making sure that his voice and opinions on the matter are being amplified at the expense of the health experts’ voices. Additionally, Trump has attacked medical studies that go against his unfounded claims, saying that the researchers running these trials “aren’t big Trump fans.” This is just another similar pattern of Trump’s; he is attempting to turn the public health crisis into a political and partisan issue. In reality, we need to be focusing on what’s best for America, and that is the safety and health of everybody. If we all came together, socially distanced, and wore masks when in public, we could flatten the curves that are surging all across the country. But it takes bipartisan leadership and efforts from local officials to make it clear that this is a communal effort in stopping the virus.

Additionally, Trump is using the virus as a partisan issue to help win his election in 2020, turning a public health crisis into a divisive issue for Americans. In March, Trump stated that Nancy Pelosi, a congresswoman from California, was “dancing in the streets of Chinatown, trying to say, ‘It’s okay to come to the United States. It’s fine. It’s wonderful. Come on in. Bring your infection with you.’” This quote is attempting to refer to the instance when Pelosi visited the Chinatown in San Francisco in order to encourage the residents living there that precautions have been taken, but she never encouraged people to bring the virus into the country. Trump is delusional and believes that all of his political opponents are out to get him and are trying to use the crisis as a way to gain traction for the upcoming election, which is exactly what he is doing. The American people no longer know what to think and are distrustful and wary of the government.

While misinformation has certainly been circulating around Western democracies in this time of crisis, it does not spell the end of democracy. During this global crisis, communities across the globe have been able to come together as one people to achieve their common purpose of eradicating the virus from their countries, supporting those in need along the way. In Toronto, people have given away food, offered to take care of people’s animals, and have picked up medication for their neighbors who cannot do so themselves. In countries like the U.S., Iceland, and Canada, grocery stores and pharmacies have designated the early hours of their store openings for seniors only, allowing those who have a higher risk of contracting the virus to reduce their rate of infection. In Italy, neighbors gathered on their balconies to sing songs with one another, and in Spain, people joined together to participate in a group fitness class at a distance. These acts of kindness, strength, and resilience demonstrate that the core value of democracy, community, has far from died out amidst the pandemic.

While this is certainly true, one cannot ignore those that have gone against their communities by refusing to adhere to mask wearing and social distancing protocols. One example of this is in Michigan on May 14; hundreds of protestors gathered at the Capitol Building in Lansing, Michigan to protest Governor Whitmer’s stay-at-home order that had been extended until May 28th. Some protesters carried signs that supported President Trump, once again showing that the virus had turned political at the hands of the federal government. Those protesting the stay-at-home order were not social distancing or wearing masks, despite local health guidance; they had tuned into the lackadaisical nature that the President had when discussing the risks of the virus and had been brainwashed into believing that wearing a mask was somehow oppressive and against their freedom. Denial of a crisis leads to dangerous outcomes.

The biggest solution to the misinformation and anti-democratic campaign that is occurring in the world right now is to read the facts for yourself. It can be very easy to be swept up in rhetoric that talks about what we’d like to hear and how our fears are for nothing. It is important to recognize that we as a species have done some incredible acts of kindness during this time in our history, and we should allow this to inspire us to achieve even more as a global community. It’s time to put aside our differences politically and fight this issue that affects everyone, not just those that are deemed to be at high risk. A global health crisis requires global cooperation and recognition of the collective good that we can all make.

Disclaimer: The views and opinions expressed in this article are those of the author and/or student and do not necessarily reflect the official policy or position of United 4 Social Change Inc., its board members, or officers.
Tags:democratic institutionsmissing childpandemic

Why It Is Essential For Young Children To Play In Schools 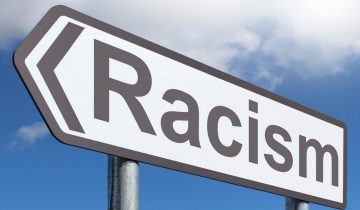