How Universities Can Alleviate Financial Stress Going Into The Fall

In March of this year, restrictions due to the COVID-19 pandemic forced millions of United States college students to their homes to continue their spring semester online. As many universities have announced plans for the upcoming fall semester, most have decided that they will be offering hybrid courses; that is, the option for students to take courses both online and in person. As the pandemic has led to multiple factors that negatively impact student life and successful academic outcomes, certain higher education institutions have opted to freeze tuition for the Fall 2020 semester. Essentially, this means that these universities will not be raising tuition, and the cost will remain the same as the semester prior.

Not only does freezing tuition seem logical through the lens of allowing students to pay less for a less involved college experience, but it also lifts financial burdens posed by the pandemic. In a survey by the National Endowment for Financial Education, 88 percent of Americans expressed that the coronavirus pandemic has led to personal financial stress. This stress—coupled with job insecurity and uncertainty surrounding state unemployment surpluses—has made paying next semester’s tuition a daunting task for millions of college students’ families.

As the fall semester is very uncertain in terms of on-campus operations and student learning outcomes, universities should do their best to assist students moving forward. To alleviate further financial stress and assist students who may be struggling financially due to pandemic outcomes, all universities should freeze tuition for the fall semester. This will also prevent further student loan debt nationwide, while allowing students to pay a price of tuition that better reflects the changes in their learning environment. There are valid reasons as to why higher education institutions should not do this, but putting students first and assisting them in uncertain times must take priority.

Why Does Tuition Typically Increase?

In a report by the College Board, an average annual increase in tuition by 3% can be seen since the year 2000. The simple answer to why this occurs is because of national inflation and state college funding cuts, therefore putting more financial burden on enrolling students. State funding cuts aside, a slight increase in tuition is usually expected and manageable by college students, as an increase in family income is usually reflected by inflation as well.

However, an increase in college tuition during this time places an unforeseen financial burden on paying families. Due to the pandemic, many Americans are out of work, have experienced a loss of working hours, and have allocated personal finances toward healthcare costs. This is reflected in a decrease in average American household income, therefore making a slight increase in tuition an unmanageable financial barrier. The list of reasons as to why Americans are struggling financially is extensive, and this is why Americans are reporting high levels of financial stress during this time. As college institutions prioritize their students first and foremost, they should take the efforts to freeze tuition to limit the financial burdens of millions of American students.

Alleviating Stress Now And In The Future

The President of the University of Massachusetts, an institution that has opted to freeze tuition, justified the decision by explaining that students are “facing stress and uncertainty created by an unprecedented national health emergency and economic downturn.” With 48,000 enrolled in-state students, this university recognized the financial situation created by the pandemic and utilized freezing tuition as a way to put students first and recognize current hardships. Students enroll at universities with the hope of completing a degree, and institutions should recognize their purpose in assisting students to reach their goals by assisting them in unprecedented situations.

Additionally, freezing tuition instead of raising it during a semester in which most families will be more likely to rely on financial aid will help students in the future by limiting their student loans. Student loans are already an economic crisis in the United States, with collective student loan debts equating to $1.6 trillion nationwide. Raising tuition in a semester where students will have less money to allocate towards college expenses will force students to take out more loans and put themselves into further debt. Any effort that universities can take to alleviate future financial stress in addition to current stress should be taken, and further contributing to the student loan crisis is unnecessary.

Tuition Should Reflect The Learning Experience

The fall semester is not expected to look the same in terms of social climate, academic rigor, and campus life. Much of what a student is paying for when they attend a college is for an overall academic experience. Completing courses virtually or in social-distanced settings with a lack of on-campus activities places a damper on the motivation and success of students. For example, social distancing guidelines have caused music institutions such as The Juilliard School and The Curtis Institute to utilize a majority of online instruction this fall. As institutions where performing in ensembles and towards audiences is commonplace, completing lessons or experiencing a semester in which a student does not get to collaborate musically with anyone else is not the same experience a student would have on campus.

Due to these reasons, students should not be paying for an educational experience that is not reflective of past semesters. Changes in opportunities, lack of on-campus resources, campus jobs, and social lives are a few changes most students will be seeing this semester, and these make an increase in tuition unreasonable.

The Stance Against Freezing Tuition

There is another viewpoint which explains why academic institutions should not freeze tuition. Many schools, such as Loyola University Maryland, argue that the quality of education virtually is the same as in-person, as the institution has put a lot of time and money into finding ways to make virtual learning successful. With this view, the university believes students are still paying for the same education, and that tuition should keep its consistent increase.

Also, schools like Johns Hopkins University insist on raising tuition in order to retain their university’s “pursuit of excellence.” Essentially, many schools opt to not freeze tuition as less money coming in leads to financial cuts within the university and further threats to pursuits of excellence. For example, UMass has been criticized for their tuition freezing due to their anticipated lay-off of close to 400 employees. In cases like these, universities fear the implications of less money in budgets and the long-term results of not having the money they initially planned.

All in all, the benefits in terms of the livelihood of students outweigh any objections to freezing tuition. Millions of students attend college to pursue a degree in an environment where they feel supported. Freezing tuition is a temporary solution to the problem that is the pandemic, and this action can assist the financial burdens of affected students. As the economy moves toward a place of pre-pandemic normalcy, tuition can return to its common increases, and colleges can continue to move towards their quests of academic excellence.

In conclusion, the debate as to whether or not all higher education institutions should freeze tuition comes down to these institutions’ goals. The purpose of a college is to facilitate the academic success of an individual who chooses to attend that college. Even though freezing tuition may lead to further financial hardships within colleges nationwide, students should be recognized as the priority, and their financial livelihood should be preserved. To alleviate further financial stress for college students and families across the nation, all colleges and universities should freeze tuition costs for the upcoming fall semester.

Disclaimer: The views and opinions expressed in this article are those of the author and/or student and do not necessarily reflect the official policy or position of United 4 Social Change Inc., its board members, or officers.
Tags:financefreezing tuitionhigher education

The Debate of D.C. Statehood 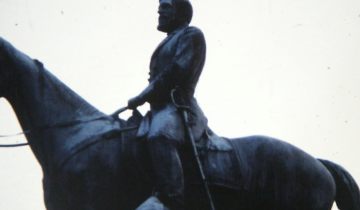