As states shut down and people in the U.S. are urged to quarantine, questions arise about what is going on in prisons across the country. At San Quentin State Prison in California, for example, family members expressed safety concerns after transferred inmates were not tested upon arrival and later tested positive for COVID-19. Relatives claim that if someone tests positive, they are automatically put into solitary confinement. This sounds logical to halt the spread of the virus, but in these institutions, solitary confinement entails overcrowding, once-weekly showers, and suspending yard time. Inmates cannot be treated like this. The solution is simple—release inmates to decrease the volume in prisons—but the President and his administration do not like this. Even though the Trump administration disagrees with the release of vulnerable inmates since some of them committed significant crimes, they should be released because prisons’ solutions are to deprive them of healthcare and other necessities such as regular showers and communication with family, which violates their rights and encourages the spread of COVID-19.

Just because inmates are in prison does not mean that they should not receive medical attention, especially in the middle of a pandemic. It also does not mean that they should be situated in living arrangements where 80 people are constantly breathing the same air—that is an outbreak waiting to happen. In 1976, a case titled Estelle v. Gamble led to the ruling that not providing healthcare to inmates is cruel and unusual punishment. In other words, it is a violation of the 8th Amendment. The case also created the term “deliberate indifference,” which prohibits staff from ignoring inmates who need help. If these restrictions exist, why are prisons a breeding ground for COVID-19 and experiencing so many deaths? Inmates are, at the very least, being tested for COVID-19, but not allowing them to socially distance and forcing them into such close proximity to others is lethal. They do not have a choice over these accommodations, so changes should be made to ensure that their health needs are prioritized. Not only is keeping inmates in overcrowded institutions an infringement on their right to healthcare, but it allows for COVID-19 to continue spreading and infecting more individuals. Vulnerable inmates need to be released to help with this.

Similar to how inmates have a right to healthcare, they also have a right to necessities such as showers and communication with family. When put into solitary confinement, though, inmates can only shower about once a week and visits from family are no longer allowed. Those currently in confinement are also saying that they do not know when they will be retested or allowed to return to the general prison population. This would make sense if done for disciplinary reasons, but inmates cannot be kept in solitary confinement indefinitely just because they tested positive for COVID-19 at one point. In addition, some privileges can be suspended for disciplinary infractions, but food, showers, and access to attorneys should never be suspended. A pandemic has no bearing on the discipline of inmates and, if anything, they should receive greater access to showers and communication with family—even if over the phone—during this time. Hygiene is important in limiting the spread as is communication in relieving anxieties about their family’s well-being. If the solution to containing COVID-19 is depriving inmates of necessities, then that is not a solution; it is a breaching of rights. To really help with the spread of the virus, vulnerable inmates have to be released and soon.

The Trump administration has made it very clear that they do not want to release inmates right now because they “don’t like it.” They do not feel comfortable with “very serious criminals” being out of prison. In hopes of blocking an Ohio order that would release older and at-risk inmates, the administration has decided to appeal to the Supreme Court. If presented in a way that strikes fear in people and emphasizes how some inmates may be very dangerous, others will get on board with this argument. However, just because some people who committed grave crimes years ago are being considered for release does not mean that they will be granted release or that the chance of release should be ruined for others. Also, assuming they are not on death row, inmates are in prison at this moment to serve time, not because they received the death penalty. Seeing as how not everyone committed a grave crime or was sentenced to death, reducing the number of inmates in prisons should be done, even if the Trump administration disagrees.

Many people are marching around prisons, like San Quentin, to unveil the urgency of this issue. Groups such as We Are Their Voices and No State Execution by COVID-19 lead these events and call for better treatment of inmates. They express anger at the lack of action from the governor and their policymakers. The State of California—where these groups are marching—was shut down, but nothing was done about the prison system. Because of this, people are dying at a fast rate. Prisons cannot continue to be swept under the rug like an inconvenience; people with valuable lives and families live there and do not deserve to die from negligence. If the media continues to cover events like these, hopefully it will persuade governors and judges to release at-risk inmates now.

Inmates who were not sentenced to death are dying from COVID-19 as a result of state officials’ failure to take action. Solitary confinement without any other protective measures cannot continue to be used for those who test positive; this is a violation of rights and a promotion of the spread of COVID-19. Those who are older and more at-risk need to be released as soon as possible for their own benefit and that of the rest of the prison population. Urge governors to pay attention to those in the prison system—just because they were convicted does not mean they deserve to die. Join rallies, if possible, to continue to provide media coverage. The virus cannot be contained until everyone is protected. Inmates are just as human as everyone else and should be treated as such. They do not deserve to receive a death sentence from a virus when they could be released to enforce the six-feet-apart rule.

Disclaimer: The views and opinions expressed in this article are those of the author and/or student and do not necessarily reflect the official policy or position of United 4 Social Change Inc., its board members, or officers.
Tags:COVID-19human rightsinmate healthcareSolitary Confinement 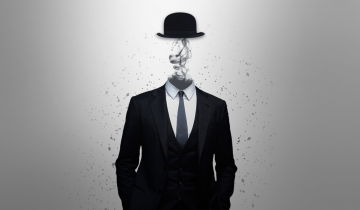