America’s Food Shortage Through the Lens of COVID-19

Thousands of Americans are struggling to keep their homes and feed their families. The current pandemic is exacerbating already-existing crises in the U.S., such as the current healthcare crisis, racial disparities, and especially food shortages.  Food shortages in America are more prevalent than ever. Higher poverty rates and food prices are projected during COVID-19 and are the fundamental reason for an increase in food insecurity in the U.S.

The food shortage has exacerbated poverty, food insecurity, and access to food in America. While the U.S. is known as a developed country, many have argued that we are only better off simply because other countries have it worse.

The Underlying Cause of Food Insecurity: Poverty

What many fail to realize is that hunger in the U.S. is not simply because people cannot afford food. Behind problems like this, there is always an underlying cause as to why it is such a huge problem. The cause of food insecurity is poverty. People in impoverished neighborhoods face difficulty escaping poverty because of so many setbacks—access to resources such as a good education, affordable health, the list goes on. Simply making money can be seen as a challenge because so many face low-wage stagnation. These are all the systemic factors of poverty. Many people lack sufficient funds to buy food for themselves and their families. In a recession deeper than any other, there are simply just not enough jobs. Our economy is in a slump and it is inevitable that many people will lose jobs.

Food Insecurity in the U.S. During COVID-19

Everyone has experienced the pandemic in different ways. COVID-19 has affected so many families, including those at the upper-, middle-, and especially lower-class. COVID-19 has been destructive. Its impact on families that were already struggling is unimaginable. Despite that, our country as a whole has been struggling prolongedly, seeing as President Trump did not prepare for the damage that has already been done. Many people who have gone unemployed have been left with no source of income, aside from the unemployment checks and stimulus checks that are soon coming to an end. That alone prohibits the buying of household necessities such as food. Food insecurity in the U.S is a serious public health concern. Studies show that in 2018, over 37 million people struggled with hunger in the U.S.  37 million people is an exceedingly large amount. That study was two years ago. Imagine the damage that has been done during the current pandemic. According to Feeding America, due to COVID-19, “more than 54 million people may face hunger because of coronavirus.”

At the start of the pandemic, many consumers were “panic buying.” With everyone stocking up on it, food during COVID-19 is in high demand.  That is partly because many are uncertain of how COVID-19 will play out and this is fueled by anxiety. However, with the rise in fear of COVID-19, demand is high and many food supply chains have been disrupted. Many supermarkets have been obligated to raise prices—when food prices rise, so do hunger rates. Typically, grocery stores in low-income and rural areas are harder to find and also  higher-priced, increasing the risk for minorities living in those areas.

People going through food shortages also have other needs. So while the search for food may come as a struggle to many,  it is just one of many struggles that they are facing. Access to food is not as easy as it once was. In recent studies, 1 in 3 people in Colorado struggled to afford food. Fortunately, many food banks are working harder than ever to help their communities. With that being said, many food banks are struggling as the pandemic worsens. Food banks are in desperate need. This may cause many to feel uneasy because businesses that are built to help communities might face adversity as well.

Many will argue that the U.S. is privileged enough to have resources and that developing countries need more help. However, an increase in poverty has been projected by many developed countries.

The U.S. sends billions of dollars to developing countries through foreign aid. While foreign aid assists these governments and prioritizes the development of poorer countries, it leads me to wonder how the U.S. is taking precautions for its people during a crisis. With the current pandemic, unemployment has skyrocketed, leaving many to rely on social welfare. That being said, there is only so much the government can do. Many countries are mired in poverty and stagnation. Even economically–developed countries are seemingly struggling to survive. The disparities between developed and developing countries exist because of historical processes such as colonization, wars, industrialization, etc.. The problem remains unsolved and is a global issue. We have to understand that we must confront the issue and acknowledge that our opponent is the same all over the globe.

The U.S. is one of the most developed countries in the world. Before COVID-19, there was already a food shortage. It is safe to say that this is an ongoing problem in the U.S. and is just another issue that COVID-19 has worsened. There are so many ways we can contribute to our communities that will help our country as a whole.

Creating food drives and establishing gardens to combat food insecurity are just some of the many actions we can take. We should continue to convince government officials that this is something they need to invest in. That way, they can implement policies that contribute to reducing hunger and poverty in America.

Disclaimer: The views and opinions expressed in this article are those of the author and/or student and do not necessarily reflect the official policy or position of United 4 Social Change Inc., its board members, or officers.
Tags:access to foodfood insecurityfood shortagepoverty

How Social Media is Harmful 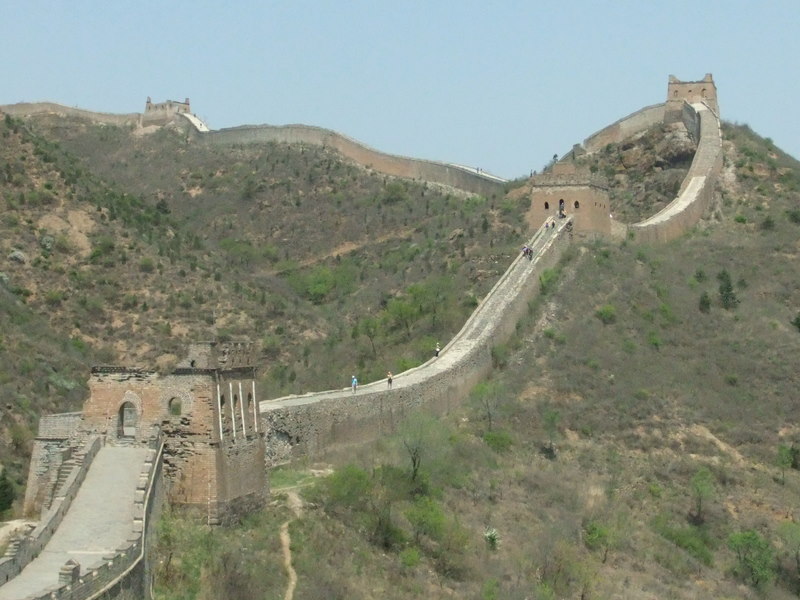 Tear Down This Wall: The “Great Firewall”