In 1999, the United Nations Human Rights Commission passed the Resolution Supporting Worldwide Moratorium on Executions, which calls for all countries to abolish and restrict the use of the death penalty. The United States is one of only ten countries that voted against this resolution. Each year since then, the UN has called for a worldwide end to executions, and each year, the United States remains one of few countries to refuse. While nearly every other advanced nation has opted to end the death penalty, this country remains steadfast in its quest for vigilante justice, ignoring an overwhelming body of research denouncing this barbaric practice. So far this year, twelve prisoners have been executed in the United States. Many Americans who support the death penalty believe that it the best way to punish the most heinous crimes. However, the death penalty should be abolished because it is cruel and unusual, ineffective at deterring crimes, costly to taxpayers, applied in a biased pattern, and far too often results in the death of innocent people. It is time to end the death penalty in this country.

The Death Penalty has existed in this country since colonial times. In fact, it was not until the mid-Nineteenth Century that states began limiting the punishment’s use. These limitations were strongly tied to the abolitionist movement, as enslaved people were often put to death for minor crimes. Support for the death penalty gradually declined through the early-to-mid-Twentieth Century, reaching an all-time low of 42% support in 1966. During this same period, the number of executions fell from 1,285 in the 1940s to only 191 from 1960 to 1976. This drop in popularity coincided with a landmark Supreme Court Decision, Furman v. Georgia, which deemed that Georgia’s death penalty laws were “cruel and unusual,” violating the Eighth Amendment. Because this case was specifically regarding a Georgia law, states found ways to reinstate death penalty statutes without violating the Court’s ruling. Florida was the first state to do such, reinstating the death penalty only five months after Furman. Since then, multiple state statutes regarding the death penalty have been brought to the Courts and have been deemed constitutional. At present, the Supreme Court has banned the execution of “insane persons” and juveniles.

Debunking Arguments for the Death Penalty

Many supporters of the death penalty believe that religious texts, particularly the old testament of the Bible, support capital punishment. However, numerous religious leaders have spoken out against the death penalty, including the Pope.

Some people believe that the death penalty deters potential violent offenders. This was debunked by a 2012 report by the National Research Council, which stated that this claim was “fundamentally flawed” and should not be used in making policy decisions. This was further proven by a 30-year study of FBI homicide data, which showed that the South consistently has the highest murder rate of the USA, and also the highest execution rates. Conversely, the Northeast has both the lowest murder rates and the lowest execution rates. If the death penalty truly deterred violent crime, we should see many more murders in the Northeast than the South.

On the surface, the death penalty may seem appealing. I certainly agree that crimes such as murder and child rape should be punished. In general, the idea of retribution, and eye for an eye, sounds just. Supporters of the death penalty believe that those who take life have given up their own right to live. But at the end of the day, is this really justice? We are saying that taking a life is immoral, but then, in turn, are taking another life. The Constitution prohibits “cruel and unusual” punishments in the Eighth Amendment. Putting someone to death is the epitome of cruel and unusual. Some may say that these violent individuals deserve to meet a violent ending, but if we are truly trying to punish these people who we deem so morally reprehensible, isn’t it a harsher punishment to live out the rest of their life in prison? Many violent criminals are known to commit suicide after their crimes in order to avoid facing consequences. Letting these people die is the easy way out. Life in prison, in contrast, forces one to spend what may very well be decades contemplating the effects of their behavior.

Bias in Sentencing and Innocent Deaths

The death penalty is disproportionately given to Black offenders, especially when their victim was White. Since 1976, 77% of capital homicide cases involved a White victim, while only 49% of murder victims were White. In this way, the death penalty descends from the shameful American tradition of lynching Black individuals believed to have harmed White individuals. The only difference is that instead of vigilante justice at the hands of angry mobs, these murders are now carried out by the government.

Additionally, since the mid-1970s, about half of all death row prisoners have been Black. This is especially astonishing when you consider that only 13% of the US population is Black. There are many ways that our criminal justice system systemically mistreats Black Americans, and one of the most egregious is sentencing people of color to death at such a disproportionate rate. Race is undoubtably a factor in death penalty cases.

Perhaps the most horrifying fact about the death penalty as it stands today is the shocking rate of death row inmates who are found to be innocent. For every nine people executed since 1973, one death row inmate has been exonerated. 47% of those who have been exonerated are Black. Many exonerations have occurred after the defendant was already executed. Death is irreversible, and with so many wrongful convictions, we are killing people who are innocent, and they can never be brought back. While I believe that we should not be executing anyone, innocent or guilty, we should all agree that there is absolutely no justification for executing an innocent person. If you believe that the death penalty is justifiable in the case of murder, how can you believe it is justifiable for the government to murder an innocent person?

Disclaimer: The views and opinions expressed in this article are those of the author and/or student and do not necessarily reflect the official policy or position of United 4 Social Change Inc., its board members, or officers.
Tags:Capital Punishmentdeath penaltyhuman rightsPrisonpunishment

Biden's America Is The Safe And Secure America We Need 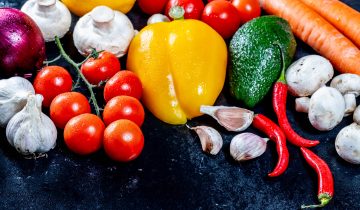 What Are We Really Eating?