Imagine living in the United States during a revamp of the Great Depression, or a period during a severe poverty-stricken economic drought. You would see Americans going crazy, calling for change and being fed up that they are deeper in poverty than usual. Yet, the calls for change and help that would have been made in America are being made all over the world. Many believe that it is the form of government, or the “circumstances that cannot change,” that have exacerbated the poverty around the world. While this is true in certain ways, negligence and greed have taken the world by storm. More people than ever are hoarding money for themselves.  Until we can reach a happy medium in terms of the gap between the rich and poor in the world, poverty will ruin lives every single day all around the globe.

There is a growing and systemic problem throughout the world today, poverty. It is plaguing billions of people, and it is alarming. What is even more alarming is that the wealth of the world’s richest 81 people equals that of the world’s poorest 3.5 billion people. I’ve never seen such a lopsided equation. The sad part is that in this case, there is no “x” to solve for. There is no variable to be isolated or solved for in order to make this equation equal. The numbers speak for themselves.

While last year it only took 23 billion dollars to be in the top one percent of the wealth category, this year it took a whopping 31 billion dollars to reign supreme. It’s time to face the facts, the rich keep getting richer, and we have to press the brakes on this speeding train. Otherwise, the lives of millions will be knocked even further off track.

While many could start to lose hope and say that fighting for social justice and equality is a lost cause, I don’t think it is. In 2013, only 16 percent of donations from the rich went towards health related charities and poverty. Considering that 39 percent of the donations went to colleges and universities in 2013, there is clear that there is not much interest in decreasing the income gap.

As evidenced by the 2013 donations by the rich, they probably would not be thrilled by contributing their share to charities and poverty-stricken countries. Although one of the richest men in the world, Bill Gates, recently donated 240 million dollars to end the outbreak of tropical diseases, and was recognized as the 2nd leading benefactor in the United States in 2012, it doesn’t appear that the richest people have interest in following his footsteps.

However, it poses this question: If Bill Gates can donate his money, which he has done so often in the past, then why can’t more people do it?

Donating a small percentage of all of your wealth can do a lot for someone who has to skip meals every day and wears the same tattered clothes six days a week. There are so many ways that even those who aren’t the richest can contribute to various projects. Kiva is one such site that makes it easy to empower someone. Although financial security does not equate to happiness, people are living under conditions where they can’t experience happiness at all. It is not a question of giving people luxuries, but of giving them basic life necessities.

Enough with the facts; it’s time to think morally. We have a moral obligation to help the poor, and it has been a value instilled in us as little children. “Help other people in need, because you would want the same for you if you were in need,” and even “when you do good, it comes back around,” were all sayings that you have probably heard during your life. In order to achieve greatness and equality, you need to have a beginning. Martin Luther King Jr. did not become an advocate for social change randomly, he had a beginning. Whether that beginning was Rosa Park’s act of defiance or the boycotting of buses and public transportation, there was a beginning.  How can we sleep at night knowing that people in the world have no bed to sleep on?  My hope is that more people in the world can implement these ideas and follow them consistently. In order to restore a sustainable quality of life to the poor, the numbers need to change. Besides, doesn’t everyone deserve a life of opportunity? I know so, which is why I ask you; if you are really united for social change in an attempt to increase social equality and in this case end poverty, what’s your first step going to be? Feel free to comment and make your voice heard!

[Image attribute: commonhealth.wbur.org]
Disclaimer: The views and opinions expressed in this article are those of the author and/or student and do not necessarily reflect the official policy or position of United 4 Social Change Inc., its board members, or officers.
Tags:changeEqualityincomepovertyRichUnity

Dylan is currently a sophomore at Lakeland High School in Shrub Oak, NY. He is a member of the debate team, a member of the Teach 2 Learn Foundation, and loves to play baseball and run track. 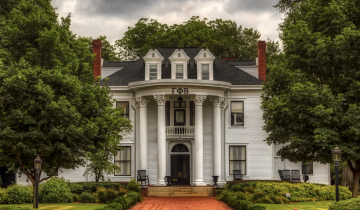