One of the most often overlooked issues in society is the well-established, direct link between poverty and health. This relationship can indeed be observed in the South Asian country of Pakistan, the sixth most populous country in the world. In Pakistan, the cycle of individual health status on the basis individual work is a vicious one. Socioeconomic conditions create situations that lead to numerous health issues, and vise versa. For example, the poor water and sanitation systems in Pakistan are some of the leading causes for the country’s poor health. Some studies indicate that a significant portion of the rural poor incomes is spent on preventable common diseases linked to contaminated water and unsanitary living conditions. When citizens are ill, it only makes earning money more intangible, for they have greater expenses to cover with less ability to work. These illnesses push people into poverty through lost wages and force them to spend endlessly on recurring treatment. Not surprisingly so, the groups impacted the most are the destitute.

The largest cause of inefficient Pakistani healthcare is the privatization of facilities and services. The health sector of Pakistan has become increasingly commercialized. Private hospitals, clinics, and diagnostic labs have been growing rapidly. Several chains of modern pharmacies have emerged in the market. Such an approach to healthcare has constrained the access to medical services for the poor. Medical costs have risen to the point where many individuals have to consider the option of either restoring their own health or feeding their families. Additionally, Green Concerns, an NGO dedicated in alleviating health issues in Pakistan, cites that there are 127,859 doctors and 12,804 health facilities in the country to cater for over 170 million people. This may sound like an insignificant compilation of numbers, but in perspective, it really only leaves roughly one doctor for every 1,225 people. Research scholar Rama Baru reports that privatizing health is detrimental to the poorer populations because it makes the system revolve around money rather than the actual needs of patients. Private businesses operate for profit, and the government should provide for healthcare. Such commercialization in the health industry leads to treating humans like means to an end rather than in ends in themselves.

However, governmental provisioning of healthcare isn’t all that it’s put out to be, either. The question isn’t about who should run it; it’s about how to run it. Private healthcare emerged with such magnitude in Pakistan due to the very fact that government involvement had been deteriorating. It is important to note that from 2001 to 2009, Pakistan’s GDP spending for healthcare dropped by .8%. So ultimately, rather than expanding funding for the accelerating issue, the government caused the poor to experience more drawbacks. Equally as significant, Pakistan has one of the smallest percentages overall among neighboring countries for GDP spending on health. In 2009, India spent 4.2% of its GDP on healthcare versus Pakistan’s 2.2%. This illustrates just how inefficiently the needs of Pakistani citizens are addressed.

To brings things up to speed, there needs to be more government funding allocated towards healthcare and greater regulation of the private sector. In addition, hygienically rooted acts need to go into effect to ensure that citizens are living in sufficient environments for maintaining adequate health. When the Pakistani government finally decides to prioritize the lives of its people rather leaving it in the hands of the well-off, things will begin to move in the right direction.

Disclaimer: The views and opinions expressed in this article are those of the author and/or student and do not necessarily reflect the official policy or position of United 4 Social Change Inc., its board members, or officers.
Tags:clean waterhealthcarehuman rightspakistanpoliticssumaiya alam
Previous post 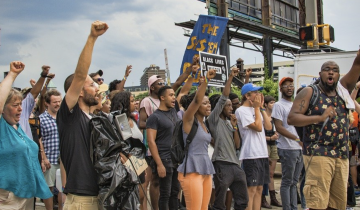 Breonna Taylor Deserves Better – So Do Hundreds of Black Women