The concept of innocence is not a complicated one, but it is the innocent who often find themselves in numerous complications – too much for individuals to dare claim their world has even grasped the idea of achieving any kind of social justice. The innocents of this world suffer on the watch of both the sun and moon, and what we do with the knowledge of this burning fire directs the tongue of its flame. In many instances, the flame burns individuals working in the threshold of ignorance & poverty, both of which are perpetuated by the existence of inhumane labor practices, such as child labor. Children will soon have the weight of the world on their small shoulders. However, in many developing nations, such as Pakistan, children are being burdened with responsibility they cannot handle, and mental and physical wounds they cannot bear. Additionally, child labor will only continue to augment the existing problems it was birthed from: poverty, abuse of workers, and low education.

When a child is forced into the working machinery of labor trafficking, it is almost always caused by a financial crisis. Studies from ActionAid UK have shown that up to 1.7 million children from the tender age of five are working in Pakistan’s illegal brick factories. These children have grown up in the horrors of poverty and their families are simply seeking a way out. In many cases, parents even sell their child in order to feed their child.The entire industry built around child labor is built upon a “work or starve” mentality – a mentality no child should ever have. These children have felt the thunderous pangs of starvation; stories of lavish homes and gleaming skyscrapers are whispered rumors that have turned into their version of mythology. These children have watched their parents’ hair turn grey from anxiety and stress because they cannot provide for their offspring. These children do not know different – they are innocents who have tasted bitterness for the entirety of their young lives. These children are robbed of play and happiness because they are encumbered with matters too old and too heavy.

According to The Huffington Post, many factory owners pay their workers in cash to avoid paying social security, and lack official registration. Because of this, child laborers are inherently invisible in the eyes of their government, and therefore are unable to receive any form of legal aid. Furthermore, this allows for companies to trap their workers in harsh and even life-threatening environments. Due to the lack of documentation, these labor practices, these children, essentially do not exist in the eyes of the law. This industry sits behind a veil which the priveleged world must pierce. Behind this veil, child laborers are often threatened by their directors with physical violence and sexual abuse. Above the aforementioned issues, the working conditions are extremely dangerous – especially for children. Diseases such as cholera run rampant, and children are often brutally injured by the machines they work alongside. Additionally, hygiene and breaks are unheard of in these factories. Children are worked to their highest capacity, and many times more, for next to nothing. According to the United Nations International Children’s Emergency Fund, children working in South Asian carpet factories were found working approximately 13 hours a day for less than twenty cents. When they return home, this money is put towards food. Then, once they have perhaps a scrap of food in them, they sleep restlessly, only to do it all over again when the sun returns to greet them.

Sadly, these children working day in and day out is not the only repeating cycle in the world of child labor. When children are forced into child labor, not only is their youth stripped from them, but also their right to an education. Child laborers are thrust into these industries at such a young age that completing primary school is a feat. These children cannot attend school for multiple reasons, one being that their families cannot afford it, and also because they do not have time to get an education when they are working 6 days a week. When an individual is put into that kind of situation, education is out of the question. These families see not being hungry as a higher priority than allowing their children to dig themselves out of the trenches of poverty. If we were to take on this lifestyle, there is no doubt many of us would be forced to make the same decision. However, when a child grows up uneducated, they are pushed deeper into poverty where it is even harder to escape, and it is likely their future generations will face the very same obstacles. This is the curse of child labor: it allows for poverty to be exacerbated, abuse of workers to be continued, and for children to remain uneducated.

To prevent the continuance of child labor in Pakistan and around the globe, organizations such as UNICEF, ActionAid, the Independent Monitoring Association for Child Labor, and others have taken action. Additionally, Pakistan has national legislation and policies against child labor. However, there are also many steps we can take to further stamp out this inhumane crime. For example, simply being aware of which companies employ child laborers can make a monumental difference, and this information can be found online. If people refrain from buying from these organizations, they will be forced to switch to ethical practices in order to save their companies; this in turn will save countless children from the harsh clutches of child labor, and allow them to seek out better, brighter futures.

Disclaimer: The views and opinions expressed in this article are those of the author and/or student and do not necessarily reflect the official policy or position of United 4 Social Change Inc., its board members, or officers.
Tags:bonded laborchildreneducationempowermenthuman rightsliteracysameena hameed
Previous post 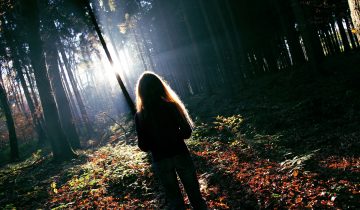