The hashtag, #RIPBisma had erupted on all social media platforms about two weeks ago. Angry Pakistanis blamed PPP Chairman, Bilawal Bhutto, for the death of a 10-month old baby girl named Bisma. The story is simple: Bhutto had came to Karachi Civil Hospital to be inaugurated and to personally welcome the new trauma center being named after him. The hospital engaged in the VIP protocol which denied the entry of any people into the hospital while Bhutto was inside the medical facility. Additionally, the victim’s father claims that the special treatment given to Bhutto even resulted in heavy traffic jams causing him to reach the hospital even later than he should have. Other patients say that the gates of the hospitals had been shut down as well making it very difficult for a clear route to the emergency room.

A comment made by Nisar Khuhro, a senior PPP leader, left supporters of Bisma even more outraged. While speaking to the media, he said, “Bilawal’s security is more important.” This statement highlights the true discrepancy between Pakistan’s elite and its everyday civilians. Even after Bilawal’s tweet about how he was grieving for the child’s death and willing to investigate what really went wrong in the incident, people still had the same response: Bilawal Bhutto was responsible for the death of an innocent baby. Supporters of PPP have questioned the chairman’s actions while others threaten to take back their support stating that this political group has failed to take ownership of their corrupt actions time after time.

Many questions can be asked if we look at this situation from both sides. Can Bilawal truly be guilty or can the blame be put on the hospital instead? Karachi is one of the most populated cities in the world, so can traffic solely be the fault of Bilawal and his political group? Can the death of the child be accredited to lack of efficient protocol or perhaps the restricted mobility for people around the hospital? With several questions still yet to be answered, it seems quite early to be calling out for charges against the politician. Yet again, a child did die and we all know protocols in Pakistan are meant to be broken.

Disclaimer: The views and opinions expressed in this article are those of the author and/or student and do not necessarily reflect the official policy or position of United 4 Social Change Inc., its board members, or officers.
Tags:#RIPBismaaruba asadBilawal Bhuttokarachipakistanpolitics
Previous post 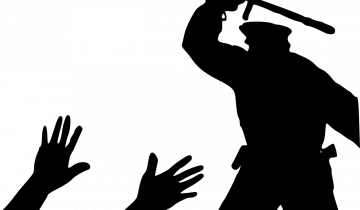