Many seem to be shocked at what has been happening at the border: the inhumane practice of taking children from their parents. However, this is just a symptom of what the Trump Administration is doing to migrants seeking asylum in the U.S.

What we need to know

Many right-wing supporters of Trump and his administration have been jumping through hoops to justify this harsh, zero tolerance policy of immigration, even if there is evidence to suggest this approach is cruel and unnecessary.

Trump, since last week on Monday, has been upholding the lie that it is required by law to separate these families. To be clear, it is NOT required by law. In an effort to shift blame and attention from this lie, Trump is claiming that Democrats are at fault for opposing immigration legislation that includes funding for his $25 billion border wall.

The injustice of family separation

Since the policy has been in place, nearly 2,000 families have been ripped apart and sent to separate prisons. While some parents have been deported, they have not been allowed to leave with their children. One can only imagine the trauma these kids are facing all for the sake of an unnecessary policy.

Currently, there is no U.S. law that requires family separation among people migrating to the United States. In addition, the United States is supposed to uphold human rights treaties that protect those seeking asylum in this country from receiving penalties. The lack of humanity and total disregard for the actual policies set in place demonstrate how the Trump Administration is using family separation as a tactic to hurt those escaping their harsh realities in search of a better future in the “land of the free”.

One of their stories

Since making national news and trending on social media, the stories of these children, and what they have endured in these detention camps, continue to break the hearts of many. One such story is that of Pedro, an 8-year-old boy who migrated from Guatemala with his family in July.

Pedro recalls border patrol officers “[throwing] his father to the ground and stomp[ing] on him” before being separated from him. Fortunately for young Pedro, he was released into the custody of his aunt. However, the memory of being torn from his father will haunt him for a long time.

While stories like Pedro’s continue to come to light, Trump and his administration are spreading fake news to counter the very real stories at the border. Trump has gone on to say that there are thousands of judges in place, set to hear migrant cases; which is false and inaccurate. There are actually only 335 judges nationwide working for the Justice Department – not nearly enough to handle all of these cases.

Now that the family detention centers are making headlines, it’s time to talk about actual alternatives that doesn’t involve ripping families apart. For starters, the practice of detaining these migrant families is detrimental to the mental health of the children involved and that of their parents. Who knows if they will ever be reunited again. This is why cheaper and more effective solutions need not be ignored.

One solution, that is being reported, is the use of GPS tracking and home visits to check-in on migrants who have been caught by border patrol officers. This would allow for immigrants to stay out of these detention centers and for them to continue work on their legal cases.

According to the Department of Homeland Security, this idea is at a significantly lower cost at $4.50 per day, while the current policy is wasting $134 per day to detain adult immigrants in these detention centers. It also reported by the DHS that it takes about $319 per day to detain a person in 2018.

What can be done to help

Unfortunately, the trouble with separating children from their families doesn’t end here. Fathers, mothers, brothers, sisters, sons, and daughters have all been taken from their families, while the remaining family members are still trying desperately to be reunited with them. It is important in these times to keep the pressure on the current administration and your local congress people to do right by protecting, not hurting.

If you are wondering about what you can do to help the immigrant children forcibly separated from their families at the border, check out this link to see a list of organizations, curated by the Texas Tribune.

Disclaimer: The views and opinions expressed in this article are those of the author and/or student and do not necessarily reflect the official policy or position of United 4 Social Change Inc., its board members, or officers.
Tags:childrenfamily separationimmigrationtrump

Awura Ama is a native New Yorker originally from the Bronx. She loves writing, art, museums, music, food, and hanging out with friends. She hopes that her writing will leave an impact on others, while she continues to express herself creatively. Enjoy! 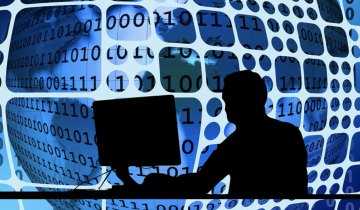