According to CNN news, current president Donald Trump’s ‘Zero Tolerance Policy’ is to prosecute anyone who enters or re-enters to the United States. This would mean that immigrant children are to be separated from their parents at the border regardless of how they come (legally or illegally) here.  Trump’s policy derived from two former presidents: George W. Bush and Barack Obama. Bush, Obama, and Trump’s  policies were made to discourage people from coming to the United States. According to NBC news the number of incoming immigrants has increased due to violence along with other push factors. Therefore, President Donald Trump’s policy will not be effective because it does not stop someone from coming to the United States for humanitarian reasons.

Around 2005, former president George W. Bush faced a problem with the increase of incoming immigrants. According to the Migration Policy institute Bush decided to launch ‘Operation Streamline‘ that took place at the Texas Border. After this plan was not effective, he decided to form his ‘Zero Tolerance Policy’. Under this policy all immigrants were criminally prosecuted instead of going through normal court ruling. There was an exception if the immigrant was a parent and brought their children. This would require the children to go with any family member in the United States. If the children did not have family members in the US, then they would go into foster care (temporarily).

Going into Donald Trump’s presidency immigration was still a problem. Both policies did not discourage people from coming to the US. Now, current president Donald Trump formulated his ‘Zero Tolerance Policy’ using George W. Bush and Barack Obama’s old policies which are now modified in his policy. Trump intended to specifically target children. Trump formulated this using Bush’s since all immigrants were criminally prosecuted for coming to the US.  Trump derived his policy from Obama using facilities, but Trump just put children. Trump first made this policy: at the border, if the parent brought their children, then they would be separated and put into facilities. Soon there was mass protesting when a video of children crying for their parents went viral. Then, images surfaced on the internet of children covering themselves with one emergency jacket – similar to the ones marathon runners use while sleeping on tumbling mats with officers all around them. Trump then changed his policy, indicating families are to be kept together, but for only 20 days. This also caused  major chaos and then a statement was put out that all 2,000 children who were separated at the border need to be reunited with their families within 30 days. Unfortunately, there was no plan to address  what would happen once the children were separated, since so many parents were already deported and the children practically lost (though some have been reunited).

Through recent statistics, it is clear immigrants will cross a border in order to feel safe regardless of the policies. For example according to CNN news, there is a higher increase for a family to come to the United States than alone.  By targeting families, parents, and now children, it is clear that these policies were not successful. CNN has reported that though the policy took place, there is still a crisis at the border. Immigration has been a problem for many decades which dates back to the 1700s when African Americans were forcefully brought to America (Little). During this long period, there was no law regulating who can and cannot come to the United States. This did not happen until the Chinese Exclusion Act(Little). Following this act, laws were created to allow Chinese immigrants to become citizens. This law was intended for Chinese immigrants to become citizens here, but there were all sorts of immigrants that came to the United States, meaning that they too had a chance to go through this process and become citizens.

What Should Be Done?

It is clear that immigration has been a problem for many decades and any family, or person seeking their country for humanitarian reasons will come to the United States to escape that. Donald Trump should make coming to the United States easier because this problem will not get better. Under certain and strict circumstances an immigrant should receive amnesty to make sure the right people will be let into the United States. For example, the person should work, have no criminal record or felonies, cannot affiliate with any violence and or drug smuggling, etc. A notice should be put out that at any point a person could be deported for not following the regulations in order to stay in America. Visa should be eliminated because many times a person who possesses a visa doesn’t leave during the time of the expiration date. These little things can improve the United States immigration policy. Any  person needing to work here (unless he or she has a disability) would create assimilation that any immigrant is here for the better. Through these regulations, it would create a strong enforcement with strict rules, and a possibility that immigrants can still face deportation; in order for the right people to be left in the US.

Disclaimer: The views and opinions expressed in this article are those of the author and/or student and do not necessarily reflect the official policy or position of United 4 Social Change Inc., its board members, or officers.
Tags:illegal immigrationimmigrationtrumpZero tolerance 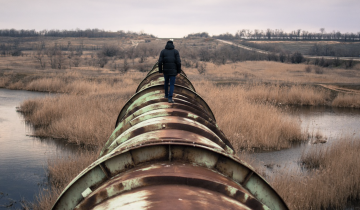