There is a lack of transparency between universities and students regarding allegations of sexual assault. Under the guise of phrases such as “we take this very seriously”, colleges and universities release statements concerning sexual assault allegations that often amount to meaningless words when effective and timely action is not taken.

Colleges and universities do not communicate well with students, especially when it comes to matters of sexual assault allegations. Bringing a sexual assault complaint to the administration does not necessarily mean that an investigation will take place. The details of the investigation are not always provided to the complainant nor the respondent. Some respondents may have actions taken against them by the administration, such as notice of a no-contact order, without being told why the order was issued in the first place. Many sexual misconduct allegations come from third-party sources and an investigation may still occur even if the person claimed to be victimized indicates that the interaction was consensual. Also, both complainants and respondents experience a lack of due process in many cases. Complainants and respondents may not be listened to and may not be informed of how the investigation process works.

Not Taking The Matter Seriously

The hackneyed phrases, “we take this matter very seriously” and “we do not tolerate…”, does not match up with the lack of effective action. The documentary, The Hunting Ground, discusses the sexual assault epidemic on university campuses and the lack of action taken by those institutions. Complainants have been told by college administrators not to contact police. One college administrator claimed to have forgotten about a sexual assault allegation reported by one of the students. It was revealed that there have been allegations filed at universities by multiple students against the same person, indicating that repeat offenses occur at these institutions. People who commit assault and get away with it are likely to do it again. Giving those proven guilty of committing sexual assault lenient punishments such as temporary suspensions, especially when the actions call for expulsion in the school policy, is not taking the matter seriously. Protests and social media outrage in 2016 over Stanford University’s handling of sexual assault cases succeeded in getting expulsion as the penalty for sexual assault but also made the margin for assault thinner. It must be proven that the respondent knowingly took advantage of or incapacitated the complainant, something that could easily be thwarted by the respondent claiming that they didn’t know the person was incapacitated.

Protection From Harm: University Vs Students

Many universities put the reputation of the institutions above the safety and wellbeing of the students. These institutions often try to keep sexual assault allegations under wraps in internal investigations and by silencing complainants. In 2012, 45% of colleges did not report any sexual assaults. Yet, according to the National Sexual Violence Resource Center, one in five women and one in sixteen men in college are sexually assaulted. In the colleges that reported no sexual assaults in 2012, students who have been sexually assaulted may not report the crimes due to previous inaction and victim-blaming by college officials. Fearing that donors and prospective students may view the institution in a negative light if sexual assault allegations were publicized, school administrations often aim to keep things as quiet as possible, even if it means not protecting the current students. In The Hunting Ground, students from multiple universities repeated questions posed to them by school officials, such as asking the complainant what they were wearing or what they could have done differently to prevent the respondent from engaging in the assault. This form of victim-blaming through questioning led some of the students to wonder whether they were at fault for being assaulted. The administration may not even question the person that was accused, especially if they are part of an athletic team or organization that influences the financial standing and the public image of the college.

Communication and transparency are essential to effectively investigating allegations of sexual assault. The procedure for filing a sexual assault complaint should be straightforward and easily accessible to students. Students should also be made aware of what is happening in the investigation throughout that investigation. When conversations and decisions are made behind closed doors, complainants and respondents are often harmed in the process. When universities find respondents guilty of perpetuating sexual assault, they should be expelled. Even though expulsion is a severe academic punishment, if it is done often when respondents are found guilty, it should deter students from intentionally assaulting others. Universities need to implement mandatory education about consent and sexual relationships. More extensive, long-term training should be given to faculty and staff if they are required to participate in sexual assault investigations. Having five hour training sessions before interrogating a respondent is not adequate and expecting faculty and staff to be effective in sexual assault investigations is misguided. Drinking, partying, sex, and freedom of movement are strongly associated with college social life. A long-term solution would be to change the social culture of universities that puts respect, communication, and developing healthy relationships at the forefront.

Disclaimer: The views and opinions expressed in this article are those of the author and/or student and do not necessarily reflect the official policy or position of United 4 Social Change Inc., its board members, or officers.
Tags:higher educationSexual assaultuniveristy

Education Is Important, Regardless Of The Demographic 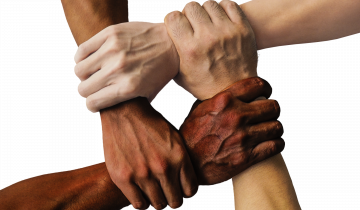