The Trump Administration has placed a target on California’s environmental regulations, yet most Californians have been caught unaware due to a cable news culture that puts more emphasis on profitable stories such as the Russia investigation. What this reveals about Trump is that he does not prioritize the environment. As President, Donald Trump appointed Scott Pruitt, someone who sued the EPA multiple times, as administrator of the Environmental Protection Agency. Pruitt’s leadership, under Trump’s approval, led to the rollback of many environmental regulations. Yet, cable news is barely covering this worrisome turn of events.

The Environmental Protection Agency, responsible for protecting America’s land, water, and air, is now suing California, challenging the Golden State’s authority to regulate greenhouse gases. The EPA no longer approves of California’s high environmental standards and is suing the state because it believes its emission standards are ridiculously high. As part of the EPA’s “back to basics” agenda, the Trump administration would freeze fuel-economy standards at 35 miles per gallon, which according to Bloomberg, would “put the brakes on federal rules to boost fuel efficiency into the next decade.” This benefits no one because the auto industry was already striving towards the Obama administration’s 2025 standard of 50 miles per gallon. The greater irony, however, is that greenhouse pollution has fallen to pre-1990 levels, a historic achievement given that Californians met this target years before its deadline. The decision by the EPA to fight California’s progress is a threat to everyone’s right to breathe clean air as it will weaken vehicle emissions standards.

Yet, if one were to ask Californians if they knew about this recent attack on our environment, almost no one would say they were aware. It’s not that people do not care – it’s that they did not know. The news cycle is often dominated by the actions of the current president and the looming Russian scandal. To the national media, environmental rollbacks are not a priority. Why? It’s simply not profitable.

In a tweet responding to an accusation that the news networks don’t cover the environment enough, Chris Hayes, an American political commentator and journalist, tweeted, “almost without exception. every single time we’ve covered it’s been a palpable ratings killer. so the incentives are not great.” The way news is amplified and the way consumers process news constitutes cable news culture. Cable news amplify stories by giving them more air time, sharing them on social media, and bringing any outside experts to discuss that issue, to which consumers view and proceed to debate. The structures of incentives, where ratings determine which stories are amplified, and the culture of cable news functions simply mean that environmental rollbacks barely make a splash in the pool that is the national media. When there is little exogenous demand, cable news won’t cover environmental stories. A story concerning environmental rollbacks should be covered regardless because it shows that this administration does not prioritize the environment.

We either have to change cables news culture (which is designed to amplify stories, rather than to discover them, AKA newspaper culture) or have cable news anchors weave climate change into their everyday stories. For instance, when covering the Helsinki summit, journalists could have also noted how Trump and Putin are planning to drill for more oil, which will likely increase the pace of climate change. Simultaneously, they could criticize Trump for regulating oil prices at Putin’s suggestion. Meteorologists could also publish articles about how climate change is making everyday weather consistently hotter. Meanwhile, the news could publicize marches protesting environmental destruction, like they did with the Keystone Pipeline, or criticize politicians who make remarks such as “climate change is a hoax.”

What this Story Reveals About Trump

Everyone has the right to breathe clean air. That is not a radical idea. Yet the Trump administration and Trump’s EPA have decided to side with big oil companies by weakening fuel emission standards. We must fight back. California has always led our nation in the fight to combat air pollution. Today’s decision by the EPA to weaken vehicle emissions standards is a threat to everyone’s right to breathe clean air.

Disclaimer: The views and opinions expressed in this article are those of the author and/or student and do not necessarily reflect the official policy or position of United 4 Social Change Inc., its board members, or officers.
Tags:Climate ChangeEnvironmental ProtectionsEPAtrump 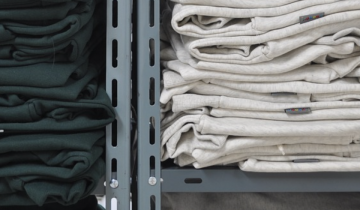 Fast Fashion: To Wear or Not to Wear