Climate Change: How Does It Affect and React To California’s Fires

The wildfires in California this year have become the worst in American history, expanding at an alarming rate and destroying everything that comes in their path. While firefighters from California and across the states have been able to put out most of the fires like the Gulch Fire and the Nelson Fire, there are still some that refuse to be subdued such as the Carr Fire and the Ranch Fire in the Mendocino Complex. The reason why these wildfires have started in the first place and continue to grow worse is because of climate change.

The Creation of Wildfires

In order for wildfires to begin, the air in a given area has to be really dry from natural causes. Add in strong winds, and the fire will then spread out and become a wildfire, causing damage to any homes that are in its path. While wildfires are destructive, they are actually good for the environment. When a fire destroys a forest with dead trees and dying plant life, the ashes from them provide healthy nutrients for the forest, and allow future generations to grow better than the previous one. While these wildfires are good, the one in California are not due to the different materials being burned that have negative reactions to fire.

Climate change is a result of greenhouse gases from car engines, factories, and power plants getting trapped in the atmosphere which also traps the sun’s heat. Due to this, temperatures are rising and areas that are dry have become even dryer, which makes it easier for wildfires to start. Because the wildfires are so hot, they heat up the atmosphere even more and make climate change even worse.

The Damage Done By The Carr Fire

One example of climate change affecting the fires and vice versa is the Carr Fire, which has already destroyed over sixteen hundred buildings, injured three people, and killed eight people and is still running rampant. The Carr Fire is actually producing its own atmosphere filled with oxygen, which fire needs in order to burn. It’s also creating what’s known as a pyrocumulus cloud which happens when intense heat explodes in the atmosphere and creates strong winds, violent lightning strikes, and new fires–an inspiration for natural disaster films. As of August 29, it is 97% percent controlled and poses little risk to more human lives other than the firefighters’.

How Politicians Are Reacting To This

With the devastating wildfires wreaking havoc across California, Governor Jerry Brown states that climate change is the reason why the wildfires are being created worse than ever before. He is doing everything he can do with his power to subdue the flames before they destroy his state. President Donald Trump however, blames Governor Brown for not doing enough and refuses to accept that climate change is a key factor in the wildfires. On Twitter, he openly states that it’s Governor Brown’s fault and that there isn’t enough water to deal with the fire when firefighters have reported that lack of water is not the problem. President Trump is also taking little to no action in assisting with the growing threat.

What People Can Do To Help

The greatest help that people can do not only in California but around the world to prevent such horrific disasters like the wildfires in California is to focus on fixing climate change. The easiest way to do this is by reducing greenhouse gases. To do this, people should use their cars less and start carpooling or taking public transportation. Also, people should take more care in terms of what they do with flammable items in dry areas. Lastly, funds are being used to help control wildfires when they really should be more focused on fire prevention and practicing controlled fires.

What This Means For The Future

If climate change can be fixed, then humanity and the world will be able to look at a brighter future with less wildfires in terms of the amount and destruction they cause. However, if people do not work on fixing climate change now, then the wildfires of 2018 will be nothing compared to the more devastating wildfires of the future. And wildfires will not be the only thing to change. Sea levels will rise due to the melting snow and ice, animals could go extinct, and the atmosphere will not be tolerable to live in.

In order for humanity and all life on Earth to survive, climate change must be fixed at once.

Disclaimer: The views and opinions expressed in this article are those of the author and/or student and do not necessarily reflect the official policy or position of United 4 Social Change Inc., its board members, or officers.
Tags:californiaClimate ChangeWildfires 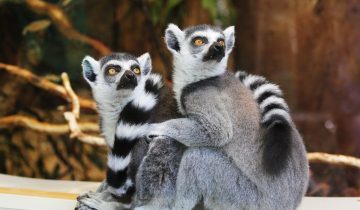