On January 3rd, 2019, the newest members of the House and Senate were sworn in. This incoming class is reported to be the most diverse in history- in both race and gender. 40 of the politicians are women, and 60 are men, which is the smallest gender disparity in American history. Additionally, there are at least 25 members of the House who are people of color. For the first time, two Native American women, Sharice Davids and Debra Haaland, were elected to Congress, with Davids also being the first openly LGBT person elected to represent the state of Kansas. Ilhan Omar and Rashida Tlaib are the first two Muslim American women to be elected, and Omar is both the first congresswoman to wear a headscarf and the first woman of color to be elected to represent Minnesota. Even though the American government has more women in it than ever before, and has made large strides towards equality, there is still a long way to go in terms of diversity. In order for this country to be fairer, politicians need to be from all backgrounds and ethnicities.

Although racial diversity is extremely important, the incoming congressmen and women are also diverse in several other ways. For instance, they all come from a variety of backgrounds, some even from ones that have nothing to do with politics. There are teachers and doctors, professional athletes, and veterans. They have a multitude of life experiences, which will aid them greatly during their term, as they have held occupations similar to that of many Americans. Citizens will be able to relate to politicians more, lowering levels of distrust. Moreover, because these government officials all have different experiences, they will have varying perspectives on legislation and such, and may be able to point out any possible flaws in the number of bills that are proposed.

The Importance of Representation

Representation is an issue that was fought for even before this country was founded, and is one that is still fought for this very day. To truly make America great, politicians from all classes, races, and backgrounds must be elected. This ensures that everyone has a voice, and that there are people within our government working actively to prevent anyone from struggling the same way they have. The hardships officials have suffered gives them more initiative to incite change within their communities, and make our country a better place overall. Furthermore, representation encourages children from underrepresented backgrounds, because it ultimately proves to them that they can do anything they want to, regardless of their skin color or their class.

Congress is as diverse as ever, but there is always room for more. For example, almost all 40 of the women were Democrats, and the new Republican officials were predominantly white males. This may have to do with the specific ideals of each party, but there should be a significant amount of diversity in both, because Americans of different ethnicities and backgrounds may vote for either. To guarantee a more inclusive future, children should be motivated to become engaged in politics. They should learn about current events in school, and understand thoroughly how the decisions made by the government affects them and their family’s daily life. Students from underserved areas should use the adversity they have overcome as inspiration to become involved in activism. Speaking out, and having your thoughts heard, is the most crucial part of the democratic process, and the way to make sure every voice is heard is by electing officials who have experienced similar difficulties during their lifetime.

Disclaimer: The views and opinions expressed in this article are those of the author and/or student and do not necessarily reflect the official policy or position of United 4 Social Change Inc., its board members, or officers.
Tags:116th CongressCongressDiversityrepresentation 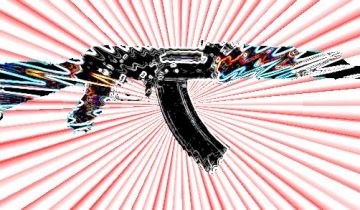