Climate Change has been a major issue in our society for as long as most of us can remember. But just in recent years, it has become a threat to our planet. There is some opposition to the issue because some believe that climate change is not real. However, it has been scientifically proven with many different pieces of evidence. There is a great number of activists who are trying to get people to understand the magnitude in which climate change is affecting the world. The issue of climate change needs to be fixed very quickly in order to preserve the earth overall because of the damage it is causing to important environments such as the Amazon rainforest, which not only affects biodiversity but also the rest of the planet.

It is difficult for someone to argue against climate change because of how much evidence has been proven to support it. Some of the evidence includes the fact that the average temperature has raised 1.62 degrees Fahrenheit since late in the 19th century. This has had an impact on other aspects of the world, such as the ocean temperature. Since 1969, the average ocean temperature has raised 0.4 degrees. These rising temperatures have a lasting effect on animals and other living organisms in the ocean. According to the National Ocean Service, climate change has done severe damage to coral reefs. Problems include coral bleaching, spreading of diseases, and destruction of coral. This has all been caused by the warming of the ocean, ocean acidification, changing storm patterns, and precipitation among other aspects of climate change.

Due to the rising temperature, the size of glaciers and ice sheets have shrunk. This has played a major role in the rising of ocean levels. The rising sea levels have caused major problems all around the world. For many states and countries surrounded by water, and islands, there is a major threat of being underwater in the future. The sea level has risen eight inches in the last century. With all of these facts considered, it is clear that climate change is a major issue and needs to be fixed.

Climate change is not just affecting one certain area of the world. It is causing major issues in areas with completely different environments. For the Arctic, ice sheets and glaciers are shrinking. This raises problems for wildlife such as polar bears because their habitat is melting. As previously mentioned, islands and land near the ocean are in danger of being completely covered by the ocean. Many different animals are at risk because all of their resources will be destroyed, as well as their habitats.

NASA has shown that many farmers and agricultural workers are also being affected by climate change. This is due to the constantly changing temperature and weather patterns. The temperature is continuing to rise because of greenhouse gas emissions, so the frost season will continually be shorter. With these changing weather patterns come more severe storms. It is also evident that there is a more intense contrast between drought and heavy rainfall. This is damaging to crops, animals, and the land overall.

The Major Issue In The Amazon

For a majority of August, the Amazon rainforest has been on fire. A result of climate change that is affecting the Amazon is the change in precipitation. A significant increase in droughts has led to a more arid climate, resulting in an increase in fires that are blazing the Amazon. The fires have reached such levels of intensity that that the smoke has caused Sao Paulo, Brazil to go dark during the day. Since January of 2019, there have been 74,155 fires in the Amazon. The rainforest is the home to millions of unique species that are not found anywhere else in the world. These fires are killing them and their habitats. If these trends continue, then 30-60% of the rainforest could turn into a dry savanna. The Amazon is a beautiful habitat for these organisms, so it is a shame that these fires are preventing them from flourishing as they should be.

How The Burning Of The Amazon Affects Earth

It has been proven that the Amazon can slow down climate change. This is because of how the mass amount of trees are able to absorb the greenhouse gases that are being emitted into the air. But, with all of the trees being burned, these gases are being released into the atmosphere. So without the Amazon, the damages caused by climate change will be accelerated and humans will have less time to try and put a stop to it. The rainforest also absorbs heat, so with it burning, this heat is going straight into the atmosphere. One of the major issues is that the Amazon is supposed to store carbon dioxide. The biodiversity of the planet will also decrease because all of the unique organisms found in the rainforest will be endangered. There needs to be more done to try and help climate change slow down, so important environments such as the Amazon are not destroyed.

It is clear that something needs to be done about climate change because of the negative effects it is having on the Earth. The main solution is that there needs to be a decrease in the greenhouse gases that are released into the air. This can be done by using cleaner energy. Examples of this include solar power because it is not releasing anything that could be harmful to the environment. Another way people can take initiative is to drive more environmentally friendly cars. Regular cars release a lot of fumes into the air that can be damaging. There should also be less factory and power plant use because of the problems they cause in the air. Even regular people can take action to slow down climate change such as recycling, turning off lights, and preserving water. These small tasks all help the environment, which will help prevent climate change. There needs to be a significant change in how people are living their lives, or it will be too late to put a stop to the lasting impacts of climate change.

[Image Attribute: Cristian Ibarra Santillan]
Disclaimer: The views and opinions expressed in this article are those of the author and/or student and do not necessarily reflect the official policy or position of United 4 Social Change Inc., its board members, or officers.
Tags:AmazonClimate ChangeGlobal Warming 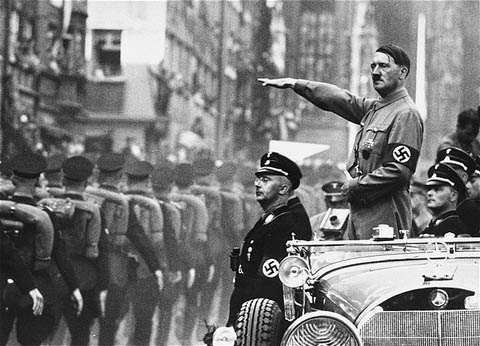 Is It Right To Compare Refugee Internment At The U.S. Border To The Holocaust?