The COVID-19 pandemic has been catching the world by storm these last few months, forever changing social life as we know it. Surprisingly, the United States of America is the country most heavily affected by the virus and struggling the most at combating it. Many can blame the president and government, which is completely valid, but one major reason that is making the USA struggle the most is what I like to call the “Freedom Narrative.” The country has enjoyed falsely advertising themselves as free and equal for decades now as only their select privileged demographics believe in and enjoy the freedom and equality. That group of mostly affluent white people truly believe that the US is a free country, and they place their “freedom” at the utmost value in their lives. Their belief is fine, and I understand the sentiment; however, when they apply that belief to any situation that even slightly discomforts them, that is when the belief becomes problematic.

The association that I am referring to is the anti-mask conservatives. A group that opposes wearing masks in North Carolina that goes by Reopen NC said masks are “muzzles” and, along with precautions such as temperature checks, “erode their freedom.” Groups like this have started burning masks on social media and tagging their posts as #IgniteFreedom. Anti-mask protests have risen, and even conspiracy theories that the pandemic is fake and Americans’ constitutional rights are being stripped from them are gaining popularity. On the other hand, there are legitimate arguments being made about masks not being effective; however, the arguments are made because of skepticism, completely ignoring the impact masks have clearly made in other countries.

During the pandemic, I have begun seeing the Freedom Narrative becoming skepticism the white conservatives have of the “foreign virus.” The narrative allows any sort of federal or state law that changes an individuals’ daily life (in this case, the ability to go into certain stores, buildings, etc.) to be perceived as “stripping away rights.” In this specific pandemic situation, the narrative develops into skepticism about the reasons why their rights are being “taken away from them” since they do not believe in the true reasons. Normal citizens are not the only ones guilty of having such thoughts, as journalists and other writers are spreading information that is motivating these citizens. This information can be seen by all, so it can, unfortunately, puzzle people who do not know as much about the situation. From personal account, I have heard people saying how confused they are about what to do during this crisis as one day, they will hear news saying masks should be mandatory and the very next day, they will hear the opposite. The skepticism that has affected many types of citizens is helping the spread of false information; the more I think about it, the more unsurprising this occurrence is, as civil society in the US is so common that interest groups for anything exist. Another sneaking suspicion I have about why there is skepticism among these Americans is that they want to make excuses to avoid wearing a mask.

One Kentucky woman who was infamously caught on camera coming into a store with a hole in her mask that she cut because it made it “easier to breathe.” This is the pinnacle of “American stupidity,” a shameful stereotype that we are currently playing into as other countries watch the US fall apart. Even as some state legislatures are trying to mandate and enforce the wearing of masks, Americans can find “loopholes” (if you can even call this one) to comfort themselves like in the above example. The most troublesome part of the situation is that we are not learning from other countries who have basically subdued the virus to a very low level. For example, China, the country that the virus originated from, and other Asian countries that originally had the most hardship in dealing with the virus are now seeing low double-digit to single-digit cases per week. Although China is led by an authoritarian regime, the benefits of such a government shine through in a crisis like COVID-19 as they can legally enforce masks to be worn in public, people to have their temperatures checked everywhere, and heavily affected regions like Wuhan to be completely quarantined. As the country that used to be the focus of the Corona Virus, China’s cases of the virus have capped at around 85,000 for around five months now.

Other countries like New Zealand and Norway have also handled the outbreak extremely well; New Zealand had one of the strictest lockdowns that held deaths to a mere count of 22, and Norway also heavily tested and had strict measures that were successful. The US is clearly addressing the outbreak the worst because the numbers back it up. Statistics show that the US is the worst at handling the pandemic than other countries even when they are adjusted for population sizes, which is not surprising considering all my above arguments. The US has 700 more cases per week per million residents compared to the closest region in cases, which is all of Europe, with around 100 cases per week per million residents. The fact that the gap is so large is astonishing and upsetting to look at, as the US is the only nation that has peaked again in the summer.

Everybody has different biases and different sources that they get their news from, but one universal person everybody in the US is watching is the president. Whether you love or hate our current president, his actions affect all Americans. The president should be a role model to society as the leader of the executive branch of the US government, and the fact that he refuses to wear a mask is problematic. So, he should publicly wear a mask to visually show everybody that it is a necessary precaution. Otherwise, it should be illegal not to wear a mask in public, and social distancing laws should be more strict as countries like China—despite their commonly looked-down-upon authoritarian government—enforced mask-wearing, and that mostly ended their pandemic crisis. If the US followed the steps of New Zealand or even Norway, it would have undoubtedly mitigated the crisis. If the US enforced widespread testing, a stricter lockdown, and mandatory mask-wearing/social distancing, the country could slow the virus. Unfortunately, there is little to no hope that this will happen in the individualist democratic system of the USA. Hopefully, we as citizens can continue educating ourselves and self-enforcing good habits to not spread COVID-19 to others, so we can congregate and socialize again in the future.

Disclaimer: The views and opinions expressed in this article are those of the author and/or student and do not necessarily reflect the official policy or position of United 4 Social Change Inc., its board members, or officers.
Tags:covidFreedom narrativeusa

Breonna Taylor Deserves Better - So Do Hundreds of Black Women 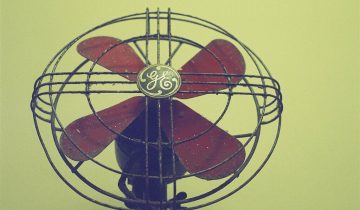