Technology Is Important for Social Change and Education

Technology and Its Impact

Throughout the years, advancements in technology have skyrocketed and opened so many doors to new possibilities. Since the creation of the internet prototype in the 1960s, technology has evolved exponentially and life has consequently evolved with it. According to the Washington Post, in 1984, only 8 percent of households had a personal computer, the mobile phone was still a large brick, and the World Wide Web was still five years away. In the year 2000, “83% of U.S. home entertainment spending was tapes,” and now 52% of adults in the U.S. have a Netflix subscription. The starkest difference in comparison is that in 1993, over 99% of U.S. households had no internet – but by 2016, around 70% of U.S. households had home broadband internet with only 12% having no internet. So much has changed in the past decades, and technology is only continuing to progress. Although some may feel that technology is making people more isolated, antisocial, and lazy, technology has the ability to connect so many people during rough times, and has created positive social change seen in the Black Lives Matters movement through awareness, organization, and accessibility.

Unexpected Necessity During the Pandemic

While there are many commonly known benefits of technology, such as easy communication between friends and quick access to knowledge, there are numerous unexpected benefits that have arisen during recent world events. Due to COVID-19, schools and colleges have had to turn to remote learning, as in-person gatherings were no longer possible. Because of this, one of the unexpected benefits of technology that has become a necessity: online classes. Over 700 universities have turned to Zoom, an online video conferencing platform, to conduct remote classes for the Spring and Fall 2020 semesters. During the ongoing pandemic, the ability to take online classes has become crucial to provide education to the younger generations. Had platforms such as Zoom not been created, thousands of students would have had to either stop their education until the pandemic was under control, or risk their lives to continue attending in-person classes. None of these options would have been ideal, and the development of video conferencing capabilities has really allowed for students to continue learning as uninterrupted as possible for the situation. The advancements of technology have allowed for this transition from in-person to online to happen as seamlessly as possible.

Another unexpected but necessary consequence of advancements in technology is the ability to accelerate social change in the world. For example, recently the Black Lives Matter (BLM) movement has gained a lot of attention due to recent events of police brutality. George Floyd was brutally murdered by police officer Derek Chauvin. We know that Chauvin kneeled on George Floyd for exactly eight minutes and 45 seconds as Floyd begged for him to get off and told Chauvin that he “can’t breathe”. We know these details because of a video recorded and posted onto the internet, causing an overwhelming anger to flow over the public. As a result of this murder, and many other murders such as Breonna Taylor’s murder, people began to take action against police brutality. Many have started protesting, petitions were created, bailout funds were made, and the public’s anger increased.

All of this was possible because of advancements in technology, which allows for accelerated progress for social change. For the specific example of the BLM movement, momentum was created from the death of George Floyd being filmed and publicised. Technology was used to spread awareness of police brutality through social media such as Instagram, Twitter, Facebook, and TikTok. Many people began to advocate for the movement and posted links to petitions and organizations such as the Minnesota Freedom Fund, which paid off criminal bail for those who were arrested while protesting and couldn’t afford bail. Additionally, many links were provided on social media to sign petitions, call the government, and donate to create change. Furthermore, social media was used to organize protests and meeting points. As illustrated, the Black Lives Matters movement was heavily popularised and aided by technology and social media, resulting in social change in the world. The advancement of technology has accelerated social change and allowed for more access to useful information, which helps bring the public’s attention to various important issues.

Even with all of technology’s benefits to society as a whole, many believe that technology is making people more isolated, antisocial, and lazy. While I agree that there are negative aspects of technology, the benefits outweigh the disadvantages by far. For the claim that people are more isolated and antisocial because of technology, what about the people who use technology to create plans and communicate with friends? If used responsibly, mobile phones and social media can be used to keep in touch with friends, and to have easier access to those far away. As for the claim that technology makes people lazy, while it can, it can also make people more active. Products such as the Apple Watch allow for calorie and step tracking, as well as heart rate monitoring and general activities. Additionally, Facebook events could be created to have a group hike, bike, or gathering. Again, if used properly, the benefits greatly exceed the drawbacks and should continue to progress.

Some potential solutions for these anti-technology claims would be to remain actively aware of screen usage. With Apple products, the “screen time” application allows the user to view their technology usage and change their actions based on the information. We should all make sure to limit our daily usage to make sure we remain active and social. While it is indeed easy to be lazy and glued to your screen, sedentary the whole day, we need to combat that. Technology is supposed to improve our lives and make tasks more convenient – not  take over our lives and consume us. Taking some time off of electronics to go outside or read a book, just to let your eyes rest from the screen and to be in contact with the outside world, is essentially and highly recommended. With these solutions in place, technology improves our quality of life tremendously.

The benefits of technology greatly outweigh the negatives and help with convenience and efficiency. The only harm is an excessive use of technology, which can easily be fixed by limiting the amount of hours one is using electronics. Technology is an important advancement in the world that has not only made things easier and quicker, but has helped accelerate social change and education of students. We need to continue advancing technology, and continue reaching for endless possibilities.

Disclaimer: The views and opinions expressed in this article are those of the author and/or student and do not necessarily reflect the official policy or position of United 4 Social Change Inc., its board members, or officers.
Tags:educationsocial changetechnology

It Is Time To Call Out Antisemitism In All Forms 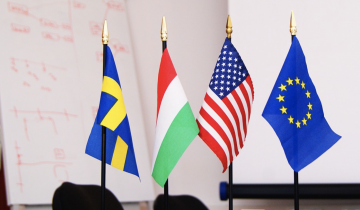