Generation after generation, we have been witness to the pathogenic world ruling over our biosphere. Smallpox virus havocked centuries of our living, HIV rusted the second bit of the 20th century, and the 21st century heralded its second decade with the mass-destruction by COVID-19. Especially during such grim times, one must reflect upon the past and educate each and every one about vaccine science, to understand the need for vaccination. One has to fathom the logic behind vaccination, which in a nutshell, enables the human system software update.

The power a vaccine holds in uplifting this human race after being bogged down by a plethora of infectious pathogens is unparalleled. Nevertheless, the growing anti-vax cults are campaigning far and wide against vaccination, thus exposing their irrationality by failing to deduce the science and the accounts of history and reality, which unequivocally echo the wonder of vaccination.

The Curse of the Pathogens-

The human machine, like any other, needs constant modification and betterment to become a more advanced version than the previous self. Be it the smallpox epidemic lasting till the 20th century or the 1918 Spanish flu; be it the polio epidemic in the 19th century or the COVID-19 in the early 21st century. Every century, every generation has to fight their own war to ensure biosecurity.

Hence, this constant system update is essential to ensure that we are on the favored side of natural selection. Vaccines undoubtedly are responsible for materializing this hope into reality. History has accounted for the persistent effort and success seen in the eradication of smallpox (caused by variola virus) or poliovirus with the aid of vaccine development. With you and I living healthily due to vaccination, the battle can be won against these infectious species, and the false-claims of the anti-vax cults can be refuted time and again.

The Science behind the Vaccine Magic-

The purpose behind vaccination is to equip your body to get the better of the menacing pathogens. The science is simple and is authentic. Vaccines are the attenuated, non-virulent versions of the pathogens that cause fatal diseases. On inoculating the weakened form of the pathogen, the immune system is boosted to combat this very bacteria/virus if encountered in the future. The memory T-cells of the immune system registers the characteristics of the weakened pathogens, and if exposed to the same down the line, the immunity is instantly triggered to annihilate these infectious and contagious species. Thus, by nipping it in the bud, vaccines prevent viral growth within our body and curb its spread in our surroundings.

Is vaccination an essential hack to survive on this planet? Undoubtedly, and history is proof of vaccines’ critical role in human life. Smallpox causes severe skin rash, pus-filled blisters in the limbs, possible blindness, intense pain and fever, and subsequent death. This contagious virus had plagued our earth for over 1000 years, with an estimate of 300 million deaths in the 20th century alone. Edward Jenner, in the 18th century, got his breakthrough in smallpox vaccine development. However, his work was dismissed and rubbished by various anti-vaccinationists, rendering the eradication of this virus to be a farfetched dream. With further study and full swing implementation of vaccination, since 1980 till date, around 200 million lives have been saved and protected from the smallpox virus.

Polio epidemic paralyzed millions of families across the globe, in the 19th-20th century. The contagious, paralytic poliovirus mainly targets children under the age of five. The initial symptom of headache and nausea translates into meningitis and paralysis with increasing criticality. Even today, the three nations, namely Afghanistan, Nigeria, and Pakistan, have not taken their responsible step towards the eradication of this debilitating disease. Although the polio cases have decreased over 99% since 1988, with the irrational anti-vaccinationists and negligence towards this virus, even a single infected child is capable of risking the worldwide population, capable of mushrooming the cases to 200,000 each year.

Are these efforts and success stories enough to refute the baseless claims of the anti-vaccinationists?

The Irrationality of the Anti-Vax-

Anti-vaccinationists have existed since time immemorial, spreading false claims against vaccines and vaccination, refusing to vaccinate their own children, and subjecting the lives of millions globally to impending jeopardy. A vaccine does take years to develop, long-running trials to vouch for the safety and efficacy of the product, but our history resonates with the survival of countless people due to the benefits of vaccination.

British doctor and researcher Andrew Wakefield, in 1998, falsely claimed that the measles, mumps, and rubella (MMR) vaccine caused autism in children. Although this fake spread of fear was debunked, it resulted in a drop in vaccination rate to as low as 60% in the early 2000s. A 96% to 99% vaccination rate is necessary to maintain herd immunity and prevent the future outbreak of contagious diseases.

Anti-vax cults have expressed strong disbelief in the science behind vaccines, relying on undrafted religious beliefs and refusing to vaccinate their kids under false pretext. Their lack of faith in pharmaceutical companies, stamping them as money mongers, has compromised the health of the society at large. The Regulatory Agencies and Pharmaceutical Companies work for social development and not to dupe people. If that’s the case, opt out of medications altogether, leave no exceptions. Alternative medicines, which are recommended by the anti-vaccinationists, are long term, slow working treatment options, that mainly work to ameliorate the symptoms or are supplements to vaccinations. However, to eradicate the disease altogether, the sole alternative is vaccination.

These baseless, false claims spread across social platforms, and the growing clusters of anti-vax cults had resulted in the measles outbreak in 2019, with about 1282 cases of measles in the United States alone. The underlying reason for this surge was the refusal to get vaccinated. Due to morbillivirus (measles virus), the symptoms of high fever, body rash, and weakened immunity can result in subsequent death. In 2018, throughout the world, more than 140,000 people had died due to measles.

What are the anti-vaccinationists trying to justify? These ignorant masses of people are throwing the lives of millions into the fatal pyre of the infectious pathogens. When proof is in and around you, why commit a mistake that the society has to repent for in the long run? Get vaccinated and batter the hold that these ever-mutating pathogens have over us.

The Centre for Disease Control and Prevention (CDC) has vouched for the safety and efficacy of the MMR vaccine. Like any medication, the side effects will prevail in vaccination as well. But the odds of adverse reactions are extremely bleak, resulting in vaccination being much safer than contracting MMR.

Development is perennial in the field of genetics and personalized medicines/vaccines, with newer combinations of vaccines catering to a broader spectrum of diseases/disorders. Today, vaccines are being developed considering the genetic history and are better customized for the individual population, further minimizing any chance of adverse effects.

As responsible global citizens, we are answerable for not only our own health but for the lives of the people we surround. With substantial affidavits that science and history provide us, we must educate, advertise, and promote the vitality behind vaccination. Vaccines are our battle weapons to eradicate these fatal diseases. We must decide on which side of history we want to be a part of, as it all narrows down to natural selection and survival of the fittest. Vaccinate for personal benefit and for championing the right to a healthy life for each and every man.

Disclaimer: The views and opinions expressed in this article are those of the author and/or student and do not necessarily reflect the official policy or position of United 4 Social Change Inc., its board members, or officers.
Tags:anti-vaxpandemicpathogensvaccines

How Social Media is Harmful 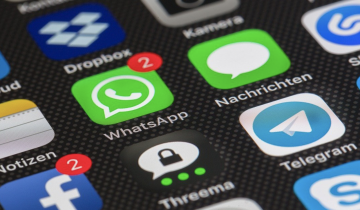