Since its introduction in the mid-1900s, the concept of affirmative action has continuously sparked controversy. Defined by Stanford as “positive steps taken to increase the representation of women and minorities in areas from which they have been historically excluded,” affirmative action remains a widely debated topic amongst younger and older generations alike. Opposition to the idea frequently arises when those positive “steps involve preferential selection.” However, research and alternate sentiments show that affirmative action proves to be necessary even today. Though many argue that affirmative action is outdated and disadvantages Asian and White Americans, it is essential to ensure a fair representation of groups that have been historically excluded.

The main stage for controversy is college admissions. Prestigious universities such as Harvard, the University of Texas, and the University of North Carolina have been practicing affirmative action for years, and have come under fire from the group Students for Fair Admissions. This group believes that “racial classifications and preferences in college admissions are unfair, unnecessary, and unconstitutional.” Clarence Thomas, a Black conservative, sees affirmative action as patronizing towards African-Americans. Other opponents of affirmative action feel that Asian and white students are held at a higher standard when compared to Black and Latinx students.

The Case For Affirmative Action

However, merit is not the pinnacle of fairness in education. Historically, Black and Latinx communities have been systemically disadvantaged. A study by the Government Accountability Office found that Black students are much more likely to be disciplined in K-12 schools. This includes suspensions, expulsions, and even referral to law enforcement and school-related arrest. Duke University found that Black women face limitations in job opportunities due to many employers’ bias against natural hair. Affirmative action does not intend to say that a Black student cannot perform as well as an Asian or white student, but rather acknowledges the existing system that puts Black students at a disadvantage. Affirmative action may make it appear that Black and Latinx students are accepted for “doing less” than white and Asian students, but the barriers that exist in the United States balance the system.

After California’s affirmative action ban (Proposition 2019) took full effect in 1998, Black and Latinx enrollment declined in the University of California system, according to a study by UC Berkeley economist Zachary Bleemer. Furthermore, the study found that the ban “did little to lift whites and Asian-Americans.” The issue of race in college admissions is complex as each group and each individual has their own circumstances, but Black and Latinx students continue to face systemic racism that creates lifelong barriers. Affirmative action is a method of mitigating this issue and is thus necessary to ensure equity amongst racial groups.

Many believe that affirmative action was required in the past, but is redundant today. This may seem to be logical, as Black Americans now legally have equal rights to other Americans, but this entirely ignores the continuing effects of slavery, Jim Crow laws, and redlining. An example of this is in St. Louis, MO, where the effects of redlining are blatantly clear even today. An article from the Boston Review reads, “You can map virtually any index of well-being—childhood asthma, access to broadband, level of education, life expectancy—and a stark disparity will be evident along the east-west path of Delmar Boulevard.” Black people are still in a system that constantly disadvantages them, and gaining acceptance to an elite university can help break that barrier.

The best way to advocate for this cause is to talk to your friends and peers who may be anti-affirmative action. Creating change on the community level can spread further, allowing people to understand the necessity of affirmative action for equity.

Disclaimer: The views and opinions expressed in this article are those of the author and/or student and do not necessarily reflect the official policy or position of United 4 Social Change Inc., its board members, or officers.
Tags:Affirmative ActioneducationEqualityrace 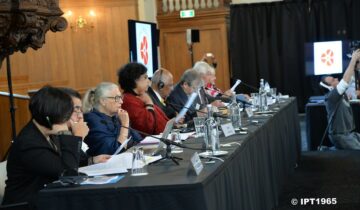