Rethinking the Role of Television Media in the World of Information

The media have sustained harsh blows in recent years. President Donald Trump’s open hostility toward the media’s reporting is a primary contributor. The state of television media in particular is an unhealthy one. Fox News has been under fire due to its controversies regarding COVID-19 and racial justice. CNN’s headquarters was damaged during racial protests, as protestors accused the network of “feeding fear and anger every day.” American television media suffer in another way: they have lost the factual and journalistic vigor that they used to have. Now, television media rage biased opinions that override the formerly established priority of informing Americans. Although they still aim to inform viewers, American television media have strayed from informing audiences with sufficient news coverage and instead have shifted toward being mere entertainment platforms, tainted with excessive commentary, consistent political bias, and occasional falsehoods. As television media fail to properly report valued information, Americans must resort to more qualified journalistic media—like those of print or radio—which contain the abundant coverage that is necessitated in today’s world.

The Value of Information

Information bears power. It guides our daily lives, may it be about tomorrow’s weather or America’s political climate. Staying updated on current events is valuable to our understanding of the world around us. To create a comprehensive illustration of our world, we must know important people, places, and events and how they are currently shaping our present and future. We should have in-depth knowledge about the social structures and standards that we are expected to abide by in society. These expectations help us make decisions integral to our lives and those of others. For instance, staying informed on climate change may push us to take a bike to work or advocate for the environment. Having sufficient knowledge about COVID-19 can help us make healthy decisions about whether to return to work or send children to school. Tracking the actions of our president can help us decide whether he is a truly competent leader and whether he deserves our vote. Knowledge of current events serves as a crucial foundation for our lives. The media help us form such a foundation; they are designed to convey the facts necessary for maintaining pace with the quickly changing world.

These facts, however, are on the decline in television media. American television has succumbed to the toxicity of opinions and falsehoods that pervade America today. The existential conflict in television media is one of contradiction: the media that is designed to inform fails to properly inform. Americans cannot brook such a fatal contradiction if they wish to regard information with the eminent value it warrants.

Turning on CNN in 2020, audiences may be treated with excessive burdens of COVID-19 coverage. Flipping over to MSNBC, viewers may be delighted with a live grilling of President Donald Trump or his cronies. And on Fox News, audiences may entertain themselves with a condemnation of Democrats and “the far left.” The television media are predictable. These three television media giants are the top three news networks in America. However, these top networks revolve solely around the same, repetitive “big” stories, which may regard, for instance, COVID-19, President Trump, or racial justice. The Pew Research Center found that across 106 television broadcasts on nine programs, print media averaged five stories per day. Television media, on the other hand, averaged less than one story per show each day. Each hour and day of television news is reminiscent of the last.

Television media blatantly ignore other prominent stories. What about Uzbekistan’s dam burst, Indonesia’s food production and environmental predicament, or Mexico’s corruption scandal? These were events that occurred in August 2020, yet they were overlooked by most television networks. The stories that television media cover indeed carry great significance. Viewers must understand the scope of the pandemic and stay updated on prominent social justice issues. Some may argue that a briefing on a burst dam in a distant Asian country or Mexico’s government issues is insignificant. Although such world issues may not directly affect us, they still deserve our attention. Crises that occur in other countries could happen to us. Witnessing how people address their problems, as well as the successes and failures of their proposed solutions, can help us apply strategies to similar issues when they emerge. Knowing about other problems in the world can also update us on the world’s status and promote altruism. For instance, one may not have been aware of certain issues in a third-world country, and the information provided to us on these issues may prompt us to donate or advocate for related causes. There is no harm in being informed. We may not see any use in “minor” information. But, in the future, such information may help us—or another person across the globe.

Because of their lack of diversity in news coverage, television media spend exhaustingly protracted time on the same stories. As a result, the media have shifted toward a greater body of commentary on their main stories rather than straight facts on other important stories. A 2012 Pew analysis found that commentary occupied 46% of CNN’s airtime, 55% of Fox News’s, and—disturbingly—85% of MSNBC’s. These top news stations have separated from factual reporting, and instead, they have resorted to opinion-based programming. News networks do not fulfill their informative duty when they allot so little airtime for reporting information; rather, they only fulfill their role to entertain. As an article from The Washington Post declared, “Interview programming, of course, is the ramen of cable news.” Television media evidently prefer the “instant” and convenient entertainment over the stuffy, overbearing facts. It is easy to understand why. Viewers would be more entertained by a feisty rant about Democrats from a hotheaded Sean Hannity compared to a monotonous, factual report about Indonesia from a placid Sean Hannity. The news, however, was not designed to be an opinion-laden ballgame. The news was designed to inform and, after all, report everything that is new. As manifest as that objective seems, the television media still do not report the news to a sufficient extent. Therefore, we must turn away from using television media as an information source, as they have failed to fulfill their role to inform.

Television media networks have been branded by their political biases. MSNBC and CNN lean left, evidenced by their continual disapproval of President Trump. Fox News leans right, demonstrated by their anchors’ relentless attacks on the left. The media’s biases are obvious. 86% of Americans think that the media have a “fair amount” or “great deal” of bias. And as the New York Times declared, “[MSNBC’s] DNA is politics.” That DNA can also be observed in the veins of other media networks. CNN used to be known for its straight, factual reporting. However, as America’s political divide worsened and CNN’s ratings fell, the network started to give audiences the politics and commentary that were warranted for success in a politically charged America. CNN’s transformation displays the weak chance of survival that purely factual reporting has on television.

The bias and commentary that are so prevalent in contemporary media distort the truth. These news sources often politicize issues, meaning that they utilize politics to bend the truth. Fox News superstar Sean Hannity called COVID-19 a hoax. Former primetime host Trish Regan, now dismissed from Fox News, called the pandemic a politically motivated “scam”. In 2009, former CNN reporter Lou Dobbs insistently promoted a conspiracy birther theory about former President Barack Obama. In 2012, MSNBC anchor Andrea Mitchell displayed a maligning doctored video of Mitt Romney. The inaccuracies that come with television media are problematic. In the case of COVID-19, lauded anchors from the most-watched television network—Fox News—stamped falsehoods over their primetime programs. These falsities compelled viewers to ignore the risk of the virus that has claimed almost 900,000 lives worldwide as of September 6. Americans cannot rely on these television networks that brim with such deadly lies. Although the media do largely report the truth, the aforesaid falsehoods must serve as a caution that television media may not be trustworthy. According to a Knight/Gallup poll, 54% of people think television reporters misreport facts while 28% think reporters concoct fake facts entirely. The distrust of television media among Americans reflects the questionability of television media’s informative capabilities. We can watch these news programs for the entertainment of commentary. We cannot, however, solely rely on them for accurate information.

A Return to Qualified Journalism

Television media have the convenience and exhilarating flare that are fundamental to entertainment. All we need to do is turn on the television. Reading print media occupies more time and energy than simply sitting and watching television. Listening to the radio media does not have the visual glamour that comes with television media. There exist many news sources that are better qualified for conveying elevated quantities and qualities of information. Distinguished print sources include the New York Times, The Washington Post, and The Economist; distinguished radio sources include the British Broadcasting Corporation (BBC) and National Public Radio (NPR). BBC is both a radio and television network. However, its British base and notable journalism have been recognized as remarkably distinct from its American cable counterparts. BBC and The Economist differ from other familiar sources in that they are based in Britain. Although they do take sides, this foreign perspective pardons them from America’s toxic political influence to a degree.

All the aforementioned sources are not without bias. Many of said sources do indeed take opinions. For instance, The Washington Post is recognizably critical of President Trump. However, all of these sources are prevalently acknowledged as generally less biased than television media.

Television media can no longer be relied on for abundant and quality news coverage. The media and information are still imperative, and especially with the rise of misinformation and the technological world, television media must amplify the vigorous and factual reporting that we need in our lives.

Disclaimer: The views and opinions expressed in this article are those of the author and/or student and do not necessarily reflect the official policy or position of United 4 Social Change Inc., its board members, or officers.
Tags:MediaNewspoliticstelevisiontv 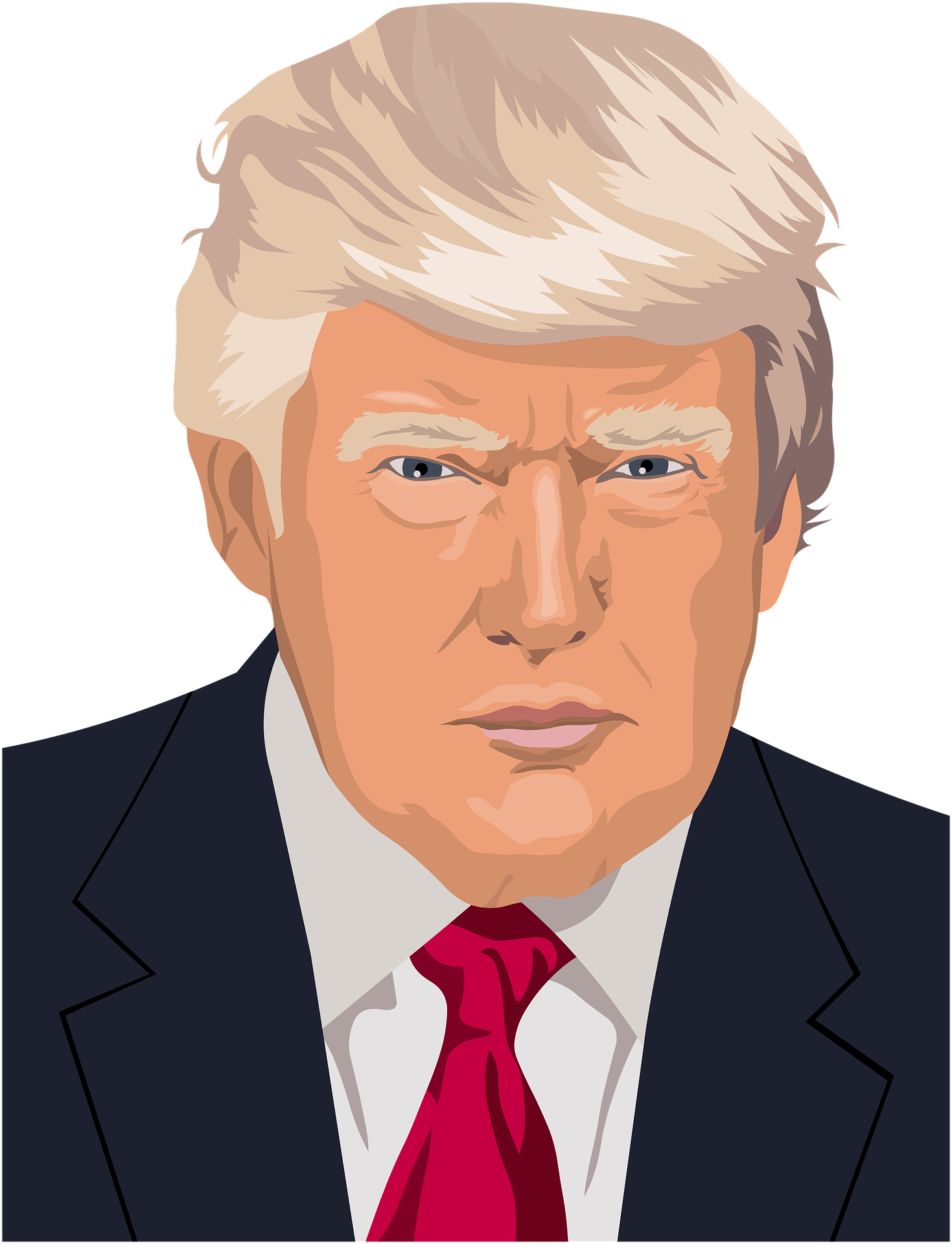