After Ruth Bader Ginsburg, a Supreme Court Justice notable for her feminist beliefs, passed away, Trump nominated Amy Coney Barrett to replace her. She currently serves as an appeals court judge in Chicago and was appointed to this position by President Trump in 2017. She is noted to be “as reliable a vote on the right of the court, as Ginsburg was on the left.” Barrett shares the right-wing and conservative views of President Trump, and it is thus understandable that she is his nominee. However, despite being a well-educated woman, Amy Coney Barrett should not be appointed to the Supreme Court as it will be a regressive step for reproductive rights, the LGBTQ+ community, people of color, and access to healthcare.

Choosing Barrett for the Supreme Court could take away reproductive health rights for many Americans. While Barrett was a Professor at the University of Notre Dame, she spoke about “her own conviction that life begins at conception,” as stated in Notre Dame Magazine. This argument is similar to that of many pro-lifers, but Barrett has also stated that abortion is “always immoral.” As a result, she will fight to overturn Roe v. Wade as well as defund organizations such as Planned Parenthood. Not only will this lead to an increase in unsafe abortions, but it will also negatively affect people of all genders who utilize Planned Parenthood’s services for other medical reasons.

Barrett’s stance on LGBTQ+ topics could create a regressive impact on the community’s rights. The Human Rights Campaign has classified Barrett as “an absolute threat to LGBTQ rights.” In the significant case, Obergefell v. Hodges, Barrett defended the Supreme Court’s dissenters. She claims that Title IX protections do not extend to transgender people and misgendered trans women as “physiological males.” In the upcoming term, the Supreme Court will hear the case, Fulton v. City of Philadelphia, Pennsylvania. This case addresses plaintiffs who claim that the First Amendment right to “‘free exercise’ of religion entitles them to discriminate against same-sex couples.” Having Barrett, a devout Catholic, on the SCOTUS could result in a landmark ruling which would allow for legal discrimination against LGBTQ+ people.

The United States faces numerous issues related to racism, and Barrett’s past work suggests that she may prevent progression towards equity when she is appointed to the SCOTUS. During her time as a judge, Barrett declared that a company’s “separate-but-equal arrangement is permissible,” siding against an African American man. The company wanted to move the Black employee to another store location to segregate him. In the country’s current racial climate, it is likely that new policies will be enacted regarding the issue of racism. It could be a threat to BIPOC Americans to have another conservative Supreme Court judge for this reason.

Millions of Americans cannot afford private healthcare, and Barrett being on the Supreme Court could take away current healthcare legislation. The Trump Administration firmly opposes programs such as Obamacare and Medicaid, and this upcoming term will see a case that could undermine the Affordable Care Act. With Barrett on the Supreme Court, it is highly likely that the court would rule to repeal Obamacare, and “20 million people could be stripped of their health coverage overnight.” This move is regressive and creates a society with greater inequalities between the rich and the poor.

During the first presidential debate, the topic of the Supreme Court vacancy was discussed. President Trump cited his main support of Coney Barrett to be her reputation and education. He stated that Barrett is “respected by all [and a] top, top academic; good in every way.” However, this does not refute the fact that her being on the Supreme Court will likely result in fewer rights for women, BIPOC, LGBTQ+ people, and those of lower economic levels. Further, a distinction must be made between academic intelligence and ethical, empathetic knowledge. Understanding the experiences of various communities and their experiences is essential to being an effective leader.

@weezwrites on Twitter writes, “Ruth Bader Ginsburg is going to be replaced by a woman who walked through every door that Ginsburg opened for her so she can promptly use her position to shut them all for others behind her.”

To prevent Amy Coney Barrett from being sworn into the Supreme Court, sign this petition, “Do Not Replace Ruth Bader Ginsburg Until After Election.” However, it is difficult for petitions to truly work, so the most important action you can take is to vote in this election.

Disclaimer: The views and opinions expressed in this article are those of the author and/or student and do not necessarily reflect the official policy or position of United 4 Social Change Inc., its board members, or officers.
Tags:Amy Coney Barretthuman rightspoliticsSupreme Court

The Effects Of Social Media On Teens' Mental Health 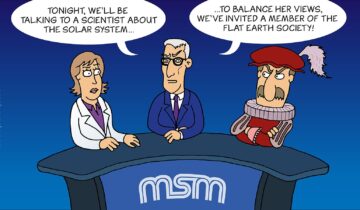